In an attempt to increase economic and political pressure on Turkey by claiming that Ankara only understands from stern language, it should be underlined that a party who has maintained this negative discourse sharing political power in a coalition will have negative consequences for Turkish-German relations. 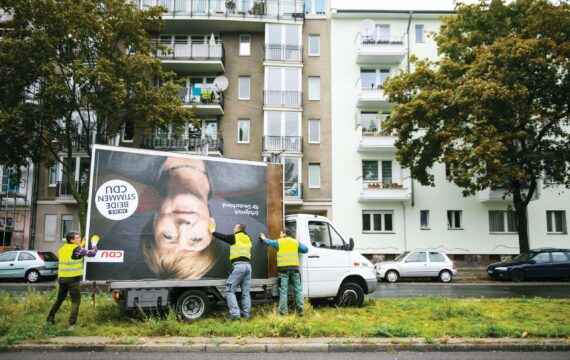 The September 24, 2017 parliamentary elections in Germany seem to have a striking result. For the first time since the foundation of the Federal Republic of Germany in 1949 a party defined as neo-Nazi by most German politicians was able to surpass the 5% electoral threshold and hold seats in the parliament; this could be regarded as the most astounding feature of the elections. While perceiving itself as the insurance of the EU and successfully protecting itself from far-right movements, the victory of the xenophobic, anti-immigrant and Islamophobic Alternative for Germany (AfD- Alternative für Deutschland), which received 12.6% of the vote and obtained 94 seats in the Federal Parliament, marks a new era in Germany.

Besides being xenophobic, anti-immigrant and Islamophobic, AfD’s desire to revert Germany to its nation-state structure, thus standing against the EU, means that Berlin’s role within the union will be increasingly questioned. Seeing itself as the defender of European values and the leader of the EU, while being criticized by many European countries like Poland, Italy, Hungary and Greece for patronizing other countries, Germany will have a hard time maintaining its bid for EU leadership after AfD’s rise. Building extreme right pressure in Germany, similar to France, indicates that the worst is yet to come for the EU, which is already facing the risk of dissolution.

Another significant result of the election is that a three-way coalition government has become imperative for the first time since 1957. As it seems highly improbable that a coalition consisting a center-right, a liberal and a leftist party could be established, let alone stay intact for 4 years, it would not be unrealistic to suggest that serious instability awaits Germany. After 60 years, Germany is once again preparing for a three-way coalition government. While it may be asserted that the country already has a tradition of coalitions as it has constantly been governed by them since 1957, what is important to note is that they have always been two-party coalitions. Bringing business-minded FDP together with the leftist Greens and making them cooperate will be a challenging task to accomplish for the CDU/CSU – the greater partner of this coalition.

Moreover, CSU, the smaller partner of the Christian Union Parties, being in crisis and having issues in communicating with CDU are other factors that could cause instability. Lastly, having 6 parties in the parliament for the first time in 60 years could also cause instability resulting from the distribution of political power between these groups.

Another significant trend reflected by the election results is that the centrist political parties in Germany are continuing to lose votes, as is also the case in other European countries. Although they are still the most powerful parties, unlike those in France, the Netherlands and Austria, Germany’s two powerful centrist parties have lost around 13.8% of the vote in comparison to the previous election. Their combined vote, 53.4%, is the lowest in Germany’s history. This should be regarded as an indicator that confirms the worries of those that fear of Germany’s instability.

Social Democratic Party (SPD – Sozialdemokratische Partei Deutschlands) receiving 20.5% of the vote, thus the lowest in their history, is another astounding result of the election. SPD’s votes, declining since Gerhard Schröder’s resignation from the Chancellorship and party chairmanship in 2005, could partially be explained due to the party sharing its voter base with other leftist parties like The Left (Die Linke) and Greens. Left votes in Germany declining to 38.5% signifies that leftist parties, especially the SPD, are unsuccessful in persuading German voters. When considering that the left had received more than half of the total votes in the 2002 election, which carried Schröder to power, the dissolution of Germany’s left becomes evident. SPD’s votes being distributed between the extreme left Die Linke and the extreme right AfD indicates that this is not an issue only about the German left. On the contrary, it is an issue concerning the whole country and Europe.

Another reality marked by the results of the election is that competing with far-right AfD in xenophobia and Islamophobia, along with competing amongst themselves in anti-Turkey sentiments, did not yield any benefits for centrist parties. AfD, tripling its vote and becoming the third most successful of the election, has shown other parties that advocating their own policies and principles instead of imitating AfD’s xenophobic and anti-immigrant sentiments would have been more credible for their voter base. As a result of the media’s editorial policy, which pumps insecurity, fear and concern, voters who maintain negative views towards migration and foreigners have found AfD’s anti-immigrant discourse more realistic.

Similarly, following the trend of The Left and Greens in terms of anti-Turkey sentiments, centrist parties CDU/CSU and SPD were unable to wrest any benefits from their hostile discourse towards Ankara. The power struggle these parties entered into with Turkey displeased voters who believe Germany is a country of commerce that ought to stay out of any conflict. The antagonistic policies towards Turkey, developed especially by leftist parties, were also punished by conservative voters of Turkish origin. Meanwhile, the anti-Erdoğan and anti-AK Party perception created through the smear campaign carried out by the media served AfD.

Effects of the election results on Turkish-German relations

According to the results of the election, there were two possibilities regarding a coalition. The most probable was the continuation of the “Grand Coalition” (between CDU/CSU and SPD) which was preferred by Chancellor Merkel. However, after SPD Chairman Martin Schulz stated that his party is to become the opposition, the only alternative is the coalition between CDU/CSU-FDP-Greens, which is also known as the “Jamaica Coalition.” Considering that all parties oppose a coalition with AfD, that the leftist parties lack seats to form a “leftist coalition,” and that the CDU/CSU categorically reject a coalition with Die Linke, the Jamaica Coalition becomes the only available option.

Firstly, the Greens, who alongside Die Linke, have led an ideological hostility towards Turkey claiming that if they were to become partners of the coalition they would issue travel warnings as to wreck Turkey’s tourism. In an attempt to increase economic and political pressure on Turkey by claiming that Ankara only understands from stern language, it should be underlined that a party who has maintained this negative discourse sharing political power in a coalition will have negative consequences for Turkish-German relations. Considering that the party consorts Turkey’s domestic affairs into Germany’s agenda through anti-Turkey diaspora members and negatively affects Berlin’s policies towards Ankara, the Greens might exacerbate existing issues between the two countries if they maintain these policies when part of the coalition government.

In such a scenario, potential coalition partner FDP’s intervention and assertion that Germany is a commerce country which should refrain from constructing foreign policy based on ideology gains importance. It is highly likely that the CDU/CSU’s ideological approach towards Turkey was influenced during the election campaign due to Die Linke and the Greens. Within this framework therefore, the FDP ought to take duty in pulling the government back onto a rationalist doctrine.

Future relations between Germany and Turkey will be shaped by a possible Jamaica Coalition, whose major political lines will be determined by either the Greens’ ideological foreign policy or FDP’s expected pragmatism along with Merkel’s CDU/CSU’s approach to these two options.

Ankara’s position is clear. Turkey expects Germany to accept it as a sovereign and equal partner and to halt support to PKK and FETO as a requirement of the NATO alliance.