Is Erdogan the Condorcet Winner in Turkey?

Erdogan knows that he will win in any pairwise election and that is the reason why he presents the elections in dichotomies as in the case of “me versus him.” In a nutshell, if politics is a game, Erdogan knows how to play it. 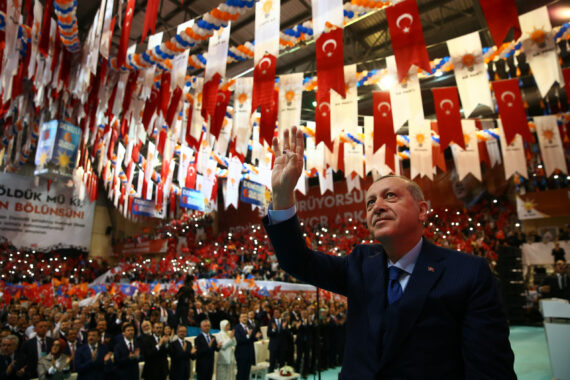 Turkey has already entered the trajectory for the upcoming snap elections of June 24. Since the date was settled just a week ago, what is clear so far is the presidential candidacy of the incumbent Erdogan in the midst of many unknowns. We are still yet to know whether the opposition will run as a bloc with one agreed-on candidate or whether there will be a multitude of candidates to challenge President Erdogan. Despite no clear declaration so far from any portion of the anti-Erdogan camp, the latter scenario seems to be more likely. Given the opposition bloc that the CHP tried to form in 2014 did not work out well and Erdogan won the majority in the first round, the opposition parties now might try to push the race to the second round. And the most plausible strategy for it to multiply the number of candidates so that every segment of society will find its best match on the ballot. Hence, we can see President Erdogan on the ballot alongside challengers from a wide array of ideologies from ultra-nationalists to liberals, from conservatives to Islamists, from social democrats to socialists, from the sympathizers of the Kurdish question to hardcore Kurdish separatists, and so on. In such a scenario, Erdogan may or may not win the race in the first round. If he wins in the first round, it is the same film that we saw in 2014: a clear electoral victory that gives Erdogan to complete Turkey’s change toward a full-fledged presidential system. But what if the elections, in the midst of multiple candidates, postpone the victory to the second round?

Well, the route might be little bit longer in this case but there seems be to be no surprise at the end of the tunnel. The reason is clear. Erdogan is the Condorcet winner of Turkey, which means he will probably defeat any other candidate in the second round, in a head-to-head election. He will probably defeat a candidate who is more nationalist than himself but he will also defeat a candidate who is less nationalist. The same goes for the more or less conservative candidates, more or less liberal candidates, and so on. And this is how we connect the Condorcet method to another well-known electoral concept, the median voter.

If we can align the preferences of Turkish voters along a horizontal line from right to left, the median voter stands where Erdogan is. In other words, Erdogan is right on the spot. And this is the case for any given issue area. The median voter is as nationalist as Erdogan, no more, no less. The median voter is as conservative as Erdogan, no more no less. For any issue area from the Kurdish question to the proper role of the state in the economy, Erdogan has reserved the median spot. This is so partly because of Turkey’s political legacy. The Turkish median voter is not in the exact center but in the center-right of the ideological spectrum, where Erdogan is positioned. This is the reason why single party governments of Turkey’s democratic era have been formed by Menderes, Demirel, Ozal, and Erdogan but not by Inonu, Ecevit or Kilicdaroglu. Nevertheless, in Erdogan’s case, there is more to the story.

Erdogan matches with the expectations of the median voter, but even further, he also has the capability to carry a great chunk of the electorate together with him along the spectrum in any issue area. In other words, he can change the center of gravity in our imaginary horizontal line. His skill to move the center of gravity on top of his representation of the median point are the two reasons why he is the Condorcet winner of Turkey.

As the Condorcet winner, Erdogan has managed to win elections regardless of the voting system, which varied in the parliamentary elections of the past, in the presidential election of 2014, in a number of referenda, and so on. It was so because Erdogan and the median voter have not fallen apart. This is why he kept winning one election after another and there seems to be no reason why he should not again. And he knows it. Erdogan knows that he will win in any pairwise election and that is the reason why he presents the elections in dichotomies as in the case of “me versus him.” In a nutshell, if politics is a game, Erdogan knows how to play it.