Facebook and Twitter abstain from engaging in cooperation on the subjects related to the sovereignty and security of states and eases interventions in countries through social networks. 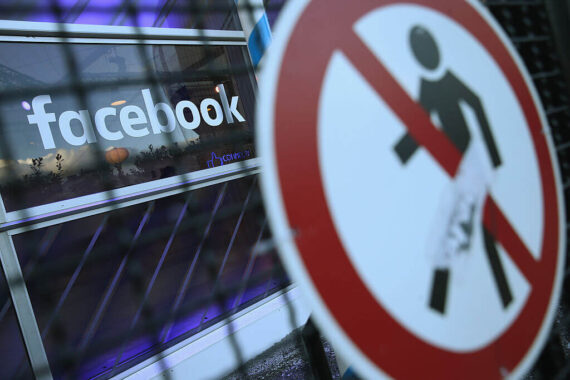 A no entry symbol hangs on an opened gate next to the Facebook logo at the Facebook Innovation Hub on February 24, 2016 in Berlin, Germany. Getty Images

It was presumed that democratic regimes would replace authoritarian ones with the dissemination of access to information technologies. It was also strongly believed that participatory democracy will replace representative democracy with the aim of solving problems that emerged with the obstruction of democratic channels in democratic regimes. So, it was thought that authoritarian regimes would dissolve and the participation in decision-making processes in democratic regimes would be strengthened. However, the structural changes introduced by new media technologies have been misused and have eventually turned into threats against democracy. Internet and social media are among the biggest threats against states and individuals since they have billions of users around the world and millions in many countries.

Lately, many elections have been interfered through social media, cyber-attacks have been organized against various countries and bureaucratic institutions, and mis-informative contents have been formed through fake news. Some networks whose social media platforms are not legal in many countries find the opportunity to propagate far-right, racist or Islamophobic sentiments. The instances of stirring social chaos in countries through fake social media accounts and serving contents that manipulate the public against governments, elections or other groups were observed in the U.S. presidential election, Brexit referendum, and the elections in France and Germany. Moreover, system attacks have been organized in critical situations through various software and algorithms.

The structural changes introduced by new media technologies have been misused and have eventually turned into threats against democracy.

It is noteworthy that global technology companies such as Facebook and Twitter abstain from engaging in cooperation on the subjects related to the sovereignty and security of states and eases interventions in countries through social networks. In the case of Turkey, the country has confronted a slew of problems with several networks, including YouTube, Facebook and Wikipedia. One of the leading problems in Turkey’s case is the removal of misinforming contents on subjects related to Turkey’s national security and prestige and imposition of access block unless such contents are removed.

The debates on blocking access kicked off in Turkey in 2007, when Law No 5651 was enacted and YouTube was blocked across the nation for the first time due to some videos containing insults against Turkey’s founder, Mustafa Kemal Atatürk. In March 2007, the upload of several videos that contained insults against Atatürk on YouTube spurred some heated debates on the issue. The case was submitted to the Turkish judiciary, and the court ruled to block access to YouTube at the end of the judicial proceedings, as a result of which the site was blocked in Turkey for 2.5 years. The videos were finally removed when a copyright agency bought the broadcasting rights of the videos, and thus the 2.5 years of no access ended. In following periods, access block decisions regarding YouTube and other social networks led to new discussions, while many criticisms stressing that such instances had a negative impact on Turkey’s press freedom index were issued.

The causes of the subsequent access block decisions include insults to Atatürk and other statesmen, violations on the subjects concerning national security, and broadcasts of images that violated the right to privacy. To give a recent example, following the killing of prosecutor Mehmet Selim Kiraz by a terror attack organized at the Istanbul Courthouse on 31 March, 2015, access to Twitter and Facebook was blocked in order to prevent the circulation of images that might support terror. The fact that global social networks do not pay attention to the procedures implemented by government bodies for the elimination of terror demonstrates that it is very easy to spread terror propaganda on social media. In April this year, the racist perpetrator who organized a terror attack against Muslims in New Zealand broadcasted the attack live on Facebook, which shockingly manifested to the world public how far social networks can be used in terror activities.

The requirement of ensuring public security, the protection of personal rights and preventing the circulation of baseless claims attempting to smear a country’s dignity in the international arena are among the primary reasons for blocking access. The latest example in this regard is the blocking of access to Wikipedia in Turkey. Some depict Turkey as a country where freedoms are restricted due to this case. Such an impression has been created by those who are not informed about all the aspects of the issue.

Wikipedia has not taken any step to address the legal issue although the court made it clear that Turkey will lift the ban if the contents in question are removed.

Blocking access to Wikipedia as of 2017 is related to the publication of some baseless contents arguing that Turkey supports the Syrian civil war and is on the same front with DAESH. As Turkey’s appeal for the removal of those contents was refused, the court ruled to block access to the website. The reasoned decision of the court reads that the entire website was blocked for the prevention of propagating terror, abetting violence and crimes, threatening public order and national security, and for the protection of people’s right to life and safety of life and property.

The access block to the website has been ongoing as from 2017. The main cause of the current situation is the fact that Wikipedia has not taken any step to address the issue although the court made it clear that Turkey will lift the ban if the contents in question are removed.

The formal and informal aspects of fighting social networks

It has been observed that the extremely optimistic approaches to virtual platforms that were prevalent during the early years of these technologies with the hopes of expanding freedoms evolved into fears and concerns. Along with unauthorized uses of personal data, unmonitored virtual platforms that create serious problems in terms of fomenting radicalization and terror are likely to bring even graver problems in the future.

EU countries in particular are implementing legislative regulations that involve imposing sanctions in cases of terror and radicalization, election manipulations and fake news as they pose problems in terms of sovereignty. To give an example, Germany has enacted a law that rules removing fake news, hate speech and illegal contents from social media platforms.

According to the law, social media sites that do not remove explicitly illegal content will be fined up to 50 million euros. According to the law, the site will have a 24-hour time limit to remove the illegal material and penal sanctions will be imposed on the material that are not removed within 24 hours. The law proposal presented in France for preventing the spread of misinformation is accepted as the first initiative officially banning fake contents in Western Europe. The law draft that aims to prevent the spread of fabricated news via the internet (Lutte Contre la Manipulation de L’information) was adopted by the French Parliament. The law states that the spread of fabricated news might be submitted to jurisdiction and various sanctions such as deleting the news, suspending the account of the user and banning access to the website might be employed.

EU officials underline that the legislations in this field remains insufficient and strict measures must be taken in this regard, which portrays the gravity of the situation. As can be seen in the table below, several states and supra-state bodies implement sanctions on social networks and take deterrent measures when they consider their sovereignty or security under threat.