It is in both countries interests to overcome the crisis, both governments might need to reassess their positions in the near future and reconsider normalizing their relations. This need is particularly pressing for Egypt, which is going through a political crisis domestically and needs to find a way out of this situation. 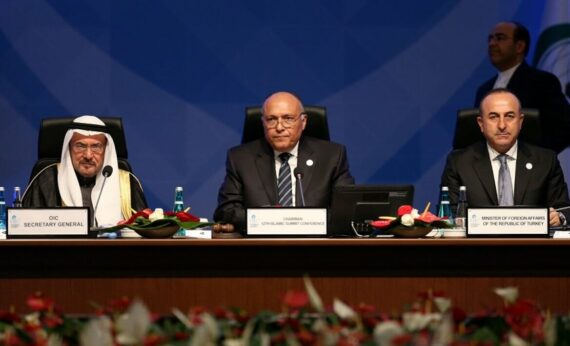 Turkish-Egyptian relations have been in a severe crisis since the military coup in Egypt in 2013. Recent months have witnessed attempts and initiatives that have inspired optimism about the normalization of relations between the two countries. Despite those efforts, which have been particularly encouraged by King Salman of Saudi Arabia, it’s still not easy to think of such a rapprochement. There is a simple problem in this situation, namely that neither Ankara nor Cairo seems willing to take the first step. However, given the fact that it is in both countries interests to overcome the crisis, both governments might need to reassess their positions in the near future and reconsider normalizing their relations. This need is particularly pressing for Egypt, which is going through a political crisis domestically and needs to find a way out of this situation.

The Egyptian Perspective on Normalization

Riyadh wishes to bring Turkey and Egypt back to the table in order to form a strong coalition.

Firstly, Egypt’s relations with Saudi Arabia are an important factor. Riyadh was one of the staunchest supporters of the military coup in Egypt in 2013. Following the coup, the Saudi government provided significant financial assistance to the Sisi regime, enabling it to successfully manage the post-coup period. Despite the change in Saudi leadership in the beginning of 2015, Cairo-Riyadh relations have continued as usual. Saudi Arabia considers Egypt an irreplaceable ally in its struggle against Iran. In the same line, Riyadh also considers Turkey a crucial actor in balancing the expansion of Iran’s influence in the region. Because of that, Riyadh wishes to bring Turkey and Egypt back to the table in order to form a strong coalition.

A recent effort at reconciliation was made just before the summit of the Organization of Islamic Cooperation in Istanbul in April 2016. King Salman made a 5-day visit to Egypt where observers suspect he may have advised the Sisi regime to normalize its relations with Turkey. Notably, the Egyptian Foreign Minister came to the opening ceremony of the Summit in Istanbul, in the highest level visit between two countries since 2013.

Egypt is aware that Turkey is an important partner in economic relations. Egypt is home to a number of investments by Turkish entrepreneurs, and trade between the two countries has increased significantly since 2011. It is in Egypt’s best interest for Turkish companies to continue their investments in the country and create new job opportunities for Egyptians. Additionally, it should be remembered that Turkey is ever seeking to diversify its energy imports, and considers Egypt as an alternative source. Ankara is a potential buyer of Egyptian natural gas which can be piped across the Mediterranean.

Importantly, the Egyptian public is not comfortable with the political stance of the Sisi government toward Turkey. This is mainly because of the positive perception of Turkey in the Egyptian public view. Particularly in recent years, thanks to Turkish TV series and cultural activities, Egyptians perceive Turkey as a friendly nation. Turkey opened the Yunus Emre Turkish Cultural Centre in Cairo and Alexandria, attracting thousands of Egyptian youth for Turkish classes and cultural events. Tourist exchange between two countries had increased significantly, particularly between 2011 and 2013. Considering this background, it is obvious that the Sisi regime provokes more discontent from its public by continuing its alienation from Turkey.

Why Would Turkey Change its Position?

The main motivation behind the Turkish government’s position toward Egypt was the undemocratic nature of the military takeover.

Turkish government has been one of the staunchest opponents of the military coup in Egypt. It strongly opposed the toppling of President Mohammad Morsi, who won the overwhelming majority of votes in the 2012 elections. Ankara has openly criticized the Sisi regime and has allowed persecuted Muslim Brotherhood members to relocate from Egypt to Turkey. The main motivation behind the Turkish government’s position toward Egypt was the undemocratic nature of the military takeover. Since 2013, Turkey has made every effort to undermine the military regime in Egypt. However, the political support of the Western countries and the financial assistance of the Gulf States have allowed Sisi to keep his regime alive. Ankara has realized that it would be very difficult, under the present circumstances, to go back to democratic rule in Egypt. Given these stark realities, Turkey may have to reconsider its politics toward this country for several reasons.

The first reason is the Saudi Arabia factor. Riyadh is one of Turkey’s most important allies in some of Ankara’s foreign policy actions, particularly in Syria and Iraq, and more broadly in its competition with Iran. Riyadh also serves as an important economic partner with huge stocks of natural resources. Therefore, both countries would prefer Egypt not to be an obstacle in their bilateral relations. As Ankara and Riyadh seek to deepen their relations with each other, they are aware of the fact that any differences in their foreign policy priorities should be minimized. This does not mean that both countries will have unanimous foreign policies. However, it should be mentioned that despite their differences, an alliance between Ankara and Riyadh has serious potential to play an important role in Middle East politics. Therefore, it would benefit Turkey to normalize its relations with Egypt, as a means of advancing its cooperation with Saudi Arabia, and wielding greater influence in the region.

An alliance between Ankara and Riyadh has serious potential to play an important role in Middle East politics.

Secondly, in recent months Ankara has confronted a number of foreign policy crises, particularly with the most important actors in the region, namely the US and Russia. Turkey’s downing of a Russian jet in November 2015 led to a serious crisis between Ankara and Moscow. And Turkey’s criticism of US support to the PYD, the Syrian branch of the PKK terrorist organization, created tension between the two countries. In addition to these crises, Turkey has also been confronting Iran’s expansionist policies and hostilities by the UAE government.

Bearing these crises in mind, Turkey is considering new initiatives in its foreign policies. It has been continuing its normalization process with Israel and aims to calm things down with the UAE leadership. In this vein, the recent visit of Turkish Foreign Minister Mevlüt Çavuşoğlu to Abu Dhabi can be interpreted as a timely move. It would be also an important step for Turkey to normalize its relations with Egypt. This would allow Ankara to ameliorate its relations with the governments of Riyadh and Abu Dhabi, the main supporters of the Sisi regime.

Such a rapprochement could help thousands of illegally imprisoned Muslim Brotherhood members, if Turkey were to advocate for their release.

Maybe the most important factor in favor of Turkey’s normalization of relations with Egypt involves the Muslim Brotherhood movement. Normalization could have serious potential for the group’s survival by releasing the pressure imposed on it by the Sisi regime. Turkey could utilize its normalization initiative with Egypt to encourage the Sisi regime to loosen its pressure on the movement. In exchange for normalizing relations, Ankara could stipulate the release of the Muslim Brotherhood leadership from prison. Such a rapprochement could also help thousands of illegally imprisoned Muslim Brotherhood members, if Turkey were to advocate for their release.

In order to overcome Egypt’s political crisis, the Sisi regime has been looking for a solution, particularly in its foreign policy. Normalizing relations with Turkey would be an important tool for Sisi to help ensure his regime’s survival. On the other hand, Turkey also may be better able to help Egypt in the long run by normalizing relations with the country. Normalizing relations would also give Turkey the chance to continue contributing to Egypt’s democratization efforts by serving as a successful model. It should be remembered that whatever steps Turkey may take in this regard would not be motivated by support for the military regime, but rather in the interest of giving Egyptians a light of hope for their future.