Between his campaign promises and disdain for Obama’s foreign policy, Trump is not ready to settle for approaches favored by the “adults” in his administration. Tillerson for him was not the right man for the job of devising a Trumpian foreign policy. 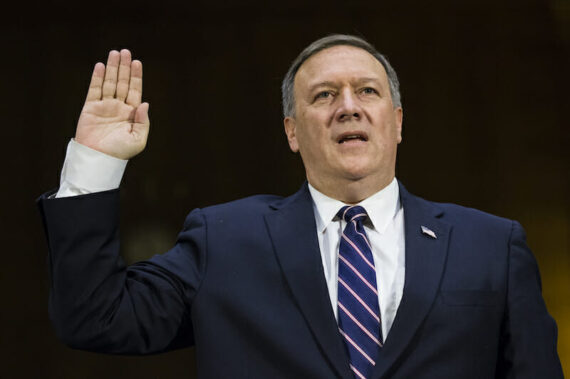 President Trump’s dismissal of Rex Tillerson via a Twitter message together with the appointment of Mike Pompeo to head of the State Department has raised many questions about the future course of U.S. foreign policy. So far, the Trump administration has not exactly put its stamp on foreign policy and continued the Obama administration’s policies, perhaps with less micromanagement and more authority to the “generals.” Between his campaign promises and disdain for Obama’s foreign policy, Trump is not ready to settle for approaches favored by the “adults” in his administration. Tillerson for him was not the right man for the job of devising a Trumpian foreign policy.

In the anti-Daesh coalition efforts, the administration allowed CENTCOM to take the lead and continued the policy of allying with “local partners” (YPG) to defeat Daesh, resulting in tensions with NATO ally Turkey. Trump felt forced to continue the Iran deal, which has irritated him deeply as “ripping apart” the deal was a pronounced campaign promise. On North Korea, Trump sought to apply unprecedented pressure to force Kim Jong Un to come to the table through sanctions and with China’s help. These policies were not significantly different when compared with Obama’s, which is seen as having been bothering the president. It seemed like the Tillerson-Mattis duo was “watering down” Trump’s campaign promises and the maximalist positions he favored. Both on North Korea and Iran, Tillerson looked like he was charting a different path that did not exactly reflect the “Trump Doctrine.”

When Trump answered the journalists’ questions on Tillerson’s firing, he particularly emphasized that their differences on Iran was a major reason. Trump has long been unhappy with the nuclear deal as it signifies a major foreign policy accomplishment of Obama’s legacy. Tillerson, along with Secretary of State James Mattis, has opposed the U.S. pulling out of the agreement and Pompeo seems like the right choice to accomplish a renegotiation (which is unlikely) or simply, the U.S. pullout of the deal. Pompeo has been vocal about his critique of the deal and Trump said they shared the same “mindset” when it comes to Iran. Given their long-standing shared criticism of the deal, it has become very likely that the U.S. would end up pulling out of the deal all together.

When it comes to Syria, Pompeo appears to see it as an arena to confront Iran’s influence, yet similarly shows his concerns regarding the Russian support for the Assad regime either. He shares the same belief as Turkey in that the Assad regime is a source of instability and that U.S. interests will not be served as long as he remains in power. Trump in the past has sought to punish Assad for chemical attacks but refused to pursue a regime change in Syria. It is not entirely clear if Pompeo will try to convince Trump about the need to weaken the Assad regime as a way to reduce Iranian and Russian influence in Syria.

Tillerson certainly seemed to understand Turkey’s concerns about the YPG and established a strategic dialogue mechanism to resolve the differences between the U.S. and Turkey. When asked about the issue in an American Enterprise Institute speech, Pompeo referred to the Pentagon’s commendable work in northern Syria but avoided addressing the “complications.” At the same time, there is no reason for Pompeo to prevent the strategic conversation from going forward. All indications are that he would share Tillerson’s willingness to work with Turkey and continue the discussions on the Manbij issue. Unless, of course, the Trumpian “unilateralism” renders forging a common approach with Turkey impossible.

We will most likely see the continuation of several policies particularly in Syria. However, U.S. foreign policy might become more Trumpian with the arrival of Pompeo. Although Pompeo may help bring a more aggressive posture, the American public’s low tolerance for large-scale military interventions might temper this tendency. Trump promised a heavy-handed approach against Daesh but he also championed non-interventionism by attacking the decision to invade Iraq. Trump most probably perceived Pompeo to be the right man to create and implement the Trump doctrine.