Days of the undisputed Russian cultural hegemony in Central Asia are over and now it is time to focus on the common future. 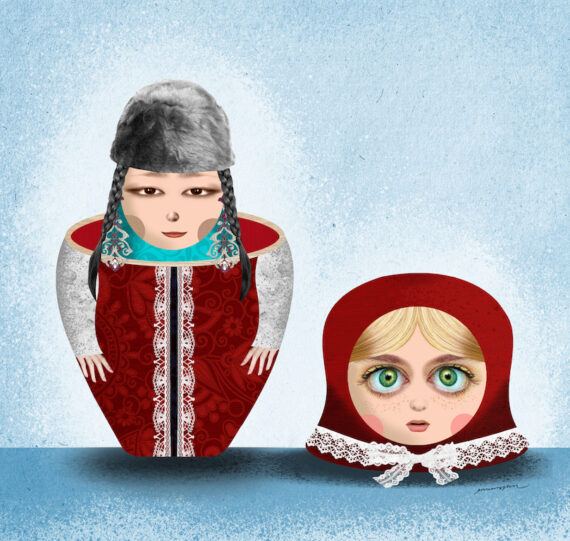 “Attention, this is Moscow speaking!” A Soviet citizen knew that something important would follow this famous radio announcement’s opening sentence. From the shores of the Arctic, the city of Vladivostok, and in the great steppes of Central Asia, this ominous imperative reminded the people under which nation’s guidance they are living.

Even though the ‘national anthem’ of the Soviet Union started with the words “Unbreakable Union of freeborn Republics”, it continued as “Great Russia has welded forever to stand”. Thus, it was clear who was the master and who was the serf in the ‘voluntary’ union. Despite the myths about the creation of the new Soviet man, a trial to create a single Soviet nation from a blend of diverse ethnicities, ‘nationalities question’ followed the Soviet Union until its demise. The quest to form Russian-free national identities in the post-Soviet area is still one of the priorities of the former communist states.

Central Asia, with its geostrategic importance and pathway of the historic Silk Road, hosts significant human potential along with its economic leap in the last two decades. Almost 30 years after the dissolution of the Union, Russia no longer holds the monopoly of cultural hegemony in the region. Russian language is in decline and favored mostly by the older generations. The indigenous cultures and other foreign languages are gaining popularity among the new generation. Furthermore, Russian culture is also challenged by the official changes in legislation.

However, considering economic and historic ties, Moscow is still the most dominant state over Central Asia and is trying to use its soft power as much as possible to protect its economic, political, and military interests.

In 1938, the Russian language became mandatory at all schools in the Soviet Union, which increased the popularity of the language among the newly literate population. 1989 Soviet demographic census showed that 80 percent of the Soviet Union spoke Russian, and most of them were non-Russians inhabitants. The dominance of the Russian language covered all aspects of daily life and business, from media to army to literature. Russian also became a lingua franca among the elites and artists of the Soviet Union from various ethnic backgrounds, and even created a fictive class difference depending on the level to which the language had been mastered.

Read: What’s the Special Chemistry Between Russia and Israel?

Nowadays, the number of Russian speakers is decreasing in Central Asia, where the language is losing its former strength and importance. Apart from Kazakhstan, Russian speakers do not exceed 50 percent of the total population in each Central Asian state, now briefly analyzed in turn.

One of the major problems by the end of the dissolution of the Soviet Union was a demographic problem in Kazakhstan. The northern part of the country was mostly inhabited by the ethnic Russians and despite the mass exodus with the dissolution, they still constitute 21 percent of the total population. The question of loyalty of the Russian population in Kazakhstan was a barrier for  Kazakh nation-building and the sovereign unity of the country after independence. The concerns of separatism even forced the government to move the capital from the southern city of Almaty to Astana (Nursultan).

In the 1990s, 25 to 40 percent of Kazakhs could speak very little or almost no mother tongue, and 65 percent of Kazakhs expressed their Russian knowledge in the level of native or very fluent in a 1989 census. Currently, both Kazakhstan and Kyrgyzstan are leading on the number of Russian speakers and their constitutions give official status to the Russian language.

The situation in Kazakhstan is changing since the former president Nursultan Nazarbayev applied strict policies for the de-Russification during his time. After careful consideration of the necessities of the Russian minority, the Kazakh government created a roadmap to enhance the power of Kazakh in daily business and paperwork and accepted a decree to make parliament and government discussions in Kazakh.

The greatest leap forward came with the presidential decree signed in 2018, implementing the shift from the Cyrillic alphabet to Latin until 2025. The news did not please Moscow, as they saw a threat against their influence in the region. Despite Russian pressures, Nazarbayev firmly stated that the youth should be aware that without knowing Kazakh there will be no chance to work in state offices. 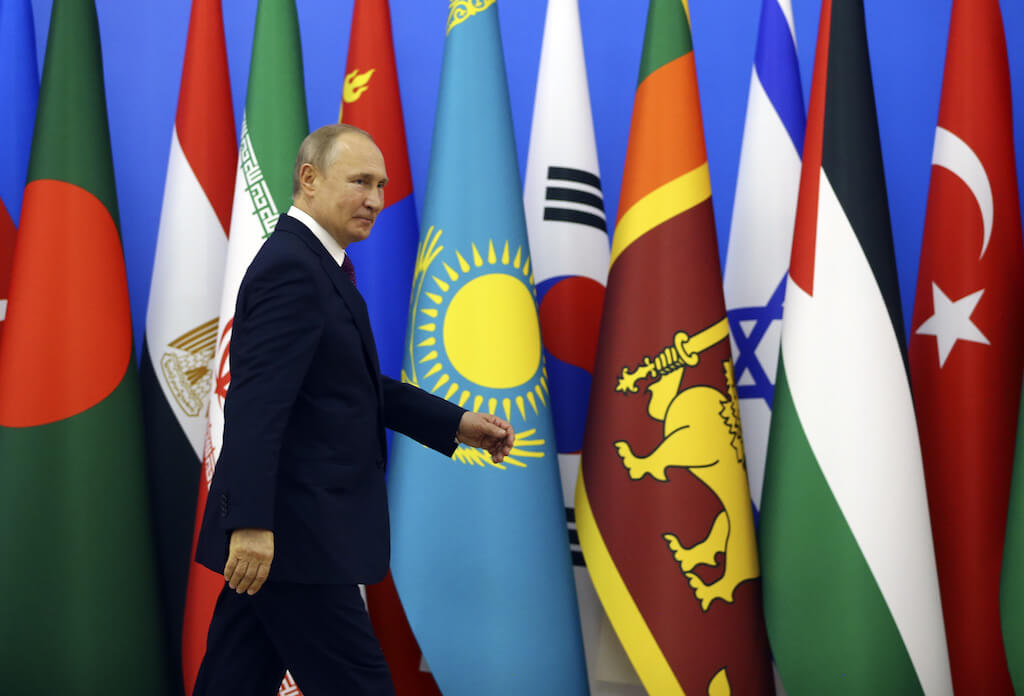 Russian President Vladimir Putin during the 5th summit of the Conference on Interaction and Confidence Building Measures in Asia (CICA) in Dushanbe, Tajikistan in 2019. Photo by Halil Sagirkaya, Anadolu Images

On the other hand, Kyrgyzstan is still under the significant cultural dominance of its northern neighbor. In contrast to all other Central Asian countries, Russian schools are increasing in Kyrgyzstan and most of the higher education is offered in Russian as well. Despite the need to take a language test in Kyrgyz for civil service, most of the daily business is still conducted in Russian. Printed outlets and TV shows in Russian continue to be preferred over Kyrgyz media. The country’s economic reliability on Russia prevents Bishkek applying strict measures as Kazakhstan. However better Russian knowledge of Kyrgyz migrant workers in Russia makes them advantageous compared to others in the market.

In contrast to Kyrgyzstan, Uzbeks are trying to eradicate all remnants of Russian in the government business. Today, the country is preparing a law to penalize government officials for their usage of Russian in official business. Uzbekistan continually reforms the legislation to promote Uzbek and its Latin alphabet as well. However, a wide range of Uzbek language users still write in the Cyrillic alphabet. Despite the decrease in studying Russian, the language still holds significance because of the high numbers of Uzbek migrants, which was over two million who went to Russia in 2018 alone.

Turkmenistan also takes extreme measures against the Russian language since the country distanced itself against everything Russian. Besides strong enforcement of the Latin alphabet, the speakers of Russian are only 18 percent of the country according to a 2013 study. This generation mostly consists of elders who studied in the Soviet Union and still live a hybrid lifestyle, a mix between Russian and Turkmen cultures. There is only one Russian school in Turkmenistan, which is named after famous Russian poet Alexander Pushkin, and the printed and visual media in Russian is almost non-existent in the country.

Besides the non-arguable decline of the Russian language, certain sectors cannot be imagined without Russian cultural influence. Firstly, traditional cultural institutions such as theatre, culture shows, museums, and libraries are mostly under the supervision of the state in Central Asia. These state institutions are still controlled by nomenklatura who were educated in the communist regime and missing their lifestyle and fame in the U.S.S.R. They are mostly the older generations, some of them having ethnic Russian background, however, the rest were brainwashed and assimilated during the Soviet reign. They continuously try to use their influence over the people to create a pro-Russian agenda.

Secondly, the economies of the Central Asian countries are still tied to Russia to a certain degree. Memberships of Russian lead organizations are popular among the regional countries, despite the diminishing political power of Kremlin. Furthermore, the dependency on remittances of Central Asian migrants working in Russia makes it easier for Russia to infiltrate domestic affairs of countries and demand certain rights for the Russian language and culture.

Back in the Soviet days, Russian was almost the only option for Central Asia to have access to global developments. Currently, thousands of students from the region are learning alternative languages and studying abroad. The increasing influence of English, Turkish and Chinese languages shows that the current popularity of the Russian entertainment sector is also under threat of competition. Especially the youth are more aware of global trends and their command on alternative foreign languages allows them to bypass Russian. On the other hand, the nation-building process in the region continues where governments promote local languages and try to make them popular along with English instead of Russian.

Despite centuries-long colonialization, assimilation, imperialism, and demographic manipulations, Turkic nations are still the majority of the population in the Central Asian Turkic republics. To promote their common cultural identity, the International Organization of Turkic Culture (TURKSOY) was founded in 1993 and organizes common theatre, music, art, and literature projects. Moreover, the Turkic Council along with the Turkic Academy created common history and geography textbooks for schools in the member countries. The project tries to avoid a conception of history of the Turkic World that was created by Russian assimilative policies. This is a historic opportunity to finally develop an alternative route to Russian cultural dominance over Central Asia and bring the Turkic World together in a peaceful way.

It is not easy to erase everything related to Russia in 30 years of independence. The ideal of Gaspirali Ismail Bey, “Unity in language, thought and action” is still not achieved but is progressing slowly. Central Asia is located in a challenging geography where both China and Russia are trying to exert their influence and play the new Great Game. Therefore, Central Asian countries need to progress their nation-building as quickly as possible and create national unity that can stand against foreign cultural interference. The future seems promising. New generations are integrating into the developed world, states are trying to protect local culture, and most importantly, Russia is far from being an attractive alternative. 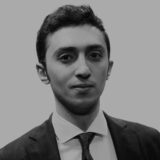 Turan Gafarli is a Researcher at TRT World Research Centre. He holds a BA in History and Politics from Queen Mary University of London and a MA in Transnational Studies from University College London. His research interests include Eurasia and Transcaucasia, and the Turkic World.