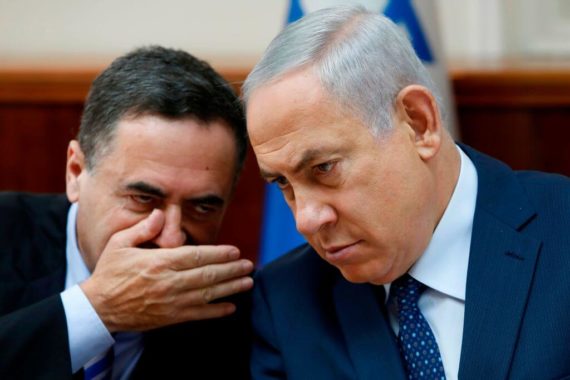 Israeli electoral politics is composed of a variety of parties representing many different interest groups. Large and small political organizations, which may be categorized into religious, ethnic origin and ideological groups, have struggled to exist in the Knesset. The struggle continues among political parties entering the Knesset who are forced to negotiate terms and policies in order to form viable coalitions. However, this sometimes turns into a political deadlock when parties insist on incompatible requirements, as was the case after the April elections. This is the weakest aspect of Israeli politics. It does not seem possible for the government to sustain consistent policies within a divided society and a divided political environment. As a result, Israeli people are going to the electoral polls again on the 17th of September because of unresolved coalition bargaining after the April elections.

Netanyahu, who was accused of corruption and abuse of office before the first elections this year, was able to gain a close share of votes against the Gantz-Lapid alliance. But he was confronted by the secular right and the reaction of former coalition partner Lieberman because of his soft attitude towards the exemption of religious Jews from compulsory military service in the country. Netenyahu’s two indispensable priorities at the end of the elections were to form a coalition and to enact an immunity law. But the concessions he made to religious Jewish parties led the country to a re-election.

As before every general election, national security discussions were at the center of campaign advertisements and discussions before both the April and September elections. As a classic Netanyahu election tactic, announcements regarding the approval of illegal settlements in the West Bank and the escalation of the conflicts in Gaza became routine. Furthermore, Iraq and Lebanon were also affected by the Israeli attacks, while attacks on Syria continued. In other words, when the situation gets hard for Netanyahu and Likud, particularly before elections, party announcements and policies tend to be even more hardline and aggressive.

Turkey as an old but fashionable target

A tweet shared by former transport minister Yisrael Katz, who was appointed Israel’s foreign minister just two months ago, has been on the agenda for some time while campaign tensions peak just one month before the elections. This tweet, which was shared on August 26 via Arabic and Hebrew translations, clearly targeted Turkey and its international legal rights. The tweet reads “I instructed the foreign ministry to halt Turkey’s incitement and subversion in East Jerusalem.”

First of all, these statements provoked negative reactions from many Israeli twitter users and also brought reactions from the Turkish public. Many Israeli and Turkish experts believe that this statement was made to strengthen Likud’s ground within the right bloc. But actually, the situation is a bit more complicated. In the last few years, the government of Israel has become displeased with Turkey’s cultural influence both on the Arab and Jewish population of Israel. Even Turkish television serials are admired and watched by many Israelis; so much so it was recently dealt with as an issue of cultural hegemony by media organizations close to Likud.

Turkey’s activities in Gaza, the West Bank and East Jerusalem can be defined as humanitarian aid, historical restoration, education, and cultural activities. There have been many news reports and articles confirming these activities published by Israeli sources in recent years. The most important fact in relation to this issue is that Turkey’s activities are well known by the Israeli authorities. However, there are two main reasons why creating a bad perception of Turkey has been a focus of debates before the Israeli elections. The first one is the efforts of Likud cadres to prioritize security policies for reelection. The second one is the need to increase the personal political maneuverability of Yisrael Katz, who has received criticism from circles close to the United States and even by US foreign policy staff.

Netanyahu’s failure to form a coalition government, the renewal of elections, and the attempt to cancel the new elections once the negative results of electoral surveys became known, is proof that Likud will pursue every possibility available to them without hesitation before the elections on the 17th of September.

Furthermore, attacks on Gaza and Syria are being used as part of Likud’s election propaganda, as well as announcements increasing permits for illegal settlements in the West Bank. As the elections approach, Lebanon and Iraq have also been targeted. Furthermore, investigations into Netanyahu for corruption and bribery, which will likely result in prosecution, remains on the agenda. The trial of the Minister of Social Welfare Haim Katz for fraud and abuse of office and investigations into critical tenders during Yisrael Katz’s helm of the ministry of transport are other issues that make Likud’s election difficult. Katz has been criticized for giving Haifa’s commercial port and many rail systems to Chinese companies. This is despite the objections of the U.S whose 6th fleet is anchored in the military base section of Haifa Port. This is the most important external dynamic that has pushed Netanyahu in these elections. As Netanyahu and his party are moving towards the election with this challenges, Katz’s tweet needs to be considered in this context.

When we look at Katz’s profile, we see that beyond his long-lasting political comradeship with Netanyahu, he is a publicly criticized figure with aggressive attitudes towards Palestinians going back to his military and college life. Although he is a Likud member that Netanyahu cannot easily dismiss, he has attracted suspicion as the former transportation and intelligence minister because of the million dollars tenders he awarded to China. Furthermore, Katz is not hesitating to screen views hostile to Turkey for personal political interests. But it is a matter of curiosity how seriously this approach will continue as Israel receives two billion dollars in annual imports from Turkey and the Ben-Gurion Airport is connected to many parts of the world via Istanbul Airport both in terms of passengers and logistics.