Chirac has had a fundamental impact on the trajectory of the French system of government and its consolidation over the years. He consolidated the country’s current president-party relationship. 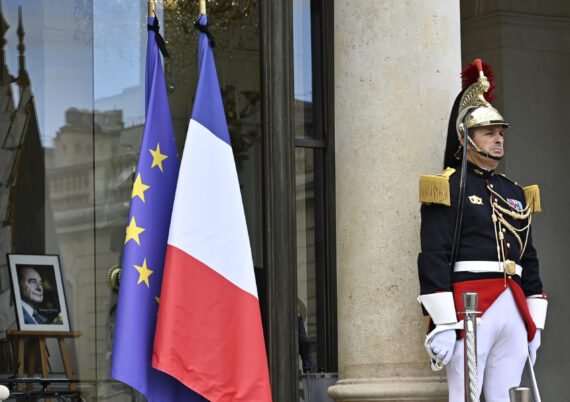 After the death of former French President Jacques Chirac, a ceremony was held at the Élysée Palace in Paris, France. AA

Former French president Jacques Chirac passed away last week at the age of 86. As a well-known personality with a political career spanning more than 40 years in France, Europe and internationally, several articles on his life have been published in the past days. Most of those briefly summarized his life, focusing on the most interesting incidents of his career both domestically and internationally. I do not aim to repeat these details, though some significant points should be addressed.

As a representative of the so-called Neo-Gaullist stance, Chirac started his political career by entering the French Assemblée Nationale. In the following years, he was promoted by former Presidents Pompidou and Giscard d’Estaing. However, disagreements with d’Estaing became more and more obvious. Consequently, Chirac quit his job as a high ranked member of his cabinet.

Chirac led his RPR party (Rassemblement pour la République / Rally for the Republic) between 1976 and 1994, which he had established after he quit his membership at Giscard’s UDR in 1976, both officially and later during his presidency in a de facto way.

In 1977, Chirac was elected as the first elected mayor of Paris, which contributed to his increasing popularity. When the Socialists under President François Mitterrand achieved power at the presidential level, by lost the majority at the legislative level, Chirac was appointed as prime minister by Mitterrand.

Under this so-called “cohabitation” period, and after serving two times as prime minister, Chirac finally won the French presidency in 1995. Following this first tenure which lasted seven years, he once again became President in 2002, receving 82 percent of the votes in the second round against far-right Jean-Marie Le Pen.

By this, Chirac became France’s second longest serving post-1945 president after his predecessor, socialist President Mitterrand. Although Chirac was given a suspended jail sentence in 2011, for corruption during his period as mayor of Paris (1977-1995), today, he is still considered the most popular French president (33 percent), according to polls, even more popular than François Mitterrand (21 percent) and Charles de Gaulle (17 percent).

Despite his position in the international context, in my opinion, Chirac has had a fundamental impact on the trajectory of the French system of government and its consolidation over the years. He played important roles in his stance against the U.S. invasion of Iraq in 2003, his positions regarding Turkey in the EU context, and his very controversial decision of ordering tests of French nuclear weapons in the South Pacific subsequent to being elected as President in 1995.

Despite these issues, Chirac has been a main figure who shaped and consolidated the country’s “presidentialized” framework and, particularly, its current president-party relationship. President Chirac, who had one of the longest continuous political careers in France and Europe, is seen as a successor of previous leaders such as Charles de Gaulle and Georges Pompidou. Described mostly as a so-called “Neo-Gaullist”, referring to the “founding figure” and first president of the Fifth Republic since 1958, Chirac is also considered a nationalist in the specific French context and among French republicans.

Like all French presidents, who became influential political figures in the country since the adoption of the 1958 Constitution, Chirac, too, dominated the political scene, particularly in his first tenure from 1995 to 2002. He supported constitutional reforms which reduced the tenure of the president from seven to five years, while changing the election periods. This meant that since 2002, parliamentary (legislative) and presidential (executive) elections are held quasi-simultaneously, that is to say, legislative elections are held only some weeks after the presidential elections. Consequently, due to the so-called “coattail effects” which are also seen in the U.S. presidential context, no “cohabitation” cases occurred again. And due to this, the president is able to work in harmony with a parliamentary majority.

In order to understand the specific path of France and the trajectory of its system of government, it is useful to explore Chirac’s political path, the manoeuvres of his political party and its relations between the executive and the legislative arms of government. Chirac’s successor President Sarkozy also continued with similar president-party relations by broadening the informal relations to a more formal one.

Today, the French semi-presidential system is based on a leader focused presidency that mostly operates through the president’s party or supporting parties. Most likely, the same counts for President Emmanuel Macron, who is the informal but actual leader of his so-called En Marche! party.