Economic crimes of kleptocratic nature have the potential to go unacknowledged without substantial communication among states. 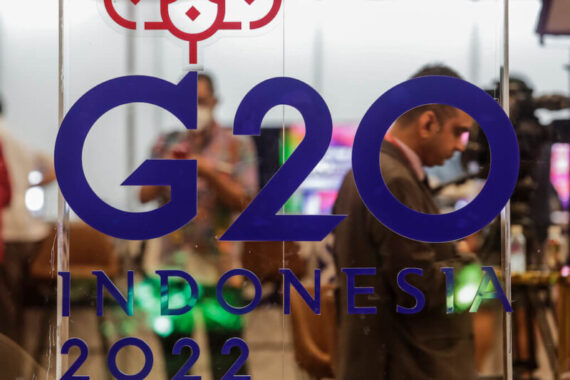 lobalization has paved the way for intricate networks of illicit financial activities that have drawn attention because of the harm they cause to democracy.

Recently, Chatham House removed the name of Russian-Turkmen ex-banker Dmitry Leus, a Conservative Party donor, from the “The UK’s Kleptocracy Problem” report after a “threatened legal action for libel.”

Prior to the war, the UK maintained a relationship with Russia despite the present—but not as publicized— illicit economic activities of kleptocratic actors. Since the Russia-Ukraine war, the UK has further funded the National Crime Agency (NCA) to tackle economic crimes. It even strengthened the U.S.-UK sanction partnership for national security. Both countries deepen their foreign policy cooperation with a joint aim for wider awareness as these transnational crimes pose economic and political threats to national security.

Here the unanswered question is whether this move forward represents a firm stance by the UK and U.S. to overcome transnational crimes, in general, or just towards Russia because of the Russia-Ukraine war.

The use of the term “kleptocracy” is more prevalent in UK and U.S. discourse especially since efforts of addressing this form of corruption have become more publicized. This effort can be noticed to specifically highlight only the cases related to Russia and post-Soviet countries. Kleptocracy refers to political actors engaging in illicit economic activities, while exploiting the complex economic structures for their own gain at the cost of the country’s citizens.

Economic crimes, kleptocracy, and its effects

Economic crimes, especially money laundering and tax fraud, have developed into complex systems with the development of globalization. Kleptocracy refers to a “rule by thieves” and a specific form of corruption. Economic crimes are committed by political agents for personal gain. Money laundering and the exploitation of global economic systems, structured by political agents, are perpetrated for personal benefit.

It is claimed that Russia and post-Soviet nations such as Kazakhstan, Uzbekistan, Azerbaijan, and Kyrgyzstan have laundered money to the UK through offshore companies and bought properties for personal gain; however, if true, these tendencies pose a global problem.

In their report on kleptocracy, Chatham House, states that “kleptocracy also poses a potential security threat when it involves the merger of the contest between states over national interests and the conflict between elites over their vested interests.”

The next era of world order is expected to be that of multipolarity. Recently, Vladimir Putin, at a meeting with the heads of the CIS Security and Intelligence Agencies, stated, “The world is changing and indeed becoming multipolar.” He went on to emphasize that “some players in the international community are trying at all costs to maintain their faltering hegemony … against those who disagree with their policies.”

Economic crimes of kleptocratic nature have the potential to go unacknowledged without substantial communication among states. What this multipolar world will look like is deeply rooted in the nature of the mutual interests and ideals of democracy.

“Corruptly acquired capital does not merely flow to ‘havens’ in Europe and the U.S., but also increasingly to Middle Eastern and Asian financial centres such as Dubai, Hong Kong and Singapore,” observed the report by Chatham House. “This is truly a global problem,” the report continues.

Putin has even called on the Arab League Summit in his quest for a multipolar world. He openly encouraged the U.S. to accept this new era of multipolarity while simultaneously establishing strong ties with China for a “just, democratic and multipolar world order.”

Given that economic crimes related to corruption are a transnational and global problem, it will require a global solution. The economic gain of a few translates into disastrous effects on citizens, social stability, and ties between states.

Already in the midst of a Russia-Ukraine war, international relations are heavily skewed while efforts to confirm an agreement are ongoing. Saving democracy from economic transnational crimes is another tough conversation.

Countries like the UK and U.S. have openly started working to address these concerns publicly with Russia and post-Soviet countries at the center. These joint UK-U.S. efforts have been persistent. Whether economic crimes related to kleptocracy and corruption will be a topic in the G20 Summit is a matter of debate.

Since economic crimes of corruption and especially kleptocratic crimes have been a concern among states, and efforts are being made to tackle corruption, the fact that only certain countries have been targeted—given the political climate or the existence of persistent structural issues among certain nations—does not go unnoticed.

Şilan Çeçen is currently studying MA Political Science: Philosophy and Political Theory at the University of Manchester, Şilan has received her BSc in Criminology at the University of Bristol. Alongside exploring the cause-effect relationship of crime/harm regionally and globally, other areas of interest cover international relations, human rights and moral philosophy.