KRG and Syria: the agenda in the Middle East

Referring to the British spy T.S. Lawrence, who was connected to the Arab revolt against the Ottoman Empire during the First World War, the President stated that “New Lawrences [of Arabia] will not succeed this time, I want you all to know that.” 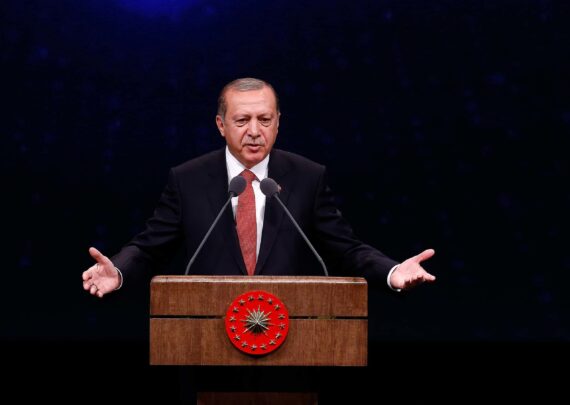 The referendum that took place on Monday in northern Iraq asking residents of the KRG-controlled provinces whether they want to break from Baghdad continues to occupy the political agenda in the Middle East.

During a police graduation ceremony at the Presidential Palace in Ankara, President Erdogan stated that Turkey would not permit new “Lawrences of Arabia” to unsettle the region.

“Just as we did not allow the fire which burned in Syria to spread to our country, hopefully, we will stop the attempted instigation in Iraq.”

Referring to the British spy T.S. Lawrence, who was connected to the Arab revolt against the Ottoman Empire during the First World War, the President stated that “New Lawrences [of Arabia] will not succeed this time, I want you all to know that.”

In reference to the recent developments in northern Iraq and the increasing threat of terrorism, Turkey’s Defense Minister Nurettin Canikli told journalists that “the PKK terrorist group appears to be expanding its presence seriously in northern Iraq. So, the threats coming from that side are on the rise.”

“Turkey cannot remain indifferent to this. Turkey will take all necessary steps and measures to eradicate the threat.”

In regard to the KRG’s illegitimate referendum, which is not recognized by the UN, US and western Europe, Canikli said that this move would lead to conflict.

He added that any plan to establish a new state would set the region on fire, and bring more conflicts to the global stage.

Close to the referendum, and following, Ankara has launched a military exercise, along with Iraqi forces, across the border from KRG territory and has threatened restrictions at the main frontier crossing.

New attempts in solving the crisis in Syria

The ongoing civil war in Syria continues to remain a hot topic for Turkey not only because it is a neighboring country but also due to the 3 million Syrian refugees that the country is hosting.

On Wednesday, sources from the Presidency stated that recent developments in Iraq and Syria were discussed in a security meeting in Ankara chaired by President Erdogan.

Turkey’s military campaign against terrorism as well as other developments in the region were also discussed in the meeting.

More, on Wednesday UN special envoy Staffan de Mistura announced that an eighth round of Syrian peace talks is expected to be launched next month.

Speaking at a UN Security Council meeting in New Yotk, Mistura stated that “I wish to confirm today my intention to convene the eighth round of intra-Syrian talks in Geneva in about a month from now – the precise date is to be determined.”

However, he added that “it should be no later than the end of October or very early in November.”

De Mistura urged both sides to “assess the situation with realism,” and to participate in the talks “without any preconditions.”

While mentioning that Daesh was “being beaten back” by a U.S. led international coalition, he warned that the four de-escalation zones created in eastern Ghouta, north of Homs, and in Idlib “must not lead to a soft partition of Syria.”

U.S. envoy to the UN Nikki Haley said that a political transition was “indispensable for peace,” but that it must be “one that does not allow Iranian influence to replace ISIS or Assad in power.”