Will Israel and Lebanon finally settle their maritime border dispute? There are positive signs; yet, it may still be too early to praise a deal. 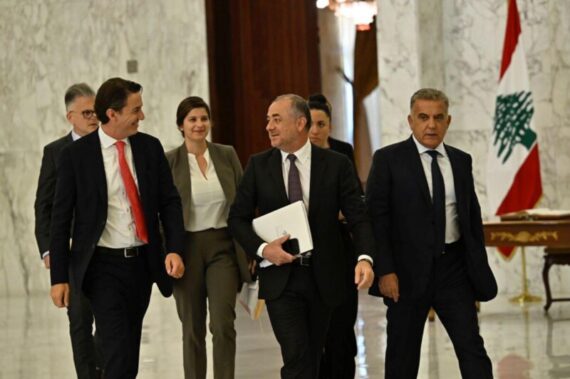 srael and Lebanon are moving towards an agreement on the longstanding maritime border dispute. The dispute had been a cause of tension between the two sides for over a decade and indirect negotiations have been going on since 2020.

U.S. envoy Amos Hochstein sent the latest proposal to the two sides last week, on September 30. The draft aims to settle claims over offshore gas fields. Recent discoveries in the Eastern Mediterranean have shown the disputed waters to be rich in natural gas and have raised the stakes.

Hezbollah, which had been opposing the previous drafts of the deal and had threatened Israel against utilizing offshore gas fields, seems to now be giving the green light.

On October 1, Hezbollah leader Hassan Nasrallah said in a speech that the draft deal was a “very important step” and that the next few days would be “crucial.”

“We support the Lebanese position so that we safeguard our right to demarcate our maritime borders and invest in our gas,” senior Hezbollah official Mohammad Raad said.

With the Lebanese economy suffering, Hezbollah has pledged to abide by the agreement which may relieve some of the strain on the economy.

On October 1, Lebanese President Najib Mikati spoke of a “positive atmosphere” on the topic and that a deal would soon be reached, possibly before his term expires on October 31.

Nabih Berri, one of Lebanon’s powerful leaders and an ally of Hezbollah, said that the draft agreement “in principle meets the Lebanese demands.”

Lebanon has submitted a list of changes that it would like to see in a proposal on how to delineate a contested maritime border with Israel to the United States.

Lebanon presented its response to the deal with modifications to the U.S. ambassador on October 4. “I think that it is now in the hands of the U.S. mediator,” deputy parliament speaker Elias Bou Saab said. Bou Saab also stated that he does not think the proposed changes would derail the deal.

Israeli Prime Minister Yair Lapid said that they were “discussing the final details” and that it was too early to commend a done deal. While the details of the draft were not revealed to the public, Lapid stated it “safeguards Israel’s full security-diplomatic interests, as well as economic interests.”

“The security of the north will be strengthened,” he continued. “Money will flow into the state’s coffers and our energy independence will be secured.”

The Karish and Qana fields

Mediation efforts were put on hold when Lebanon demanded that the map used by the UN in the talks be changed. Lebanon and Israel have no diplomatic relations and their land border is patrolled by the United Nations.

Negotiations progressed after Lebanon modified its position concerning the Karish natural gas field. An agreement would allow the use of the gas field in the Eastern Mediterranean Sea.

Earlier, Hezbollah had threatened to attack if Israel began extraction from the field before a border deal was reached. Nasrallah had warned that the group’s rockets were “locked on” Karish to deter Israel.

Israel argues the field falls in the area recognized by the UN as its exclusive economic zone claiming the right to develop the territory, while Lebanon objects to these claims.

Furthermore, the deal, if approved, may pave the way for Lebanon to develop the disputed Qana field.

Israeli President Lapid stated that Israel would not oppose the development of the Qana field by Lebanon and that Israel would receive a share, implying that the proposal included a revenue-sharing mechanism. “Such a field will weaken Lebanon’s dependence on Iran, restrain Hezbollah, and promote regional stability,” he continued.

However, statements by Lebanese officials are contradictory. After Lebanon’s new modification requests, Bou Saab said that Lebanon had secured all the maritime blocs it considered its own and that the country will not pay one cent from its share of Qana or Karish gas fields to Israel.

Israel will have elections on November 1, its fifth in less than four years. Commenting on the deal, former prime minister Netanyahu said, “If this illegal ploy passes, it won’t oblige us.”

Netanyahu, who aims to return to power, warned that the right-wing government he intends to form could undo the agreement.

In light of the economic collapse in Lebanon, upcoming elections in Israel, and contradicting statements from leaders, will Israel and Lebanon finally settle their maritime border dispute? The leaders’ outlook seems to be positive; yet, it may still be too early to praise a deal.