Lessons on a New Kind of Political Communication to Win the Silent Majority: US Elections 2016

The rise of the far right has grown on the back of highly divisive, identity-based rhetoric. It emphasizes the growth of fear, anger, Islamophobic discourse and anti-migration policies. How this new wave will impact realpolitik going forward will be watched by many with great concern and unease. Yet it is clear that this new paradigm is a revolt against the postmodern period, which has been increasingly candidate-centered at the expense of any party or social movement. 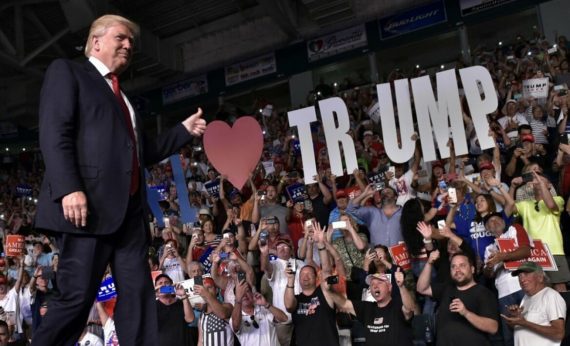 Political communication is closely related to rhetoric, discourse and political ideology realized through engagement. This was evident in the most recent US Election, which was particularly important as an example of the relevance of the ‘silent majority’.

Middle EastBy Politics Today
During the election, the CEO of Goldman Sachs called Bernie Sanders, the Democratic Party presidential candidate, ‘dangerous’. This led Donald Trump, President-elect, to describe Sanders’ backing of Hillary Clinton after his defeat as equivalent to “Occupy Wall Street endorsing Goldman Sachs”. On the other hand, a real estate tycoon who inherited a business empire was campaigning to be the president of America’s “forgotten men and women”. This paradox was the real face of the latest US elections, which on the one hand challenged the political status quo, and on the other, re-conceptualized political communication in the context of the silent majority.As many important technological developments in electioneering have their origin in the United States, the term ‘Americanization’ is a crucial concept within political communication. Opinion polls, telephone canvassing, direct mailing, faxing, campaign consultants, market research and television saturation are all Americanisms. Ostensibly, the purpose of these tools of political communication is to gain the support of voters who can be summarized as either: 1) uncommitted voters who are there to be won, 2) hostile voters who must be converted, 3) loyal voters whose loyalty must be reinforced, or 4) all potential supporters who must be motivated to go to the polls.However, during the 2016 US Election this interaction had a different dimension. When analyzing how political communication was re-designed, the messages and language used during the campaigns must be considered. It is important to highlight that both candidates were less popular than previous presidential nominees. It was a race in which Trump’s abuse and harassment of women and former Secretary of State Clinton’s email scandal were at the forefront of media coverage. Despite this, the popularity of Clinton was unquestionable.

When Slovenian Philosopher Slavoj Žižek emphasized that “Hillary Clinton built an impossible all-inclusive coalition”, he focused in particular on the media, think tanks and election polls. However, this could be seen in all three presidential debates too: after each debate, most mainstream media outlets announced Clinton as the winner, which was endorsed by the polls. Trump claimed this was proof his opponent was “Crooked Hillary”, a term he coined for emphasizing her ties to the so-called “establishment” as negative, referencing traditional politics, moneyed interests and mainstream media.

Whereas Clinton’s “deep state relations” undoubtedly affected public opinion, Trump’s inappropriate comments against women, immigrants, Muslims and disabled people had a crucial impact, which further increased the polarization of society in the US. In addition, his attacks on journalists and media outlets were important factors never before witnessed in any presidential race in the US. This populism had an encouraging impact on the “silent majority”: the “white working class”. Americans felt able to raise their voices after a long period under the Obama administration. People who were not happy for the last eight years knew that electing Clinton would mean the continuation of the previous terms. Therefore, the success of the Republicans was not only due to their political proposals, but also the failed policies of the Obama administration, such as ObamaCare, drone wars, weapon exports to controversial regimes, and a string of unfulfilled vows to defeat DAESH.

Clinton’s popularity began to shift two weeks prior to the election, when details of the email scandal was released to the press. She was depicted in the headlines alongside words such as: Wikileaks, email, FBI, investigation, scandal. However, it was more difficult for Trump, who appeared in the press alongside the words: women, immigration, tax, sexual assault and rigged, and suffered a far longer period of attack than his rival. Despite the mainstream media’s anti-Trump coverage, his use of direct communication through social media was hugely successful. He utilized Twitter and Facebook effectively, bypassing the traditional media by releasing immediate video responses that reached his sympathizers directly, making him appear more accessible than any other candidate. He rarely organized press conferences and press releases. Instead, he tweeted at 3am, for example, which increased the impact of his messages when mainstream media took his tweets and covered them in the news. Thus emerged a new mode of political communication, which was crucial to the campaign agenda.

In particular, after his infamous bus conversation about women, Trump immediately apologized via social media, without losing any time, and admitted that he had mis-spoken. This incident marked the beginning of more intensive women-focused campaigning for Trump. Part of the strategy was his daughter, Ivanka. She and her family appeared more at the forefront of the campaign, as a way of focusing on her successful career as an “independent American woman.” As a result, Trump received the support of 53% of white female voters.

Symbols and messages are the key tools of political communication. With regard to Bernie Sanders’ political communication, his political ideology should also be considered within the context of the silent majority. He challenged the status quo by criticizing the liberal capitalist order, proposing a strengthening of the education system instead of funding the military, and advocating free education. His absence from the AIPAC conference was equally important. Although he expressed his support for Israel, he also criticized Israeli settlements, the Israeli prime minister, Benjamin Netanyahu, and Israel’s actions in Gaza. Considering this approach alongside polls conducted by Pew Research showing that support for Palestine had increased among the younger generation; Sanders’ strategy was another way of raising the voice of the silent majority within the context of the oppressed and voiceless.

Yet Trumps success story must be analyzed within the context of the decline of the elite. Marine Le Pen’s popularity in France, Brexit in the United Kingdom, the anti-migration policies of the Alternative für Deutschland can all be perceived as a new wave of mobilization of the silent majority. Of course, all these examples have different dimensions and cannot be confused; nevertheless, the common trend seems to be about challenging the establishment, and a greater focus on domestic problems. Consequently, in these circumstances, the meaning of polling, marketing, image management and spin-doctors, as in the usual “Americanization” of elections, received no response. Whether the realization of politics is possible or not, the latest US election and the far-right’s discourse in Europe make clear that especially during the election period, populist discourse is the most effective way of political communication, which is the cornerstone of the success story.

The rise of the far right has grown on the back of highly divisive, identity-based rhetoric. It emphasizes the growth of fear, anger, Islamophobic discourse and anti-migration policies. How this new wave will impact realpolitik going forward will be watched by many with great concern and unease. Yet it is clear that this new paradigm is a revolt against the postmodern period, which has been increasingly candidate-centered at the expense of any party or social movement.

Taner Doğan is a PhD Candidate at City, University of London, and Member of Chatham House and International Studies Association.