The future of Muslims in America is dependent on whether they are willing to set aside the convention and be innovative in ways to empower their communities. 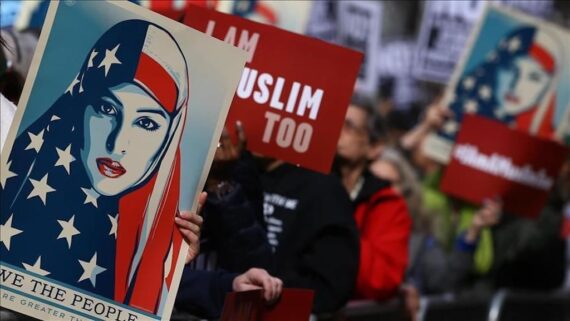 The 2020 presidential election showed record number turnout from American Muslim communities. 70 percent voted for Democratic presidential candidate Joe Biden, while 17 percent voted for Donald Trump. As American Muslim communities voted overwhelmingly Democrat in the previous years, their vehement opposition to another Trump presidency does not come as a surprise. Trump reminded American Muslims of the violence they experienced under George W. Bush. Islamophobia in its rawest form was on display in the very onset of his presidency from the announcement of the Muslim Ban on immigrants coming from Muslim-majority countries to halting assistance to Syrian refugees to valorizing the death of Muslim prisoners “dipped in pigs’ blood.”

The violent policies and wars of post-9/11 America are embedded in the memories of Muslims today. Domestically, Muslims were targeted as a suspect population and government policies as well as the social climate of socio-political exclusion drastically shaped American Muslim life. Muslims faced deportation (sometimes regardless of citizenship status), interrogation, surveillance, random searches and acts of hate crime. Violence against Muslims was institutionalized. This became evidently clear with the wars on Iraq and Afghanistan. The state convinced the American people they were fighting acts of violence as they destroyed Muslim-majority countries to oblivion. American Muslims watched in anxiety as the state created Islam its enemy.

In 2008, American Muslims voted for Barack Obama with hopes of breaking away from the legacy of the War on Terror. Obama, however, enforced the Islamophobia prevalent with the Bush Administration. As president, Obama expanded the Patriot Act that allowed the arrest and deportation of U.S. Muslims citizens and non-citizens alike without due process of law. He categorized American Muslims killed in drone strikes overseas as “enemy combatants,”  withdrew his promise to close Guantanamo Bay, and instead, created a “kill list”, a sweeping provision allowing the indefinite detention of U.S. citizens without charge.

We will see more Muslims running for office and calling for an end of unconstitutional surveillance on their communities in the United States.

The Obama Administration also perfected and expanded Countering Violent Extremism (CVE) programs, a dystopian “pre-crime” targeting method that almost exclusively profiled, surveilled, and infiltrated American Muslim communities and places of worship. CVE was based on contrived criteria such as religious tendencies and political activism. In cities like New York or Los Angeles, the police became the arm of CVE through their “community mapping” programs to “identify Muslim community susceptible to violent ideologically based extremism.” Under Obama, CVE became the government’s top national security priority which permeated throughout the country. 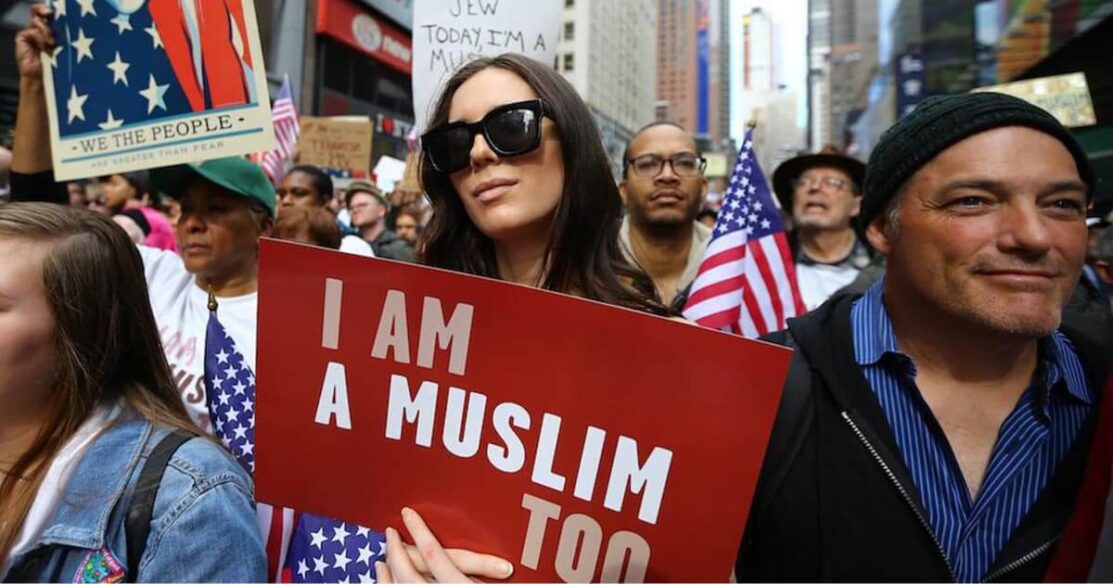 By 2017, 47 percent, nearly half of American Muslims believed neither party was friendly towards the interest of American Muslims. For some, the Obama presidency revealed that the Democratic establishment did not relieve Muslims from the expansion of the War on Terror, but accelerated it.

Just as it was apparent with Obama, Joe Biden and his VP pick, Kamala Harris are not anti-Islamophobia candidates.

Just as it was apparent with Obama, Joe Biden and his VP pick, Kamala Harris are not anti-Islamophobia candidates. Just as violence against Muslims happens through various methods, including war, both Biden and Harris are vicious allies of the military. Biden was directly involved in the advancement of the Iraq war and just recently professed his intention to keep special operations in the Middle East, while Harris voted against even a moderate cut in the gargantuan military budget in the middle of the COVID-19 crisis.

Yet some American Muslims responded differently to these challenges than others. What formed was a more radical politic: a group of American Muslims who understood that in order to combat state violence, you needed to avoid collaboration and instead, actively fight against it. Other Muslims however, were satisfied with Obama’s presidency. They believed that by welcoming law enforcement into their mosques, and accepting CVE grants (which gave access to private information on congregants and community members), there would be more trust between the state and Muslim communities, emphasizing they have nothing to hide.

The election of Donald Trump however, grayed the political differences of American Muslims. For the last four years many segments of the American society, including Muslims, became occupied with getting Trump out of office. The term ‘resistance’ became mainstream and suddenly the “soul of the country was on the ballot.”

A group that took advantage of the horrors that Trump represented and Muslims’ desire to see anyone else in office was Emgage. Emgage is the American Muslim community’s first “issue advocacy organization” and refers to themselves as the “political home for Muslim Americans.” In anticipation of the 2020 election, Emgage promised the Biden campaign one million Muslim votes and stated that their aim is to get many American Muslims registered to vote before the 2020 election. Of course, there is not any concrete proof Emgage succeeded in their promise, but the bigger controversy lies with their tendency to disregard the community’s concerns with the U.S.’s foreign policy ills for a so-called ‘seat at the table.’

As Palestine has always been an important foreign policy issue for American Muslims, Emgage disregarded a serious and sensitive issue as many high ranking members, including board members, worked with Islamophobic and anti-Palestinian organizations such as the Muslim Leadership Initiative, the Anti-Defamation League and the American Jewish Committee. Notable board member Farooq Mitha, who also served as Biden’s Muslim Engagement Advisor and now is on his Pentagon transition team, formerly helped the Obama administration “to normalize ties between Israel and Arab nations under the banner of Track II diplomacy” and boasted to former employees that he was a member of AIPAC, the largest pro-Israel lobbying group in the U.S.

Eventually, a campaign called “Drop Emgage” was formed. The group calls on Emgage to “formally end its current normalization activities” and asserts that “Farooq Mitha does not represent the views or will of our communities.” They end their claims by urging “all people of conscience to no longer tolerate unprincipled leadership threatening our community.” Subsequently Emgage was removed as a member from their umbrella organization, U.S. Council of Muslim Organizations USCMO.

The politics of American Muslim communities will see a starker divide.

It is a flaw to consider all Muslims who voted for Biden as pro-Biden. It is more appropriate to view them as anti-Trump. While Biden pleasantly shocked some by saying “Inshallah” on the debate stage, others remember humiliating White House iftars that told us who the “good” Muslims in our communities are and why they must support war overseas. As the country’s electoral process forces American Muslims to concede to establishment Democrats, they have to reconcile that their politics is not in fact unified, and more divided than ever.

The politics of American Muslim communities will see a starker divide based on the probable return of a newly-termed CVE strategy, the continuation of the Islamophobic wars under Biden and the re-emergence of gatekeepers who claim they know what is best for Muslims.

Yet, there is another theory. As we continue to see more and more organizers prioritize fighting Islamophobia in its grandeur scale, we can hope for American Muslims who will unite together and pressure a Biden presidency to confront these challenges. We can look forward to the younger generation of Muslims and the emergence of a more radical politic that pushes for universally just policies which fights against state violence on local and international levels. We will also see more Muslims running for office and calling for an end of unnecessary and unconstitutional surveillance on their communities.

The future of Muslims in America is entirely dependent on whether we are willing to set aside the convention and be innovative in ways to empower our communities. 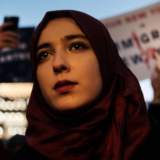 Hebh Jamal is an advocate against education inequality, Islamophobia and the occupation of Palestine. Hebh was profiled on many platforms such as the NYTimes, TeenVogue, Netflix documentary Teach Us All and many more. Currently Hebh is a senior at City College of NY. She works at NYU Metro Center as a youth policy fellow. She was also the president of her college’s Students for Justice in Palestine.