All the concerns are still there. There are people, going down the path of hate. The systemic and institutional discrimination is still there. But for me, this is my country, my home. I do not belong anywhere else. 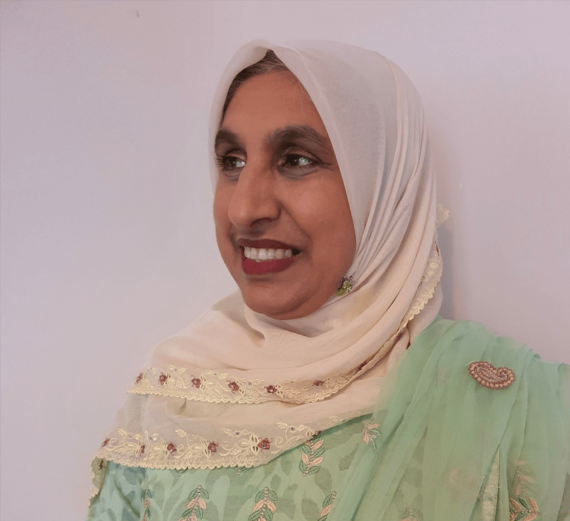 Anjum Nausheen Rahman, a New Zealand Muslim community leader and human rights activist. She is an advocate for the rights of Muslim women. Photo provided by Rahman.

Following the terrorist attack on Christchurch mosques, on March 15, 2019, the Royal Commission of Inquiry took on an investigation to cast light on the dreadful incident in order to reduce the risk of future attacks to stand in solidarity with those who lost family members and the community as a whole. Nihan Duran interviewed Anjum Rahman, a founding member of the Islamic Women’s Council of New Zealand, on the overall conditions of Muslim communities in New Zealand.

Q. The terrorist attacks in Christchurch shocked the world and caused deep sorrow. As a founding member of the Islamic Women’s Council of New Zealand and as a member of the community that has suffered from the attacks, how do you evaluate the overall situation of the Muslim community in New Zealand?

New Zealand is generally a peaceful place and I think Muslims have so long felt comfortable and peaceful here. We are able to build our businesses, build mosques, pray, fast, wear hijabs – we can do all the activities that we wish. And generally, we can do them without too much interference. But there were undertones of discrimination, and we particularly felt it when there were incidents overseas, such as the September 11 attacks in the U.S. in 2001, or the more recent attacks in France.

When things happen overseas, there is often a reaction against Muslims locally. So, from around 2015 and onwards, we could feel that there was an increase in the level of negativity, such as people yelling at you, not serving you well in a store, making unpleasant comments in the classroom. And we know that Muslim women are particularly targeted since they are more visible with their hijab.

Q. So, especially after 2015, one could foresee or perhaps expect a terrorist attack against Muslims, given the rise of social media where anti-Muslim sentiments spread instantly. Could you elaborate on this?

This is where the chapter in the life of the terrorist is quite important. Brenton Tarrant grew up in Australia. As is common in many terrorist profiles, there was family violence in his childhood and, in this case, Tarrant experienced violence from a partner of his mother to the extent that they had to seek legal protection against him.

Read: Christchurch: The West Got It All Wrong

On top of that, and what is interesting is that he frequently played multiplayer video games. We know that young people are targeted through video games. This is one of the ways in which they find and recruit young people. Tarrant spent a lot of time on YouTube, and we know the impact on audiences of YouTube algorithms where they show videos with similar contents again and again. In general, social media enables ill-intentioned people to find young people.

As far as I know, nobody has researched what happened in those years, who he was contacting, what he commented during the games, etc. I do not even know whether that material is available. But there is certainly a need for further investigation into how and why someone with a troubled background, with a social media presence, becomes a target of extremism.

Q. Do you mean that there were visible signs that such an incident was likely to happen?

A couple of things led to this. First of all, there was the rise of DAESH (ISIS) and the circulation of violent videos across the media.

Combined with the rise of social media, hate messages and misinformation have gone globally viral. Even if people in New Zealand were not experiencing such incidents, hatred could reach New Zealand. We felt this by 2015 when these issues attracted wider attention.

People place flowers at memorial sites as a tribute to victims of the Friday’s terrorist attacks on two mosques that left at least 50 people killed in Christchurch, in New Zealand on March 19, 2019. Photo by Recep Şakar, Anadolu Images

Consequently, in March 2017, we met with high-ranking officials and discussed the rise of white supremacy, far right extremism, and the neo-Nazi movement. We found that they were becoming more organized in New Zealand. We felt that they were more active but, of course, we are a community organization, so we couldn’t collect statistics or data as evidence. All that we could present were reports of incidents from Muslim women.

We also met with the Minister for the Secret Intelligence Service and the Government Communications Security Bureau, which are the agencies that engage in intelligence gathering activities for counterterrorism. We told the Minister that we are concerned by events overseas and domestic, and that we wanted to be assured that the agencies are taking care of such a threat.

At that time, in March 2017, we were told not to worry, that it was only an overseas problem, and it was not a particular problem in New Zealand. Clearly in the Minister’s mind, it was not perceived as a threat.

Q. In line with your last remark, what drew my attention in the report is that the Commission admits on page 15 that “the New Zealand Security Intelligence Service had concentrated its scarce counter-terrorism resources on the threat of Islamist extremist terrorism.” Do you think that this contributed to the attack on the Christchurch mosques not being properly foreseen?

Yes, what we see in the report is that the state agencies were focusing on “Islamist extremism.” Due to their overseas partnerships, they received intelligence mostly about one particular type of extremism. As New Zealand is a small country, they didn’t have tools for complicated intelligence activities, at least not until 2018.

But what is disappointing in the report is that intelligence services were not looking for far-right extremist or white supremacist threats. Consequently, there was nobody to be held accountable before the incident happened.

Why do we have security and intelligence services if they are unable to prevent attacks like this? We believe that if they had been vigilant to different types of extremisms in the country, they would have stood a chance to prevent the Christchurch attack. We are deeply disappointed with this finding in the report.

Q. How well do you think the findings in the report expose the dreadful incident? Do you believe the new measures are sufficient to tackle the existing challenges and help reduce the risk of future attacks?

The report’s time scope is very limited. We do not have an inquiry by the Australian government on the terrorist Brenton Tarrant’s life and the stages of his radicalization. We know that by January 2017, his sister had concerns for his mental health.

We know that in December 2018, a couple of months before the terrorist attack, his mother came to visit him in New Zealand and she had significant concerns about him, with regards to his views and his state of mind. These examples show the stages of radicalization. If he had got the appropriate help at that time, maybe something could have been different.

The report states that there are many people making similar hateful comments so there is nothing that makes a person like him special. However, the number of hateful comments was so high. I don’t know how the government monitors hate speech.

It is clear that such a high level of hate speech and threats did not alarm the government agencies. But we need to stop people going down that track. So, the bigger question is how we prevent people from going down this path of extreme hate.

Read: Why Are You Afraid of Calling Christchurch a Terrorist Attack?

Q. What about the role of biases in impeding your efforts to warn the government for a potential upcoming threat?

When we spoke to high-level state officials in 2017, they did not take our experiences into account. And I think this is somehow linked to their biased view that Muslim women are “weak” and “submissive.” They just did not take us seriously and this needs to change.

Yes, we are still able to speak to the government, to speak to ministers or civil servants, and express ourselves in the media. Also, when the report came out, we had the opportunity to share our views and to speak clearly about the things that we were unhappy with. And I think, for me, as a Muslim, our duty is to make the effort. You are there to make sure that they are accountable to your community.

Q. In the report, it is frequently stated that New Zealand is home to Muslim communities and that Muslims should feel safe there. How do you feel today as a Muslim woman in New Zealand?

Despite everything, I do not think I would live anywhere else. New Zealand is still one of the safest countries. The response by the country to the attacks was overwhelmingly positive.

Every mosque in the country had thousands of visitors, people kept coming, brought gifts, flowers, and as if they were our neighbors and friends, they sincerely asked what they could do or how they could support us.

Yes, all the concerns that I addressed are still there. There are people who are being radicalized, going down the path of hate in social media. The systemic and institutional discrimination is still there. But for me, this is my country, and this is my home. I do not belong anywhere else.