Now, all eyes are on how the elections will go and who will come to power in the country. 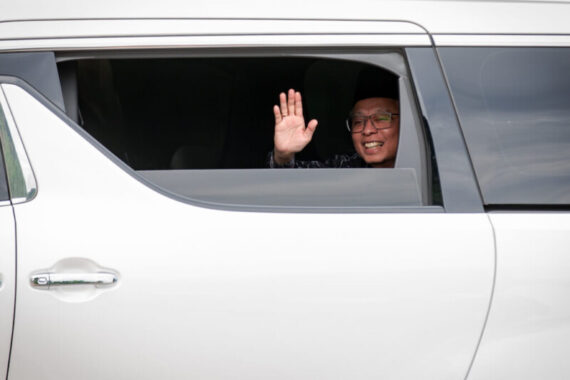 alaysian Prime Minister Ismail Sabri bin Yaakob dissolved the Malaysian parliament on Monday, October 10, paving the way for snap elections in the country which has seen political tensions in the last few years.

“Yesterday I met the king… and I sought his permission to dissolve the parliament,” Yaakob said in a televised statement. “The king agreed to my request to dissolve parliament today,” he continued.

According to the Malaysian constitution, elections must be held within 60 days of the dissolution of parliament.

Yaakob also called for the dissolution of the 13 federal local parliaments in the country.

The decision for snap elections came after calls made by the United Malays National Organization (UNMO), the ruling party in Malaysia, following the infighting and differences that surfaced within the country’s fragile political coalition.

Election is the way to political stability

Yaakob noted that it is time to obtain a mandate from the people to ensure “political stability and the formation of a strong and stable government.” He stressed that the Electoral Commission will announce the date of the next elections.

General elections were supposed to be held by September 2023 but calls from within UMNO to hold snap elections pushed Yaakob in this direction after ruling this possibility out a few days back.

The Malaysian parliament comprises two houses: the upper house which has 70 members and the lower house with 222 members.

Malaysia has experienced political tensions recently especially after corruption charges were made against the former prime minister Najib Razak, who was handed a 12-year prison sentence and was fined $55 million.

The Malaysian king expressed his hopes that the elections will be held by November this year before the monsoon season, which is expected to start in mid-November and usually causes floods across the country.

“With this announcement, the mandate will be returned to the people. The people’s mandate is a powerful antidote,” Yaakob said in a televised statement, adding that he hopes the elections will create a firm and stable government.

Sultan Abdullah, the king of Malaysia, who left Malaysia on Sunday for a visit to the United Kingdom, said he had approved the prime minister’s request which will allow people to vote for a stable government.

UMNO ruled Malaysia since independence from Britain in 1957; however, in 2018, it took on the role of opposition after a financial scandal involving ex-prime minister Razak came to the surface. The UMNO’s current head, Ahmad Zahid Hamidi, was also on trial on graft charges of which he has been acquitted.

Despite these allegations, UMNO returned to power in March 2020 after the new alliance of former prime minister Mahathir Mohamad dissolved because of defections.

Malaysia is a multi-ethnic nation in Southeast Asia which is known as a tourism hub in the region. The country, known for its stability, might face political turmoil due to the repeated dissolution of governments and parliament. For the time being, all eyes are on how the elections will go and who will come to power in the country.