In numerous countries, minimum wage increases have not resulted in lower employment or higher inflation. In this sense, the Turkish experience is totally in compliance with the global case. 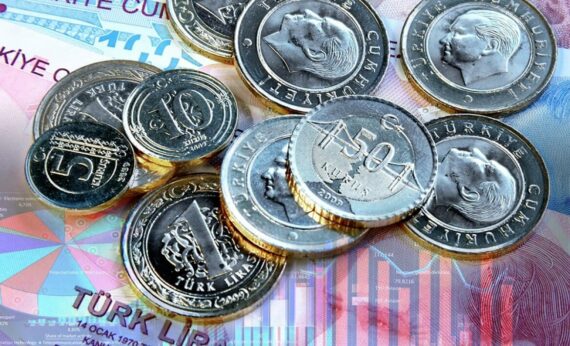 Minimum wage has always been a hotly debated topic in both academia and media, for obvious reasons. While the welfare level of millions of workers depends almost entirely on the level of the minimum wage, a minimum wage level not consistent with the realities of the economy can have detrimental effects on both the employment level and economic potential. However, while today almost no one opposes the existence of minimum wage, mainstream economists, who are heavily influenced by neoliberalism, have a remarkably unfavorable view of the minimum wage due to the fact that they tend to oppose any intervention outside of the market economy, in principle. Therefore, a minimum wage as low as possible is preferable to any higher level on the grounds that they believe that it is not legislature bodies but unfettered free markets that should decide wage levels.

Today, mainstream economists, who are heavily influenced by neoliberalism, have a remarkably unfavorable view of the minimum wage.

However, mainstream economists fail to see one major obstacle in the determination of fair wages, particularly for less educated people: the increasingly exacerbating power asymmetry between firms and employees. While trade union power has dwindled tremendously for over three decades in the neoliberal era in most countries across the globe, on the other hand, the power of the big and mostly international and/or multinational firms in any industry has continued to grow to the disadvantage of other local and medium-sized firms; hence, the emergence of the colossal power of near-monopolies and giant oligopolies that we see today.

For example, in 1992, the cumulative assets of the five biggest banks accounted for only some 12 percent of the total assets of the banking industry in the US. This share reached 20 percent in 2002 and a shocking 36 percent in the run-up to the global financial crisis of 2008-09. As the main culprits of the crisis, these so-called too-big-to-fail banks kept growing in the wake of the crisis, reaching close to an incredible 50 percent, let alone facing the consequences of their misdeeds. On the other hand, trade union density weakened dramatically from around 34 percent to only 17 percent for OECD countries from 1980 to 2014, with an almost seamless downward trend. These curious developments amounted to the rapid diminution of the bargaining power of employees in favor of employers, or big firms. This is why, among other reasons, global income inequality has risen to unprecedented levels today. Therefore, a fair minimum wage is now more necessary than ever.

The opponents of minimum wage raise concerns regarding its alleged detrimental effects on the real economy, such as decreasing employment rate due to higher costs to the employer and increasing inflation rate due to higher consumer demand. However, this stance does not withstand empirical scrutiny. Numerous studies have been devoted to the effects of minimum wage increases on the employment level and the inflation rate. Yet, these studies consistently indicate that a higher minimum wage does not have any discernible impact on either employment levels or inflation rates across time periods and countries.

After the November 1 election victory in 2015, the AK Party government declared that it would raise the minimum wage by a staggering 30 percent, as promised before the election. Subsequently, the minimum wage increased from 1000 to 1300 TL in January 2016 in Turkey. While this increase was hailed as a very good development for the poor, some opposed it on the grounds that it would increase both the unemployment rate and the inflation rate, reflecting neoliberal thinking and textbook economics.

The real economy in Turkey seems not to have been affected negatively at all by the minimum wage increase.

While it is relatively early to have a definitive result, the real economy in Turkey seems not to have been affected negatively at all by the minimum wage increase. Actually, the inflation rate has decreased tremendously by 37 percent from 9.58 to 6.57 percent in just three months due to the rapid decrease of food prices. In the previous month, May, the inflation rate barely changed and stood at 6.58 percent. In addition, the non-farm unemployment rate, too, actually declined in the wake of the minimum wage increase, from 12.2 to 11.5 percent, and the non-farm employment figure rose by some 370.000 from 21,6 to 21,97 million in just three months. Moreover, in the first quarter of this year, household final consumption expenditures increased by 6.9 percent year-on-year, the highest increase in the last 18 quarters, contributing significantly to the quarterly economic growth rate of 4.8 percent, thanks to the minimum wage increase, to a great extent.

Ironically, the inflation rate declined to one digit figures after 34 years in 2004, which is the same year the minimum wage increased by a significant 24 percent. Moreover, the inflation rate stayed at a very low level compared to previous decades from then on, as the minimum wage kept on increasing in real terms. The employment level also was a similar story. While the Turkish economy grew by around 57 percent between 2005 and 2015, Turkish non-farm employment rose by some 52 percent, from around 14 to over 21 million people, despite the country having endured the global financial crisis in 2008-09 and its aftermath with a rather weak global economy and consumer demand after 2012.

All in all, the case against minimum wage is rather unwarranted.

All in all, the case against minimum wage is rather unwarranted. In numerous countries, minimum wage increases have not resulted in lower employment levels or higher inflation rates in any discernible way, time and again. In this sense, the Turkish experience is totally in compliance with the global case. Despite dramatic increases in the minimum wage in 2004 and 2016 and also annual incremental increases in the 2000s, no negative impact on either the inflation rate or the employment level has been felt in the Turkish economy. In this way, the Turkish government has been able to increase the welfare level of millions of people and their families significantly and decrease income inequality markedly, without hurting and even empowering the real economy to a considerable extent.