Why do we have this recent haze and craze then if the liberal world order that we mourn for now has never been born? 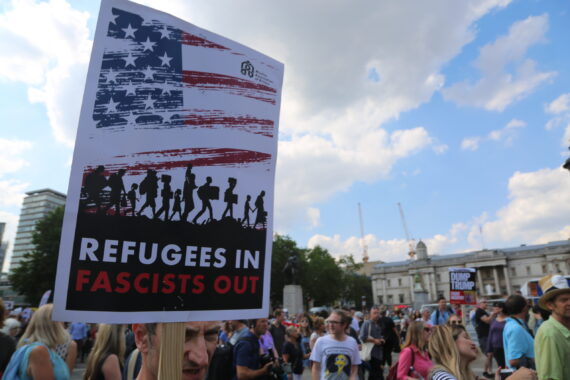 It has been long argued that the world is coming out of the age of liberal world order. While this is a common argument nowadays, many also acknowledge that the liberal world order was just another utopia, which we never reached anyway. As put by Richard Haas, the system we lived in “was neither liberal nor worldwide nor orderly.” It is hard to disagree with Haas. The liberal world order was not liberal domestically or internationally as states continued to commit vast human rights violations against their citizens or the citizens of other countries. Not only were resources, but the order was also distributed unevenly across the globe. And, the so-called order had multiple phases and cases of disorder, instability, anarchy, and war, which left many, quoting from Hobbes, with nasty, brutish and short lives.

Human rights were a key issue of the liberal world order. Its relevance increased with greater stress on the responsibility to protect and humanitarian interventions to prevent crimes against humanity. Nevertheless, despite its increasingly more central role in discourse, many countries have ignored the question of human rights. Not only the rogue states or the states in the periphery of the system but key U.S. allies and main pillars of the UN Security Council have been responsible for vast human rights violations from Saudi Arabia to Israel, China and so on. The U.S., the system’s central country and key player, has also not cared about human rights in places where it embraced a civilizing and democratizing mission. The country not only targeted multiple wedding parties with lots of civilian casualties from Afghanistan to Iraq and Yemen in its “surgical” strikes, but also erected torture centers from Guantanamo to Abu Ghraib. Beyond these direct killing and torture cases, the U.S. has also been the primary sponsor of human rights violations committed by countries like Israel, where it has become a regular practice to shoot unarmed crowds whether they protest or play football on the beach.

Before giving the answer, just a reminder, some people never believed in its existence. Go ask a Palestinian to see how this liberal order has affected him/her. Many in the West believed its existence though, until it ended in the West as well. It ended in the West in two ways. Trump, the leader of the leading country of this order, dropped the language of the liberal world order altogether. Under his leadership, the U.S. no longer propagates a global human rights discourse. In fact, in one of the recent cases, Israel killed 58 Palestinians and wounded over 1200 over the U.S. decision to recognize the contested city of Jerusalem as the capital of Israel and move its embassy from Tel Aviv to Jerusalem. Israeli troops killed 16 unarmed Palestinians –including a 14-year-old boy and a man in a wheelchair- the very same day when Ivanka Trump and Jared Kushner were opening the embassy. In other words, the U.S. perhaps has not changed the way it acts but it now speaks more irresponsibly in the speeches (and tweets) of its leader and in the symbolic steps it takes.

A second reason why the West dropped its faith in the liberal world order is the anti-migration measures being taken in Europe and the U.S. As the irregular immigrants end up in detention camps and cages (literally cages), the Western audience has slowly started to figure out the fact that the age of human rights was not so much about the tanned humans.

The liberal world order, was not a liberal order but it was still more orderly than the critics assume. I believe this is the main contrast with the pre-Trump era. What shocks people now is not the killings or tortures around the world but simply the unpredictability of the system and the impolite attitudes of Trump. The so-called liberal world order can handle cruel political leaders who can lead to vast human rights abuses, but it should be done in a “polite” way. This was how the system worked and this is how it will work after Trump. We will not have a bright future in the post-Trump era, the miseries will not end, but we will have a more polite president. As for other issues with regard to the liberal character of the order from international trade to international institutions, that’s the place where we should look for the real change under the Trump administration.