My Daughter Asks, “Will There Be Another Israeli War during Eid?”

I am not a Ukrainian mother for the world to care about me. We are not white Europeans. We are Palestinians, and we, too, deserve to live in peace. 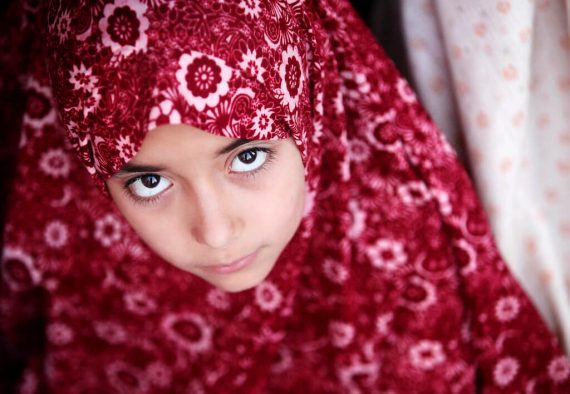 Israel never misses an opportunity to repress Palestinians’ joy and happiness during Eid al-Fitr. Israel and its settlers escalate their crimes in the occupied West Bank and Jerusalem during the holy month of Ramadan and Eid. Israel seems to have taken up a new hobby in Gaza: starting wars during Ramadan and Eid al-Fitr.

Eid al-Fitr is the earlier of the two Eids celebrated in Islam and lasts ‘three days. Muslims visit their relatives and give them gifts and eideya, pocket money. The religious holiday is celebrated by Muslims around the world marking the end of the holy month of Ramadan, in which Muslims fast from dawn to sunset.

Like any Palestinian Gazan family, my family and I, watched the breaking news about the Israeli flagrant violations at the al-Aqsa Mosque during Ramadan. My daughter, Batool, 15 years old—or in Gazan time, four wars’ old—asked, “Are we going to celebrate Eid al-Fitr, dressed in our new clothes, or will it come with bombs like the previous one, mom?”

I stroked her head and told her there would not be a war this year. However, the pictures and videos on TV and social media were telling a different story, a story of Israeli aggression and escalation that eventually ends up with a war against Gaza.

On Tuesday, April 19, at dawn, Israeli warplanes struck Khan Younis. In Gaza City, where my family lives, we did not hear bombings. As we heard the news in the morning, I could see horror and fear on my children’s faces.

Batool recollected painful memories of the first night of Eid al-Fitr a year ago. She reminisced about that terrible night: “I remember the terrifying explosions, which I had never heard before. I thought that we were going to die. I lay on the ground, petrified. My siblings, Ahmed and Tala, were screaming and trembling in fear. Mohammed was sobbing.” My heart broke when she wrapped her arms around me and wondered whether we will survive if another war starts.

No child should be talking about death.

No parent should go through this.

I started to recall the memories of that terrible night almost a year ago. We lived in complete isolation, without electricity, without water, without communication. Due to the endless explosions and bombardment, we were all huddled in a so-called safe room. If we die, we die together.

It was nearly 6:00 a.m. Normally, we would be ready to go to mosque with our neighbors for the Eid prayer and then start our celebration. But, we were in our apartment, just like our neighbors. No one could leave their homes, not even bring a bottle of water. There was massive bombardment and explosions everywhere.

I was cuddling Mohammed, then four months old, and my husband, Raed, was taking care of the rest of our children, trying his best to ease their fright.

I felt deep sorrow for my children, who were eagerly awaiting Eid al-Fitr to wear their new clothes, play with their toys, and visit our relatives. My children could not sleep all night due to the heavy bombardment and because my little child was crying uncontrollably.

Despite the bombardment, I was singing to Mohammed to help him sleep. Together with my husband, we were doing what we could to relieve our children’s fear and anxiety. It was a barbaric war against children.

Israel’s 2021 barbaric war against Gaza started two days before Eid al-Fitr. While children around the world were celebrating Eid al-Fitr, the war continued on the days of Eid and did not stop until the end of its eleventh day.

Read: No Chocolate, No Laptops, No Clothes for Gaza

The rest of the children in Gaza were traumatized. Children lost their loved ones and homes, and missed out on beautiful memories, happiness, and joy. The constantly renewed Israeli war against Gaza during Ramadan has made children deeply stressed and sad. These children are living in a war zone, they are emotionally exhausted and psychologically vulnerable.

My friend Amani lives in Gaza’s al-Shojaeya neighborhood. Last year, in May 2021, Israel targeted their neighbor’s home without previous warning. Amani and her small family were sleeping in their flat. The loud explosion terrified them, especially her daughter, Sham.

They had to evacuate their partially damaged home. After the war ended, they came back to their apartment, but little Sham had recurring nightmares. The horrific memories of that night never faded away. Amani and her family were forced to move. “Imagine when your home is the place you hate the most! Imagine all the good memories turning into traumas and nightmares,” Amani told me.

I have heard so many heartbreaking stories from my friends and their children. During the eleven days, we did not live, we survived. We survived with traumatic memories that will not go away because Israel repeats the scenario every year.

“Death to Arabs” in Jerusalem and Gaza

Last year, Israeli Jewish settlers organized a flag march and stormed the al-Aqsa Mosque and the Palestinian neighborhoods in Jerusalem. The settlers’ mantra “Death to Arabs” was their main refrain.

Israel obliged their request. Israeli forces targeted and shot Palestinian worshipers in Jerusalem. Soon, Israel waged a war on Gaza. Every time settlers chant for the death of Arabs, the Israeli occupation government grants them their wish.

For Muslims, al-Aqsa Mosque is the third holiest place. Israeli settlers and forces attempt to storm it and violate its sanctity, especially during Muslim holy days and festivals. A year ago, on the 28th day of Ramadan, two days before Eid al-Fitr, the Israeli forces stormed al-Aqsa Mosque and attacked Palestinians, causing more than 350 injuries among worshipers, paramedics, and journalists.

With each Israeli attack on al-Aqsa Mosque, my heartbeat accelerates, and a voice inside me tell me that things will get worse. In Gaza, we have learned to expect nothing but the worst from Israel.

As a mother, I try to protect my children and shield them from all harm, but if Israel decides to launch a war against Gaza, no motherly love can protect them or their memories.

I am not a Ukrainian mother for the world to care about me. We are not white Europeans. We are Palestinians, and we, too, deserve to live in peace. Israeli occupation must end.

Fedaa Zeedeya is a freelance writer, an ESL teacher, and literal translator from Gaza, Palestine.