Warning: mysqli_query(): (HY000/1021): Disk full (/tmp/#sql-temptable-3b4-41e3-5ef5.MAI); waiting for someone to free some space... (errno: 28 "No space left on device") in /var/www/vhosts/politicstoday.org/public_html/wp-includes/wp-db.php on line 2162
 NATO, the Fight against Terror, and Intelligence Sharing - Politics Today
Skip to content

NATO, the Fight against Terror, and Intelligence Sharing

Since the end of the Cold War, the expectations from the NATO’s missions have changed. The NATO has been challenged to undertake new responsibilities and this leads to serious problems among the Allies due to different interests and political understandings. 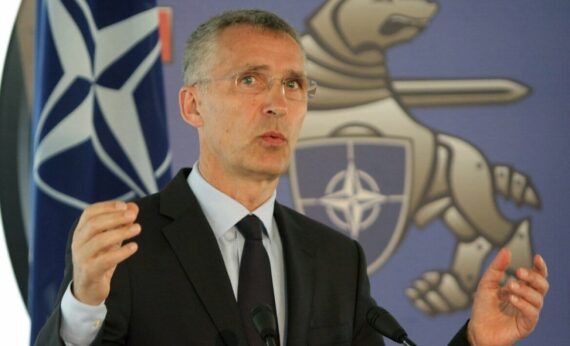 During the NATO meeting held in Brussels on May 25 2017, several assessments were made on the issues occupying the most significant place in the organization’s agenda so far which are expected to mark real progress. Two of these issues had great importance.

The first was to determine required steps to increase the effectiveness of the NATO in the fight against international terrorism, primarily DAESH, and to solve central problems like intelligence sharing among the member states.

The second issue was fairer burden-sharing on NATO’s defense spending throughout the alliance which has been on the agenda for a considerable period of time and frequently emphasized by the United States, particularly after Trump came to power. In order to stop cuts in defense spending, at the Wales Summit in 2014, all NATO allies agreed to spend at least 2% of their GDP on defense within a decade. With its sharing of around 4% of its GDP on defense, the highest amount compared to the rest of the Alliance, the US has been imposing diplomatic pressure on its European allies in particular for the last four or five years to make them spend more on defense, and this topic also holds a great significance in Trump’s agenda and his discourse.

It is a well-known fact that the NATO has been facing challenges with effective intelligence sharing in the fight against terrorism. The Alliance’s current policy of counter-terrorism has been shaped in NATO’s Policy Guidelines on Counter-Terrorism declared in May 2012 and it was based on three main principles: 1) awareness (to promote a common understanding on counter-terrorism), 2) capabilities (meaning the ability that NATO could impose its own methods of countering terrorism on the international level, and 3) engagement, (strengthening the NATO allies’ capacity for countering terrorism at the local level by training local forces in operation areas instead of NATO to send troops to the conflict area).

Prior to the Brussels Summit, Jens Stoltenberg, the Secretary-General of NATO, made several statements on NATO’s Policy Guidelines on Counter-Terrorism to express the steps and implementations taken with reference to this concept. Mr. Stoltenberg’s emphasis on the ongoing potential of NATO becoming a part of a 68-member anti-DAESH Global Coalition drew particular attention. In fact, even if 28 members of NATO have been individually participating the Coalition, the NATO has not involved itself directly and institutionally with the Coalition.

On the contrary, the NATO has participated in the Coalition with an observer status. Therefore, the Alliance’s wish to take an active role in the fight against terrorism was discussed at the Brussels meeting. Among these declarations, some other details about the NATO’s contribution to the Coalition with regard to technical and military aspects such as the effective use of AWACS surveillance aircraft were also mentioned. These details were to transform into an action plan in which the Alliance’s activities to counter international terrorism were discussed. The action plan will establish an ‘Intelligence Fusion Cell’ that will enable the NATO to strengthen cooperation on counter-terrorism within the Alliance and in addition, a senior NATO official would be designated as coordinator.

Above all, there are questions about the sincerity and seriousness of NATO allies. The US in the first place as a leading ally gave the impression that they will follow their own political-military strategies and the NATO its own. In an environment where self-interests and policies distinctively differ, making common policies and implementation of these have become much harder. Hence, the raison d’être of the Alliance comes into question.

Even a president who relied on discourses and statements against the NATO, prefers to shelter his country in the Alliance when it comes to Middle East policies within the context of countering terrorism. This indicates seeing the NATO more as a temporary political and psychological tool than an urgent need. As a matter of fact, the expectation of the Alliance’s institutional involvement in the US-led Global Coalition against DAESH proves its commitment to this situation. Moreover, it could be indicated that the Alliance’s contribution to the fight against DAESH holds political significance rather than being militarily operational, since the member militaries will not all directly enter combat.

The Alliance’s involvement will hold a much more supportive quality which prioritizes providing intelligence and training in the frame of its Policy Guidelines on Counter-Terrorism. On the other hand, the NATO’s focus just on DAESH has been questioning by the allies in terms of sincerity and confidence. That is, the YPG can be counted as an ally in the fight against the DAESH even though Turkey, one of the most significant members of the NATO, has been struggling with its organically linked fraction, the PKK.

Furthermore, even though Turkey’s objections, warnings and all diplomatic efforts, the US has been supplying this terrorist organization with weapons; therefore, this also challenges for NATO’s struggle for a common strategy in the fight against international terrorism. For this reason, the Alliance’s assertions and efforts to create a common understanding of terror reflect a vain perspective. As a result, a NATO with policies and functions intended to be determined in accordance with several members’ interest and varied threat and threat perceptions bodes ill for the future of the alliance.

Another policy that needs clarification is that in NATO’s efforts to display a great idealism, the Alliance will be confronting many challenges due to intelligence sharing which held a considerable importance in the Policy Guidelines on Counter-Terrorism meeting as well as the Brussels Summit 2017. Yet, prior to the NATO Summit, the leaking of some details and photographs of a terrorist attack in one of the key members of the Alliance, the UK’s city Manchester, provoked a crisis between the security agencies of the UK and the US. UK Prime Minister Theresa May brought up this issue and clearly reminded attendees of the importance of safeguarding shared intelligence between security agencies. These explanations pointed out that the UK considers the US intelligence and security officials as responsible for the leak and also shows a lack of confidence between them.

President Trump, assessing this leak as a ‘serious problem’ through a written statement, is accused of lacking an understanding of intelligence gathering because he has shared top-secret classified information, including the threat of terror attacks on airlines forwarded by the Israeli intelligence agency, with the Russian Minister of Foreign Affairs, Sergey Lavrov during a meeting in the Oval Office on May 10. Therefore, this situation causes a lack of confidence in intelligence sharing between two allies with different understandings of how secrets should be disclosed. Following this event, during his visit to the US, Israeli Prime Minister Benjamin Netanyahu emphasized that the intelligence coordination between these countries is “terrific.”

Despite its good intentions and development as an institution, the NATO will likely continue struggling with its traditional problems. At the root of these problems are the alliance’s dominant members, who seek to lead the organization according to their own understanding and policies. Therefore, in an environment comprised of different threat perceptions by the member states, the problem of a NATO led and shaped by dominant members and their political preferences emerges.

Since the end of the Cold War, the expectations from the NATO’s missions have changed. That is, in the context of regional conflicts and the fight against international terrorism, the NATO has been challenged to undertake new responsibilities and this leads to serious problems among the Allies due to different interests and political understandings. Challenges on intelligence sharing constitute just one of the main examples of challenges in the context of cooperation.