Negotiations for local elections are changing each week

After the party assembly meeting for determining candidates for local elections yesterday, Seyit Torun – deputy head of the CHP – made a press conference and announced 67 candidates of the CHP. 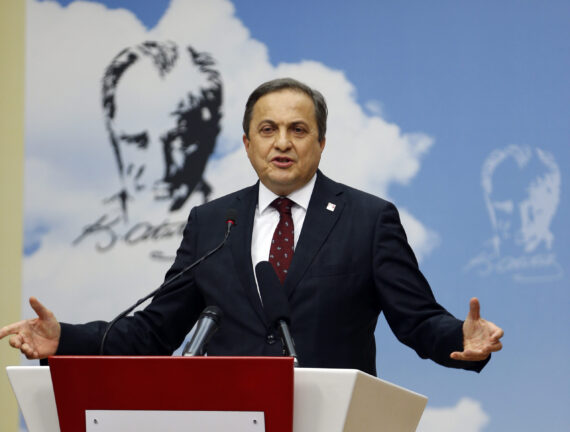 Deputy head of the CHP, Seyit Torun, announcing the candidates for local elections after the party's meeting on 18 December 2018. Anadolu Agency

There are three and a half months until the local elections in Turkey and each week as the political dynamics in the country are changing, names of the candidates, details of negotiations, and the nature of alliances are also changing.

The CHP and Iyi Party have agreed upon 21 cities – 11 has been taken by the CHP and the remaining 10 that the Iyi Party has a potential. There are rumors that the two parties will also come to an agreement on 19 other districts. However, details of these districts and the names to be put forward are expected to become clear next week.

After the party assembly meeting for determining candidates for local elections yesterday, Seyit Torun – deputy head of the CHP – made a press conference and announced 67 candidates of the CHP. Torun declared that CHP’s candidate for Ankara is Mansur Yavas, for Istanbul is Ekrem Imamoglu, Adana is Zeydan Karalar, and Antalya, Muhittin Bocek. In addition to these cities, Torun declared candidates for other cities including Ahmet Meric in Agri, Tanju Ozcan in Bolu, Rasim Yilmaz in Nigde, Ali Akyildiz in Sivas, and Fatma Kaplan Hurriyet in Kocaeli.

In the local elections of 2014, Mansur Yavas was CHP’s candidate in Ankara, and he received 43.82% of the votes. AK Party’s Melih Gokcek won the elections in Ankara with 44.82% of the total votes.

There are discussions that CHP is currently having some problems in deciding about its candidate for Izmir, who will run against AK Party’s Nihat Zeybekci – ex-minister of economy. The current mayor of Izmir belongs to the CHP but is not running in the upcoming elections. There are rumors that Kemal Kilicdaroglu – head of the CHP – is planning to announce a “surprise” candidate.

According to reports from HaberTurk, the AK Party will not nominate candidates in Adana, Manisa, Mersin, and Osmaniye, where the MHP currently controls the municipalities.