Turkey needs to prepare a road map for the education of refugee children. This is necessary to prevent the emergence of a ghost generation that has no identity, no home and no future. 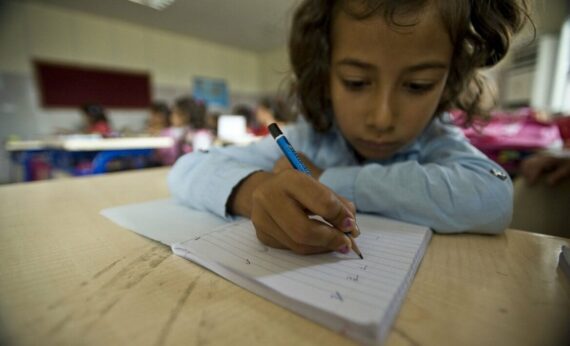 Over the past five years, more people have been forced to flee their homes than at any other time since World War II. Syrian refugees have become the number one challenge for neighboring countries and the EU because of the difficulties in coping with the increasing numbers of asylum seekers. However, Turkey has taken responsibility for the largest number of refugees, by far: 254,747 Syrians are residing in 25 camps in 10 cities, while 2,470,190 Syrians are living and supporting themselves in various cities in Turkey. There are a total of 2,724,927 Syrians in Turkey. It is also particularly important to note that, each year, children comprise a large proportion of the refugees in Turkey. Approximately half of the refugee population (1,277,018) consists of children between the ages of 0 and 18.

The Current Educational Conditions of Syrian Children in Turkey

Obviously, hosting refugees is not easy, either logistically or politically, and the bitter truth is that they will not return to Syria in the near future. This is why the success of sustainable migration policies is crucial in terms of the mutual adaptation of Syrians and the host community in Turkey. Also, the inconsistent policies of allied countries for the refugees during the refugee crisis, along with the existence of ethnic and religious terrorist groups such as the PYD/YPG and DAESH, constitute the external factors that encourage Turkey to be more determined to implement effective education policies. Similarly, in order to reach social agreement on Syrian refugees and to keep Syrian youths away from any activity that may disrupt public order, Turkey needs to prepare a road map for the education of refugee children. This is necessary to prevent the emergence of a ghost generation that has no identity, no home and no future. Even though various regulations on education have been implemented since 2012, it is difficult to affirm the existence of stable policies on this issue.

According to MEB’s February 2016 data, there are 834,833 Syrian school-age (5-18) children in Turkey. While 311,259 of these children are being educated at the GEMs[1] (Temporary Education Centers), the remaining 523,583 are yet to be enrolled in school. Furthermore, GİGM (General Directorate for Migration Management of Turkey) data says that there are 364,974 Syrian children currently aged between 0 and 4, who will start their education in the coming years. This picture illustrates the urgent need for sustainable migration policies for Turkey in terms of education and social adaptation.

What is to be done?

The SETA Foundation published a report to draw attention to this issue. As the authors of this report, based on our fieldwork conducted in the cities most populated with refugees, Şanlıurfa, Gazinatep, Kilis, İstanbul and Ankara, my colleague Müberra Emin and I argue that the education of Syrians is a challenge for Turkey, but this challenge could be transformed into an opportunity for both the refugees and Turkey. By conducting observations inside and outside the camps, holding interviews, along with holding in workshops and meetings to contribute to the process of preparing sustainable long-term policies, we developed a roadmap for the education of Syrian children in Turkey. First of all, Turkey needs more extensive and in-depth studies on Syrian children’s welfare and education conditions. The amendments needed to increase the number of schooled Syrian children necessitate a transformation of the whole national education system in Turkey, and such reforms must be encouraged. Educational reform could bridge more pluralist and enriched educational programs and environments. Also, the Ministry of National Education (MoNE) has set a target to close the GEMs gradually over the next three years, and transiting Syrian students from GEMs with Arabic Syrian curriculum to public schools with Turkish curriculums.

Within the Syrian community, there are many serious concerns about this decision, because the Syrians are afraid of an assimilation that may cause generational clashes with their children. However, from the Ministry viewpoint, transition to public schools is critical to overcome the language barrier to ensure social adaptation. We should consider the concerns of the both sides, which show that Turkey needs a hybrid model for the education of Syrian children. Syrian children in public schools should undergo a 6-month/1-year language education and preparation program for school, after which they should be included in the education process according to their level. If the preparatory process is not enough, they should be provided with weekend or after-school Turkish language education. This could be a good start to increase the number of schooled Syrian children and to provide them with good education opportunities. Eventually, Turkey will promote a new strong generation rather than a Syrian ghost generation; most of them have disappeared in Europe. The report also addresses issues such as teacher training, recruitment and curriculum, and also includes policy recommendations with regard to Syrians children’s education in Turkey.

[1] GEMs are primary and secondary education institutions which provide temporary education to Syrian children and teenagers in Arabic and according to the Syrian curricula; they are active both inside and outside the camps.