During a news conference in Tehran, Ministry spokesman Behram Qasimi said that “At the request of Iraq, we have closed the airspace and ground borders with the Kurdish Regional Government.” 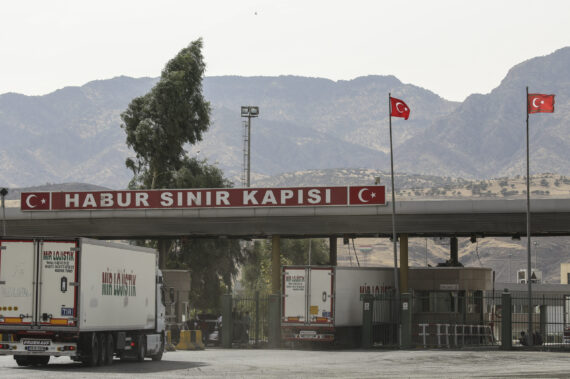 In spite of calls from various leaders all over the world, including Erdogan, Trump, and French President Macron, the KRG President Masoud Barzani chose to go ahead with the independence referendum.

The voters in KRG-held areas vote today, Monday 25 September, on whether to secede from Iraq.

As the vote continues to take place, Iraq Parliament’s speaker Salim al-Jubouri has made it clear that the results of the Kurdish referendum will not be legally binding.

Highlighting the intention of protecting Iraq’s territorial integrity, in a statement Jubouri said that “We [the Baghdad administration] are keen on keeping the Kurds in our homeland.”

Further, he stated that “The unity of Iraq is our main concern and we will not give it up,” going on to blame “wrong policies” for the current state of tension.

Against claims made by Barzani, Jubouri said that “the referendum will affect the upcoming election and will drag the country in a new phase.”

The Iranian President Hassan Rouhani has also come out strong against the referendum, stating that Iraq has his country’s full support for actions necessary to preserve its unity.

According to a written statement by Iraq’s Prime Minister’s office, during a phone call with PM Haider Al-Abadi, Rouhani “stressed his country’s full support for the Iraqi government and all its steps that had taken to preserve Iraq’s unity and territorial integrity.”

“Al-Abadi affirmed the Iraqi government’s efforts to complete the liberation of all Iraqi territory from Daesh’s terrorist gangs, which is a priority for them.”

The statement continued: “Al-Abadi stressed the government’s clear stance to prevent unilateral and unconstitutional procedures that threaten the unity of Iraq, peaceful coexistence among the people of the country, rejection of the referendum and will not deal with its results.”

Following this phone call, the Foreign Ministry of Iran has announced that it has closed its border with northern Iraq’s Kurdish region on Monday.

A day earlier, Tehran ended flights between the territories.

During a news conference in Tehran, Ministry spokesman Behram Qasimi said that “At the request of Iraq, we have closed the airspace and ground borders with the Kurdish Regional Government.”