As long as formal and informal channels of dialogue are kept open, and a fair, reciprocal and unbiased relationship is established between German and Turkish authorities, then, there is always the chance to overcome difficulties. 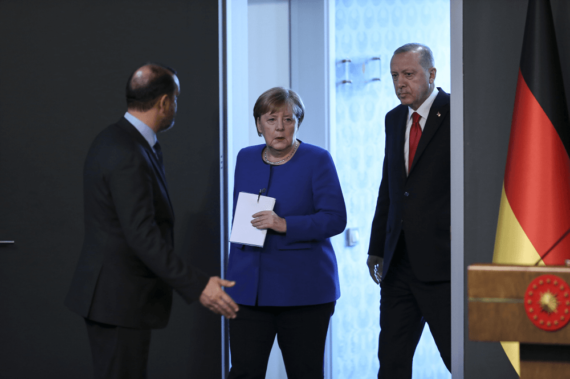 Bilateral relations between Turkey and Germany witnessed relative calm in 2019 compared to previous years. Cooperation at the government level and newly-generated mechanisms for dialogue prevented moments of tension from escalating further, despite continuing differences in both countries’ approaches to domestic and foreign affairs.

So, what were the most striking developments between Turkey and Germany in 2019? Turkish President Recep Tayyip Erdogan’s official visit to Berlin in September 2018 undoubtedly boosted the profile of bilateral relations, despite widespread negative coverage of the trip. In 2019, numerous German politicians paid official visits to Turkey, while Turkish delegations visited Berlin on various occasions. For instance, Germany’s Federal Minister of the Interior, Horst Seehofer (CSU) met his counterpart in Ankara where they held bilateral talks on migration. Turkey’s Minister of Industry and Technology, Mustafa Varank, visited Berlin to host the German-Turkish Conference on Artificial Intelligence together with his German counterpart, which gave high-ranking industry representatives the opportunity to share their views on the economic potential of artificial intelligence in business. Dialogue has also continued at the highest level, with the Turkish President and German Chancellor meeting on several occasions during 2019. Nonetheless, four main issues have been potential sources of tension and, unfortunately, bilateral relations have been tested on several occasions due to the ambivalent reactions of members of the German coalition government to these specific issues.

First of all, German media and opposition parties continued to criticize Turkey’s military operations against the PKK terrorist organization both domestically and abroad. However, German media representatives and even politicians also criticized Turkish police when they arrested potential PKK-affiliated sympathizers from Germany who had entered Turkey. This reaction and the criticism of Turkish security forces, indicating that Germany had not seriously considered the reasoning behind these measures, gave a strong impression that German authorities and the German public did not respect Turkey’s security concerns or its legal procedures.

Second, German media outlets and nearly all its political factions criticized the Turkish authorities’ decision not to renew the accreditation of certain media representatives. Related to this incident, Germany’s Foreign Ministry went so far as to consider calling for a limited travel warning for people planning to visit Turkey. Nevertheless, open channels of communication made it possible to resolve the problem before it escalated.

However, the third and most striking controversy concerned Germany’s active position during Turkey’s local elections on March 31, 2019 and in particular during the re-run of the Istanbul mayoral election on June 23. Although German officials and politicians had previously warned Turkish politicians not to interfere in German elections by influencing Turkish voters living in Germany, in March nearly all German political camps supported candidates in Ankara and Istanbul from Turkey’s main opposition party, the CHP.

The majority of German media coverage of the CHP’s Istanbul mayoral candidate gave a one-sided view of the CHP, even presenting Imamoglu as a future presidential candidate for the opposition. This assumption gave Germans the impression that a nationwide general election was taking place in Turkey – which was not the case. Similarly, German reactions to the Supreme Electoral Council’s decision to annul the election do not seem particularly diplomatic. Partisan statements, such as the decision of high-profile members of the German government to openly send messages of “solidarity”, had the potential to negatively affect the course of bilateral relations.

And the fourth issue that caused a slight souring of Turkish-German relations occurred during Turkey’s military operation in Northern Syria where it fought PKK-YPG terrorist elements along Turkey’s 900km southern border. Germany openly opposed Turkey’s military operation both at the political level and in the media. This happened despite the fact that moderate politicians, media representatives and German think-tanks acknowledged the link between the PKK and YPG terrorist groups. However, in addition to the federal government’s decision to ban the export of arms to Turkey, a major German company that had been planning to invest in the country cancelled, or at least postponed, its final decision on constructing a plant in Turkey – most likely due to political pressure in Germany.

Moreover, in an unexpected move, the German Defence Minister called for the creation of a safe zone in Northern Syria under international control. The proposal eventually failed for two reasons. Not only did she make a miscalculation at the international level, because no leading country took this proposal seriously and supported it, but she also failed to inform her own country’s Foreign Minister, Heiko Maas, who learned about the proposal from the media. Maas, the chief person responsible for Germany’s foreign affairs, subsequently travelled to Turkey to personally consider the Defence Minister’s proposal with his Turkish counterpart. This led to a very uncomfortable situation for the federal cabinet, in which the German Foreign Minister openly ruled out the Defence Minister’s proposal, describing his colleague’s idea as unrealistic.

In spite of these controversies in 2019, both formal and informal channels of dialogue remained open on both sides. This made it easier for representatives from the two countries to clarify any misunderstandings, although the German media continues its efforts to escalate tensions. Another positive point has been the calm and diplomatic leadership skills of the heads of both governments. Economic cooperation has facilitated communication between the two countries. Informal channels, through think-tank cooperation and joint events, also contributed to maintaining bilateral relations.

Nevertheless, the overall attitude of German media outlets continues to be a source of negativity and misunderstanding. If Germany refrains from making partisan statements, bilateral relations would be expected to remain positive. Turning a deaf ear to Turkey’s legitimate fight against the PKK terrorist organization has the potential to increase tensions, as does disregarding Turkey’s legal rights in the Mediterranean, as seen in responses to the recent case of Turkey’s agreement with the internationally recognized government of Libya. Initial positive steps in this regard were visible during the Berlin Conference on Libya on January 19, 2020. In addition, the plan to finally open Turkish schools in German cities such as Berlin, Cologne and Frankfurt has the potential to positively boost bilateral cooperation. However, biased media reporters have already started a negative campaign to discredit these moves, despite the existence of German schools in Turkey, which have deliberately been downplayed in public discourse.

As long as formal and informal channels of dialogue are kept open, and a fair, reciprocal and unbiased relationship is established between German and Turkish authorities, then, there is always the chance to overcome difficulties.