With the Operation Olive Branch taking place, the Turkish Red Crescent has announced that it is preparing for the accommodation of over 50,000 people near Afrin. 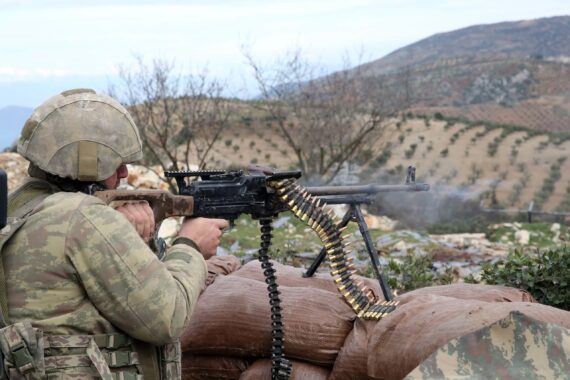 The civil war in Syria has not only affected Turkey in terms of the refugee crisis it caused but has also enabled terrorist organizations to raise to the sphere, taking advantage of the chaos in the region.

Turkey’s military intervention in Afrin came due to this very reason: the PYD/YPG terrorist organization had settled to create a terror corridor on the Turkish-Syrian border, which inevitably became a matter of national security for Ankara.

The Afrin region in Syria was handed over to the PYD/YPG in Syria in 2012 by the Assad regime. Since then, the terrorist group has forced the migration of the local population, including Arabs, Kurds and Turkmens.

Thousands have been displaced due to the insecurity in Afrin.

With the operation taking place, the Turkish Red Crescent has announced that it is preparing for the accommodation of over 50,000 people near Afrin.

With the aim to re-store peace and authority in the region, the Turkish Armed Forces and the Free Syrian Army gave start to Operation Olive Branch, which began on 20 January.

Since the operation began, the forces have cleared Afrin and its surrounding areas from 649 terrorists.

In addition to this, the Turkish Armed Forces lost 7 members of its personnel serving in the area.