Despite all the illegitimate attempts aiming to depose him, Erdoğan received 51.79% of the votes in the first round of presidential elections and became the president. The highest percentage of votes to be received by any candidate at the first round in Turkey, and one of the highest in the world. 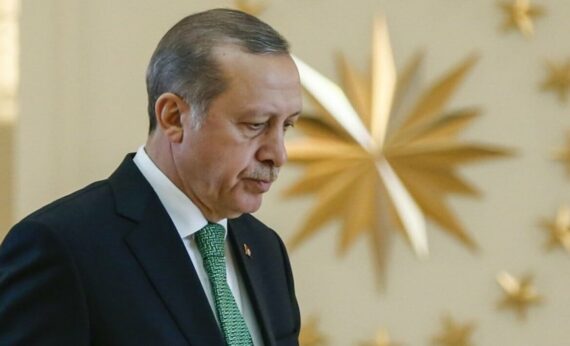 Some of the French say “Britain has a real democracy under the cover of monarchy, while France has a real monarchy under the cover of democracy.” Thus, it’s not the system of government which determines democracy; it can either exist or not exist in both situations. On the other hand, the French president is the most powerful one on the world, beside the periods of cohabitation. This power and influence becomes more prominent with the president’s individual character. For instance, François Mitterrand was regarded as a demigod. Similarly, former French president Valery Giscard D’Estaing expressed the extent of presidential authority during an interview on his experiences. “The office of the French President holds so much power that you become the most powerful man [completely disregarding the possibility of a women president] in France, which you can understand from the looks of women in the whole of France,” he said. Even though D’Estaing’s perception of presidential power can be regarded more in line with a sexual fantasy, it’s definite that the President of the Fifth Republic has prominent authority and power due to a system that was gifted by Charles de Gaulle. This gift is called the semi-presidential system, and it’s definitely more powerful in comparison with a president in a parliamentary system, however, the odd part is that the French president has more power even than the US president.

“The same person not being both the prime minister and the president is absolutely normal; however, it is also definite that the state can’t be dicephalus,” Charles de Gaulle said at the time, making a distinction between the roles of the president and the prime minister, while signifying that the principal rule was of the president. Regardless of the person occupying it, the office of the prime ministry is nothing but an ornament in France. While saying “a president who abides by the constitution is a man of the people and he is elected to shape the destiny of his people,” de Gaulle has expressed the very essence of the president’s authority. The French President appoints the ministers, has the right to abolish the parliament, determines the country’s foreign policy, and can gather all powers unto himself/herself during the times of crisis.

We can understand Turkey’s both old and current systems by evaluating the power of the French president. For years, the Ministry of National Education described the president as “ceremonial” in the schoolbooks they prepared and compared with the German president. When we became adults and saw the system functioning, we understood that it was more than just ceremonial. The system of government’s name was always the parliamentary system, since the foundation of the Republic of Turkey. Separation of powers wasn’t implemented at the time of Atatürk, the republic’s charismatic founder, and his successor İsmet Pasha had also followed this trend.

After the transition from a single-party system to a multiparty system in 1950 and following the military coup which resulted in the hanging of Prime Minister Menderes, the 1961 constitution consolidated the power of the state institutions against the elected officials. Similarly, the 1982 constitution which was prepared by the junta which orchestrated the September 12 1980 coup, immensely increased the power of the president. It was believed that the tutelage existing since the foundation of the republic could be perpetuated by the president who was elected by the parliament and was under the influence of the military. For many years, they were successful in achieving their aims. As was made clear with the coup that resulted in the hanging of Prime Minister Adnan Menderes, no ruling political party, besides the one they supported, would be able to fully control the government.

In the first years of the Justice and Development Party (AK Party), the Minister of the National Education said “I was powerless in appointing bureaucrats and colleagues in my ministry.” As it required the approval of the president, it was impossible for ministers to appoint their own personnel. President Ahmet Necdet Sezer was stonewalling all appointments. This resulted in either the deadlocking of the system or the appointment of a person favored by the president. With the right to veto, the president was the most engaged head of the executive. In other words, the president of the parliamentary system didn’t have less authority than the French president in a cohabitation period.

For many years, these “safety fuses” which were implemented with the 1961 constitution functioned. The Constitutional Court of Turkey made a decision to renew these safety fuses, a decision which would be deemed scandalous in the years to follow. Hayrünnisa Gül, the wife of the presidential candidate Abdullah Gül, wore hijab. This was unacceptable for both the military and the main opposition party. For them, a first lady wearing hijab couldn’t enter the Presidential Palace. Let alone the first lady, a woman wearing hijab wasn’t allowed into the presidential palace ever before, even as a guest! Meanwhile, the smaller parties in the parliament were pressured by the military to not support Gül, even though, according to the constitution, Gül had received enough votes to become the president. With the statements from the military, and the CHP’s, the main opposition party of the time (and still today), appeal to the Constitutional Court, the court decided that the vote Abdullah Gül received wasn’t adequate. The poll was canceled.

This illegitimate crisis, which aimed to block a politician’s way to Çankaya (the location of the old presidential palace) just because his wife wore hijab, and triggered a new development. Previously, there was a president which the military tutelage employed to “shape the upper ranks of bureaucracy and limit politics” and had consolidated power pushing the limits of the parliamentary system. This time, something new happened: to resolve the crisis, the AK Party amended the constitution in 2007. The amendment was put to a referendum and was passed by a simple majority of the public’s votes. The president was now to be elected by popular vote. This amendment in 2007 added a new layer to the president’s power with the clause of “popular vote” by changing the Article 104 of the 1982 Constitution. It could be said that the long effective system backed by the military tutelage, which tried to keep the government’s reigns out of the hands of parties like AK Party, benefitted the AK Party government at the end, despite all the suffering it has caused.

The referendum in October 2007 transformed Turkey into a country that is governed through “a de facto semi-presidential system.” As the rest of the system wasn’t designed with a presidential system in mind, it created crises which the national will had to resolve every time they emerged. This caused the presidency to become “an executive with ambiguous limitations and authorities that could expand according to the characteristics of a person.” In this form, it’s pretty similar to the French system; however, this doesn’t mean that it has no quirks. Both the president and the prime minister are powerful in this system. Beside the ones that could emerge in a time of “cohabitation,” this system is prone to crises even if both of the executives are of the same party!

Even though the international community didn’t understand what was going on, the July 15 coup attempt, which was orchestrated by a parallel and parasitic structure within the state institutions, aimed to reestablish the status quo by deposing the government. Now the government started to fight against this organization which infiltrated the state, while continuing to fight against PKK and Daesh. A state of emergency was declared in Turkey. The AK Party government is now cooperating with the Nationalist Movement Party (MHP), which came to the fore as a result of the political conjuncture, to pass a constitutional amendment.

This amendment is aiming to change the system of government, instead of a full new social contract. It foresees replacing the existing faux semi-presidential system with a complete presidential system. “It is easy to criticize; however, believe me, what he is doing is really hard. He is driving a car and someone intentionally crashes into his car. But he doesn’t stop. While driving, he is repairing his car and he is changing the tires of the car without stopping,” a Parliament member and friend of President Erdoğan said about the man.  Erdoğan, it should be remembered, was sentenced to prison as soon as he emerged as a prominent politician, and faced party closure trials and memorandums that tried to force his policies in a certain direction.

Despite all the illegitimate attempts aiming to depose him, Erdoğan received 51.79% of the votes in the first round of presidential elections and became the president. The highest percentage of votes to be received by any candidate at the first round in Turkey, and one of the highest in the world. The people will vote on the constitutional amendment this spring while Erdoğan keeps driving the car. If it is accepted, Turkey will be governed with a new system.