Ahead of the UN General Assembly, President Erdogan has called for reforms within the UN and is expected to raise concerns regarding Rohingya. 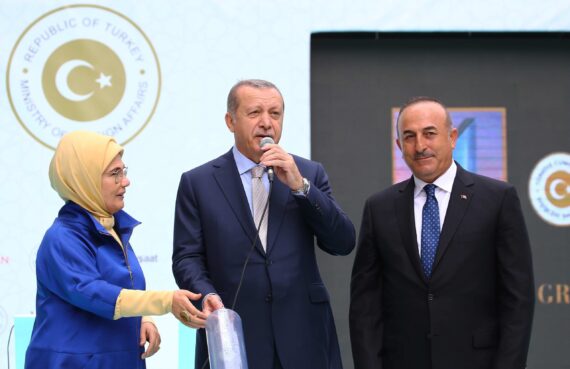 Ahead of the 72nd session of the United Nations General Assembly, President Erdogan, Foreign Minister Mevlut Cavusoglu, Deputy Prime Minister Recep Akdag and Chief of the General Staff of the Turkish Armed Forces Hulusi Akar have begun their visits in New York.

In spite of crimes that are taking place in Myanmar’s Rakhine State, Turkey has led the effort in humanitarian aid. With delivering aid through the Turkish Cooperation and Coordination Agency (TIKA), assisted by First Lady Emine Erdogan, Turkey has delivered 1.000 ton of aid to the Rohingya Muslims.

While official figures are unknown, it has been reported that over 400,000 Rohingya have crossed the border to Bangladesh. While the de facto leader of Myanmar, a former Noble Peace recipient, Aung San Suu Kyi announced that she will miss the UN General Assembly as criticism on her handling of the Rohingya crisis grows, President Erdogan is expected to deliver a speech highlighting the attempt of ethnic cleansing of the Rohingya, urging the international community to get to action.

During the groundbreaking ceremony for the building of new Turkevi (Turkish House) center in New York, President Erdogan highlighted in his speech that the UN needs “structural reform” in order to make it more inclusive and ensure that it is able to fulfill its mission towards world peace.

“Despite all it shortcomings, the UN remains the sole global umbrella organization where everyone can make their voices heard and seek solutions to their problems,” the President said. “However, the world is not the world during which the UN was founded.” Erdogan stated that the structure of what is arguably the most impactful UN organ, the Security Council, is unjust, resulting in a global organization that is unable to perform its duties as a vanguard of world peace.

“The UN needs to be reformed so that it can adapt to a changing world,” Erdogan said. “Today, reforming the UN is on the agenda. However, that reform is not what we understand from the word ‘reform.’”

His speech at Turkevi was referring to a reform-themed meeting on Monday at the onset of the UN General Assembly attended by U.S. President Donald Trump.

Trump, who had promised UN reform as one of the goals of his four year tenure said during the meeting that the organization suffered from “bureaucracy and mismanagement.”

Erdogan has on numerous occasions said “the world is bigger than five”, a reference to the five permanent Security Council members: China, France, Russia, the United Kingdom and the United States.

P5 countries have abused their veto power to defend national interests, rendering the UN dysfunctional in face of global crisis. The most recent example has been the Syrian war, which has continued for 7 years, and resulted in the deaths of hundreds of thousands of people and the displacement of millions.