Presidential Elections in Egypt and the Future of the Authoritarian Regime

The presidential elections in Egypt in March 2018 is a new step toward consolidating the oppressive regime, which was established with a global political support rather than a step towards democratization. 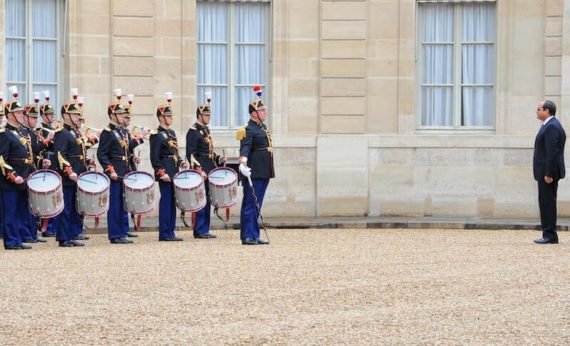 Over the past few years, the political arena in Egypt has witnessed an unprecedented period of oppression. The leading indicators of this situation can be listed as Abdel Fattah al-Sisi administration’s harsh stance towards the peaceful opposition after seizing control of the state with a military coup in 2013, the exclusion of the civilian agents in the country from political processes and growing human rights violations. One of the main reasons for the Sisi regime’s ease in practicing such oppressive policies is the silence of the leading Western democracies to the Cairo administration, as has been clearly observed throughout the period running up to the presidential election, that is to be held on 26-28 March, 2018.

Egyptians will vote for one of the two candidates, President Abdel Fattah Al-Sisi and Moussa Mostafa Moussa, the leader of liberal Al-Ghad Party, who has been a strong supporter of Sisi regime. It is observed that Moussa does not pose any threat to Sisi in the presidential race. All possible rivals of Sisi have been eliminated in varieties of ways by the state authorities in the pre-election period. What is shocking with this process is that no Western democracy issued a condemnation of Sisi regime’s ruling out all its possible rivals in the election by arresting or intimidating them. In order to illustrate the situation in a more explicit way, it would be useful to take a look at the events leading to the election period.

Several candidates stood out as potential candidates for the presidential election in Egypt, including Ahmed Shefik, who is among the prominent actors of the old regime and was a resident of the United Arab Emirates (UAE) for the past five years, the former Chief of General Staff Sami Anan, the lawyer and activist Khaled Ali who is known for his remarks opposing the Sisi regime, and Egypt’s former top auditor Hisham Geneina, who was discharged from duty in March 2016, following his statement that he would unravel the corruption in the country. After the National Elections Commission announced the election schedule, these names kicked off their efforts to officially run for the election, during which people had a glimmer of hope that different names might compete for the presidential seat. But what happened during the candidacy application period displayed the Sisi regime’s determination to hold on to the ruling power.

Ahmed Shefik, a candidate for the election, returned to Egypt from the UAE, where he has lived for the past five years, after he published a video announcing his candidacy on social media. Brought under the surveillance of security apparatus as soon as he entered the country, Shefik had to waive his candidacy following the contacts he made with intelligence officials. It was alleged that the pressure of the Sisi regime’s intelligence service has been instrumental in Shefik’s decision.

Sami Anan’s candidacy application was also rescinded as he was taken into custody because of his intention to run for the presidency. The ground for the cancellation is shown as “political engagement during his military service.” Although Egyptian authorities issued statements in line with this justification, it can be said that the cancellation of Anan’s candidacy has impeded one of Sisi’s strongest rivals.

Meanwhile, Khaled Ali and Hisham Geneina, who also attempted to run for the election, decided to withdraw after considering the judicial and physical assaults against them, the experiences of the other candidates and the political oppression prevalent in the country. Ali announced in a press statement that he would not become a candidate whereas Geneina announced his withdrawal after he was subjected to a knife attack.

On the other hand, another development that occurred in February showed that the political oppression in the country targets not only those running for the presidential election, but all the dissidents. Abdel Moneim Aboul Fotouh, who adopted a conservative-liberal political stance after leaving the Muslim Brotherhood following the Egyptian Revolution in 2011 and achieved a considerable popular support with the Strong Egypt Party he initiated, was detained after his house was raided following his criticisms of the Sisi administration in a TV broadcast. It is argued that Aboul Fotouh was detained only because of his criticisms to the regime. This incident is noteworthy as it clearly illustrates the extent the political oppression in Egypt has reached. Arrest of Aboul Fotouh drew reactions from various dissident groups in the country and human rights organizations.

The West is silent to the violation of rights

Another noteworthy aspect with regard to this oppressive environment throughout the Egyptian presidential election is the silence of the Western countries in the face of the incidents. As a matter of fact, this situation is parallel to the Western political attitudes towards Egypt in the aftermath of the coup d’état in 2013. It has been observed that many Western countries displayed a positive approach towards the Sisi regime despite the antidemocratic practices, violations of rights and economic instability in Egypt. Western countries and the Sisi regime organized many official contacts, signed partnership agreements and engaged in coordinating activities in many fields after the coup, all of which are concrete indicators of their support to Cairo.

Sisi paid an array of official visits to Italy, the Vatican and France in November 2014 as part of his European tour. Having paid visits to Germany and Hungary in June 2015, Britain in November 2015, and Greece in December 2015, Sisi also made official contacts in Portugal and France in 2016 and 2017 respectively. Similarly, many European leaders visited Egypt and contributed to the recognition of the Sisi administration as a legitimate government despite all the human rights violations it engages in. A number of politicians including the German Chancellor Angela Merkel, British Foreign Secretary Boris Johnson, Austrian Chancellor Christian Kern, Vatican Leader Pope Francis, former French President Francois Hollande and the U.S. Vice President Mike Pence paid visits to Egypt in the post-coup period.

Among these countries, France has provided a considerable degree of support to the Sisi administration in many respects. During Sisi’s France visit in 2014, Paris approved the selling of high-tech defense products, including fighter jets and battleships, to Cairo, which stirred a reaction among human rights groups. Having gained profits corresponding to multi-billion dollars from the agreements, France has maintained this approach up until today. The incumbent French President Emmanuel Macron also hosted Sisi in Paris in October 2017 and expressed his pleasure in the continuation of the cooperation between the two countries.

In response to the criticisms made on the violation of human rights in Egypt, Macron said the following words at the joint news conference with Sisi: “I believe in the sovereignty of states, and therefore, just as I don’t accept being lectured on how to govern my country, I don’t lecture others […] My deeply held conviction is that it’s in President Sisi’s interest to accompany the defense and consolidation of human rights by the Egyptian state, in the context that only he can be the judge of.” His remarks stirred controversy both in France and abroad.

Although thousands of dissident civilians have been jailed, democratic values have been breached and a strict policy that disregards the freedom of expression and press has been pursued since 2013, Macron avoided issuing any criticism on these matters, which is significant in terms of displaying the Western countries’ general approach on Egypt and the Islamic world.

Western countries have also provided economic support to the Sisi administration. Several giant financial institutions such as IMF and World Bank, credit rating agencies, global capital owners and international corporations displayed a positive approach to Egypt in the aftermath of the coup in order to consolidate the power of the Sisi regime. Long-term loans were granted to the country whereas efforts have been exerted to create a positive image for the Egypt’s economy, and attempts have been made to create an impression that global capital is eager to enter the Egyptian market. Therefore, various engagements corresponding to multi-billion dollars were contracted in the economy and investment forums organized to that end.

Along with the actors in Egypt and the Middle East, the Western democracies have a major role in the oppressive regime’s increasing anti-democratic practices that do not allow any dissident voice. Considering the stance of these countries after the Egyptian coup, it can be contended that they do not have any concerns regarding democracy or human rights and are shaping their policies in line with certain economic and political interests. It is more accurate to regard the Egyptian presidential elections as a new step toward consolidating the oppressive regime, which was established with a global political support rather than a step towards democratization, indeed the country is far from it.