Triggered by various motives, Trump’s protectionist policies against Mexico, Canada, China, the EU, and Turkey, hurts the conventional political economy of the U.S. based on the global free market regime. 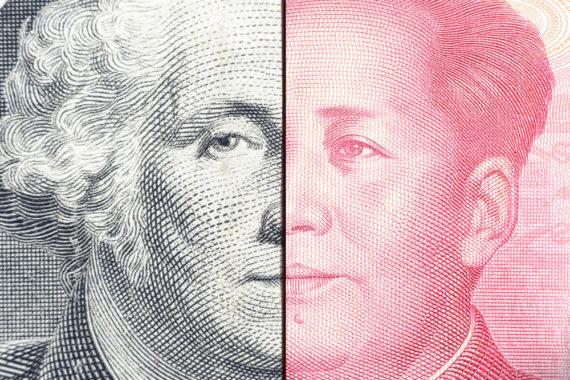 Following U.S. President Donald Trump’s tweet, “Trade wars are good, and easy to win,” in March, additional tariffs on products imported from China officially began in July. The U.S. introduced an additional 25 percent tariffs on Chinese products worth $34 billion. Trump even stated that he could obtain an extra 500 billion dollars with this move.

When the trade figures between the two countries are looked at, China is expected to be worse off in the short-term, with an estimated $15 trillion economy. According to figures U.S. trade authorities issued in 2016, China’s total foreign trade volume (imports and exports) to the U.S. amounted to $578.2 billion. $115.6 billion of this amount was sold to China and $462.6 billion was purchased from China. This shows that the U.S. has a trade deficit with China at a level of $347 billion.

The reason for the “trade war” between the two largest economies in the world is due to the fact that Trump announced an increase of tariffs – 25 percent on steel and 10 percent on aluminum. The first part of the $50 billion was implemented on Chinese technology products due to “technology abuse and unfair trade practices.” In this decision, the Trump administration relied on Section 301 of the Trade Act of 1974, which aimed to prevent what it claims are unfair trade practices and theft of intellectual property. This legislation gives the president the authority to unilaterally impose fines or other penalties on a trading partner if it is deemed to be unfairly harming U.S. business interests.

The additional 25 percent tariffs targeting China’s defense, aerospace, and manufacturing sectors include 818 products worth $34 billion – including nuclear reactors, gas turbines, air and gas liquefiers, furnaces, and commercial dishwashers. China is expected to re-engage in additional tariffs on U.S. products as retaliation. Trump complained about the fact that U.S. automotive producers paid a 25 percent tariff, while Chinese firms conducted the same job and only paid 2.5 percent.

Against Trump’s policy, China retaliated in a similar manner. In the final stage, the two countries mutually agreed to apply customs duties of 25 percent on imported goods worth $16 billion. Thus, the total volume of products covered by additional tariffs in mutual trade have increased by $50 billion. Preparations are underway in order to expand additional customs to include other products.

The rise of protectionism

While the trade war continues, opportunities for negotiations have not been completely removed. It is possible for Trump and Xi to meet at the G20 to be held in Argentina in November, and to keep track of the outcome after these bilateral talks. However, it does seem difficult to reach a solution in the short-term.

While the “winner” of this trade war between the U.S. and China is uncertain at this time, it is highly likely that this will affect the global economy. This is because mutual taxes are often linked to world supply chains – which means that the prices of many products around the world can suddenly increase. Given that the U.S. adopts tariff regulations as a bargaining item not only against China, but also the EU, Russia, and Turkey, a political and economic isolation of the U.S. is not unlikely. According to the American Chamber of Commerce (ACC), 74 percent of the members of the ACC are still planning to expand their investments in China.

Protectionism itself is behavior against the very principles of the G20. The U.S. is essentially going against the principles that it once advocated and guaranteed under the global financial system, including the World Trade Organization. More, Trump’s protectionist stance is not only applied in economics, but in the fields of politics and culture too. The Muslim Ban is a perfect example in assessing how Trump mixed these two spheres in his very early political actions. The “huge wall” to be built across the Mexican border is another example. In addition to all these, a recent row was encountered due to Trump’s announcement of extra tariffs on imports from Canada.

Moreover, as we have seen in the Pastor Brunson case, Trump insisted on using this protectionist stance as a coercive diplomatic tool. With these in mind, it is not difficult to state that Trump’s America is going against the liberal values the country once promoted, and may become unrecognizable soon. To put it bluntly, Trump does not hesitate from treating partner countries like enemies. Even though these policies adopted by the president increases his popularity among the blue-collar American voters who are suffering from globalization, they are at the same time in direct conflict with the greater interests of the country.

China, which holds the leadership in production in many sectors, is defined as the “production base of the world.” Worldwide, 90% of automobiles, 80% of computers, 50% of refrigerators, and 41% of vessels are produced in this country. With a population approaching 1.4 billion, foreign investment is attracted to the country due to the advantage of cheap labor. With this advantage, China has unbalanced trade relations with many countries. It is therefore reasonable for these partner countries to develop commercial measures against China.

As China continues its economic development by making use of the free trade system, Trump’s stance has been interpreted as the rise of protectionism. It is quite ironic to now mention the country once seen as the symbol of free trade as one implying protectionist measures. However, the president insists upon using tariffs as a tool in response to the rise of China. What is important is that Trump’s protectionist policy is a “bad example” for other partner countries with unbalanced trade relations with China.

Triggered by various motives, Trump’s protectionist policies against Mexico, Canada, China, the EU, and Turkey, hurts the conventional political economy of the U.S. based on the global free market regime.

Go to Top
Also Read
Are the Fault Lines in the Global Economy Starting to Crack Again?