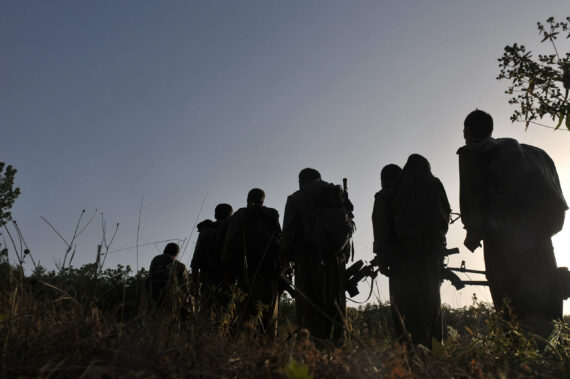 On 20 January the Turkish Armed Forces started Operation Olive Branch, which aims to clear terrorists in the Afrin region of Syria.

While numbers vary, there are between 8,000-10,000 terrorists in the region. Approximately 700 of them have been neutralized since TAF began the operation.

Unlike the U.S., which has justified its cooperation with the PYD/YPG on the basis of “fighting against DAESH,” Turkey is fighting against all terrorist groups in Syria.

Despite the fact that Turkey called for the Trump administration to stop arming and assisting the YPG, the U.S. have remained doing so. Only recently during a phone call between the presidents of the two countries it was stated that Trump promised to stop arming the terrorist group.

Although it will take a matter of time to see whether the U.S. will keep its promise, the fact that the PYD/PKK and DAESH have agreed on a deal to fight together re-emphasizes the ignorance of U.S. foreign policy in the Middle East.

Around 400 DAESH terrorists were taken to the town of Jinderes, south of Afrin.

The PYD/PKK convinced these Daesh terrorists by promising an end to their punishment, having their names struck off the terrorist list and ensuring that their home countries stop tracking them.

This not only re-iterates the argument made by the Turkish government that the U.S. ought to stop financing terrorism in order to fight against another form of terrorism, but also rebuts the absurd claims that Turkey was once apparently “helping ISIS [Daesh].”