"Racism is not an opinion, it is a criminal act!" - An Interview with Tareq Alaows on Political Representation in Germany

Tareq Alaows launched his candidacy for the Green Party to represent Oberhausen in North Rhine-Westphalia, however, he decided to withdraw due to threat calls that he received from far-right people. 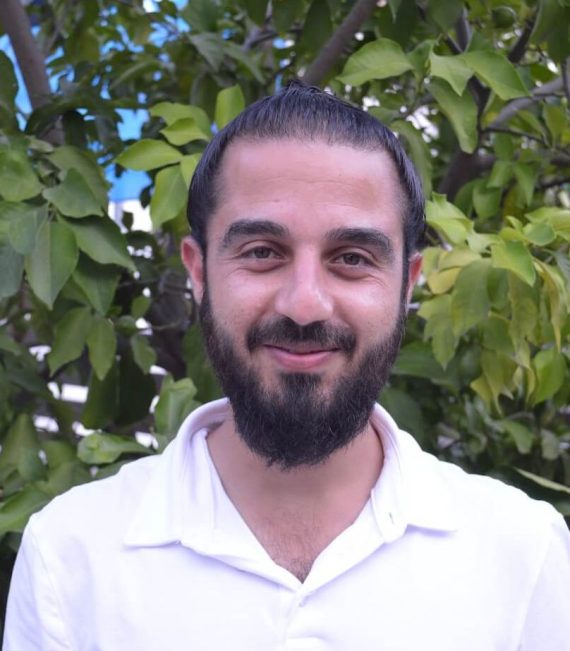 A portrait of Tareq Alaows. Image provided by Alaows for Politics Today.

Tareq Alaows is one of the initiators of the Seebrücke (1) Initiative and a member of Flüchtlingsrat (2) Berlin. In February 2021, he launched his candidacy for the Green Party to represent Oberhausen in North Rhine-Westphalia. Although there was a public interest in his candidacy, he decided to withdraw due to threat calls that he received against him, and people close to him. Politics Today interviewed Tareq Alaows about his experience as a Syrian refugee in Germany and the political participation and representation of refugees in Germany.

Q. Could you please briefly introduce yourself and tell us about your journey as a Syrian refugee to Germany?

I left Syria in July 2015. After traveling to Lesbos, Greece through Turkey, I took the Balkan route. I took most of the way to Germany from Athens on foot, and I finally arrived in the German city of Dortmund in September 2015. I had studied law back in Syria, and for more than five years now, I work as a jurist, who is engaged in providing legal aid for refugees during their asylum and residency processes in Germany. I am a political activist too and one of the initiators of the political movement called the Seebrücke. I am still a part of the coordination circle and serve as the press secretary.

Q. When and how have you become politically active in Germany?

Well, I haven’t become politically active ever since I arrived in Germany. I furthered my work in the humanitarian field, which I had started much earlier in Syria and continued here in Germany. But the central issue of my work was no longer human rights in Syria, but human rights in Germany. I took the cause for people, who came here as refugees.

I had no other choice than to become politically active. When I arrived here, I saw that our legal rights as refugees were not being properly applied in practice. I was detected in a military center in the middle of nowhere. When I wanted to buy something, I was supposed to walk five kilometers to the nearest supermarket. There were no buses or trains or any other means of transportation. After two months, I was transferred to Bochum. There, I was supposed to live in a basketball hall at a school with sixty other people. Families, men, women, children, all of us, were in one room, and we were not allowed to do anything that we wanted.

I lived in this situation, where we could not even enjoy our basic human rights for six months and I could not stand it anymore. I had to react to this situation and started an action. I organized the people in our accommodation and set a protest camp in front of the City Hall.

VIDEO: Why the Far-Right is Rising Globally – Future Prospects

Q. Quite naturally, you demanded to live in dignity. How did German authorities react to this? What was your experience with the first protest?

We managed to make our demands heard thanks to our protest in front of the City Hall. Thereafter, we were organized under Refugee Strike Bochum and continued to be active in the negotiations. We observed the implementation process of our demands in regard to the asylum policy in Bochum in the following years. We started to have regular meetings with the City Hall. There, we did only talk about our problems, but also provided solutions. The administration in the city hall was responsible and saw that we, as refugees, were a part of the solution. In the end, we learned a lot from each other.

Q. To protect your basic rights and demands, you have democratically organized and taken a political role at the local level. But what has motivated you to take an active part at the federal level?

During my political activism at the local level, I recognized that everything I said reached the German politicians in my city better than what the German activists or the political parties in the opposition were saying. Because I was talking about my life and the very conditions that I was living in. I think they could not argue against it.

And I see that I am not an exception. I know thousands of refugees from different countries, as well as people from Germany, who are doing a great job here in uplifting the refugee voices and working to maintain the human rights for refugees.

I just have been lucky to have the media attention, which helped shed light on and bring solutions to the issues we -as refugees- encountered. But the question eventually transformed into how could we represent these persons, who have arrived in this society?

Read: Germany Made Its Decision: No Future for the Far Right?

Q. So, this is how did you decide to become a candidate for the 2021 elections?

Of course. As I said, there are many German activists, who are doing a great job, but the main point was that everyone talks about refugees, but no one talks to them directly. As a person, who has first-hand experience, I wanted to be a part of this debate. The question I asked myself by then was that who could do it, if not me as a lawyer. It was also about my own rights as a refugee who ended up in Germany. As a person of color in European society, I had no other option than to become politically active. So, with my candidacy, I wanted to take a further step in this debate and help have our political debates in the right way, in a democratic way.

My key point was to show that, we, the people who came to Germany in 2015 are a part of this society and everything is possible for us even including the German parliament. So, I want my right to representation, and I am running for it.

Racism is not an opinion, it is a criminal act, and we have to name it and fight against it.

Q. What were the reactions to your candidacy in the German Parliament?

There was a huge support and solidarity behind me from all political parties, except the right-wing. Everyone was saying that this is a step that we need for the German democracy, because we do not have any person with this experience in the German parliament. But for the right-wing party, my candidacy was seen as a danger, because having me in the German parliament would mean that we were going to have this debate about the rights of refugees or minorities in Germany all the time.

People gather to stage a protest against the racist attack of the far-right extremist who killed nine migrants, 4 of which with Turkish roots, in a shooting spree in Germany's western town of Hanau on 19th of February, in front of the Prime Ministry building during Integration Summit in Berlin, Germany on March 02, 2020. Photo by Abdulhamid Hoşbaş. Anadolu Images.

I was eventually transformed from being a normal person running for candidacy to a target of racism and hate speech. People who target me are not targeting me as Tareq Alaows but target a person of color with a refugee background, a person who showed the courage to claim his rights to be represented in the German parliament.

I just run for the elections, and this is a democratic right. At the end of the day, it will be German voters’ decision to elect or not to elect me. But the right-wing party viewed it differently. They were afraid of me being elected in a democratic way and they did everything to stop me.

Q. What did exactly happen, and you decided to withdraw your candidacy?

I was receiving hundreds of comments and messages on the internet, that said that they knew where I am living, where I am walking, and where I am eating, and I had to be careful. And I saw that most of the messages were written in the “we” form, and not in the “I” form. It was like groups in the background and not like single persons. There were two people in my team, who were deleting those racist comments and messages on social media and documenting things that are relevant for my safety for the police.

I just run for the elections, and this is a democratic right. It’s the German voters’ decision to elect or not to elect me. But the right-wing party viewed it differently.

Most of the messages were anonymous and we could not tell by whom they were sent, or which persons or groups were doing it, so, there was nothing we could do. For me, it was a very dangerous situation, and nobody could calculate consequences. I had to protect my family and people working with me. I had no guarantee for my safety. So, I had to withdraw my candidacy in the elections. But as a jurist and political activist, I still defend the basic human rights of refugees.

VIDEO: Why the Far-Right is Rising Globally – Emergence

Q. What was the reaction of the Green Party, or of other political parties, to this incident?

Both the Green Party and other democratic parties learned something from this experience. The Green Party, of which I was a candidate, accepted my withdrawal from candidacy and drafted a document in order to avoid a possible future incident as such and to establish a mechanism to counsel and support victims of such racisms. I think every political party in Germany must start debates about racism in politics and work for developing awareness.

Q. Your experience, then, highlights that there are serious obstacles concerning the participation and representation of minorities in political life in Germany. How do you think it could be overcome?

This could be overcome only by empowering those people in politics, who are victims of racism and encouraging them to get involved in democratic processes. Because the only way to fight against racism in politics is to have more people with a refugee or a minority background in politics. We can talk about democracy if every group in our society, including the minorities and the newcomers, are represented. Otherwise, it is nothing but a mock debate. We need to have more democratic environments and dialogue between members of the host society and the newcomers.

We also need to work to create awareness among the youth via programs for young persons, immigrants, or non-immigrants and let them be involved in these political debates. Above all, we need to put it in a context; when we talk about refugees we talk about humans.

Importantly, all these debates and dialogues need to be translated to a legal basis. We need more clear and strict laws against racism and extremism both on online platforms and in real life. Racism is not an opinion, it is a criminal act, and we have to name it and fight against it.

Although I decided to cancel my candidacy for the German federal elections of 2021 and continue my work in the humanitarian field, I am optimistic that political parties in Germany have learned something from that experience.