Since the reunification of Germany, Muslims have been the main target of right-wing extremist attacks. 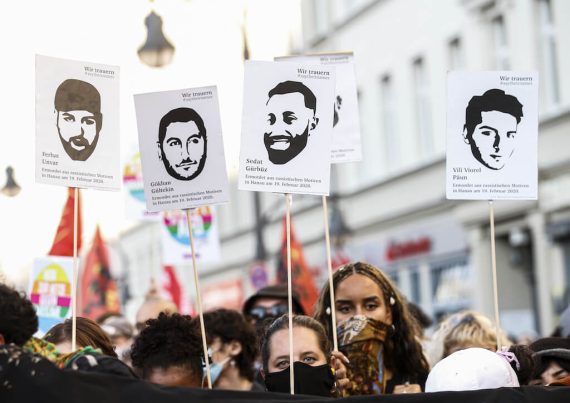 People gather in capital Berlin during a commemoration for the victims of a racist terror attack in Hanau in Berlin, Germany. Photo by Abdulhamid Hoşbaş, Anadolu Images

On February 19, 2020, the right-wing extremist terrorist Tobias R. shot nine people with a migration background in a café in Hanau, Germany. The xenophobic attack targeted Muslims and showed that Germany has a serious problem with radical right-wing terror. The new German government declared that it wants to fight right-wing terror, and now, the question is how serious Germany is about this declaration.

Right-wing extremism is not a new phenomenon

Since the end of World War II, right-wing extremist ideas have been a taboo in Germany, and the aim has been to “de-Nazify” the German population. The strategy was to prevent a similar scenario to that which occurred between 1933 and 1945. Despite this, right-wing extremist political currents can still be found today. In addition to the minor parties NPD (National Democratic Party of Germany) and Der Dritte Weg (The Third Path) or the right-wing extremist movements PEGIDA (Patriotic Europeans Against the Islamization of the Occident) and Identitäre Bewegung (Identitarian movement), the AfD (Alternative for Germany) is a symbol of how strongly right-wing extremism is present at the political level in Germany.

Read: “Racism is not an opinion, it is a criminal act!”

Although right-wing extremist attacks were a problem for society as a whole in Germany, it was not until the reunification of the Federal Republic of Germany in 1990 that the Federal Criminal Police Office of Germany (BKA) began to collect statistics for victims of right-wing extremist attacks. In 2002, the BKA introduced the system of definitions known as “Politically Motivated Crime” (PMK-System) in order to better record the number of victims. The system is considered inaccurate, and as a result the BKA’s victim figures differ from the victim figures of non-governmental organizations.

The federal government has been recording the number of victims of right-wing extremist attacks since 1990; as of September 2020, 109 victims have been registered. The newspapers Frankfurter Rundschau, Der Tagesspiegel, and Die Zeit, after a joint investigative research, recorded 187 victims for the same period; the Amadeu Antonio Foundation counts at least 213 victims.

Muslims are the main target

Since the reunification of Germany, Muslims have been the main target of right-wing extremist attacks. Between 1991 and 1993, there was an increase in racist attacks among the German population. At that time, the asylum debate was a very controversial issue, which is why asylum seekers were the main target of right-wing extremist attacks. The riots in Hoyerswerda (1991) and Rostock-Lichtenhagen (1992) were sensitive because the police, in particular, took a passive stance and even fuelled the mood against foreign citizens through populist statements.

Along with the arson attack in Solingen, the NSU (National Socialist Underground) murder series was one of the biggest state crises in Germany since the end of World War II. Between 2001 and 2006, the terrorist organization killed nine people with a migration background (including eight Turkish citizens and one Greek citizen) in various major German cities. Until the murders were solved in 2011, the media had labeled them “kebab murders,” adopting a xenophobic – if not specifically Turkophobic – stance.

German police and media claimed that the victims of the NSU murders had links to mafia groups and were killed because of debt-related issues. Racially motivated homicide was considered a possibility at the time. Even today, the NSU murder series is considered a sad climax of racist attacks and a highlight of German state failure.

Read: Germany Made Its Decision: No Future for the Far Right?

On February 19, 2020, a right-wing extremist attack occurred in Hanau in which nine people with migration background were killed, six of them were Muslims. Politicians reacted to the attack with shock. Angela Merkel, chancellor at the time, said that racism is a poison and that such attacks were aimed at dividing society. The far-right party AfD did not make a clear statement and did not classify the attack as politically motivated or right-wing extremism, but as an act of a a lone wolf.

German public reacted with shock to the attack in Hanau shows that Germany does not realize the problem of right-wing extremism.

The fact that the general public reacted with shock to the attack in Hanau shows that Germany does not realize – or does not want to accept – the problem of right-wing extremism, especially against Muslims. The number of right-wing extremist attacks on Muslims and their religious institutions increases every year. In 2020, the German Federal Ministry of the Interior (BMI) recorded 1,026 Islamophobic attacks, 103 of which were directed against mosques.

Under Merkel, Germany did not always prioritize the problem of right-wing extremist attacks. The statements by former interior minister Horst Seehofer (CSU) that Islam does not belong in Germany, the book by Thilo Sarrazin (SPD) Germany Abolishes Itself (Deutschland schafft sich ab), and the xenophobic statements by Tübingen mayor Boris Palmer (Greens) show that Islamophobic ideas can be found in all political parties. With the murder of politician Walter Lübcke (CDU) in 2019, Germany was punished for its passivity: the district president of Kassel had spoken out in support of refugees and was subsequently killed by right-wing extremist Stephan Ernst.

The roots of right-wing extremism in Germany run deep. The AfD and other parties have members who hold xenophobic views. The new minister of the interior, Nancy Faeser (SPD), at least gave some hope of Islam being accepted in German politics and society when she stated, “Islam, of course, belongs in Germany.

However, the number of victims and attacks on mosques show that the tendency further excludes Muslims from society. If Germany wants to preserve a stable political environment and avoid further polarization in society, it must be more active. Otherwise, Otherwise, more German state officials could become victims of right-wing extremist terror along with countless other innocent civilians, as in the case of Walter Lübcke. 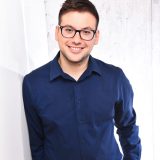