Radicalization in Egypt May Haunt Europe

Sisi’s harsh stance against the civil opposition in the country and the increasing brutality may push opponents to radicalization, which will eventually lead to further cycles of violence. Such an undesired scenario would also affect Europe as the increasing chaos would spill over to the continent through various ways and methods. It is therefore of great importance for the EU to re-consider its policy towards Egypt’s authoritarian regime. 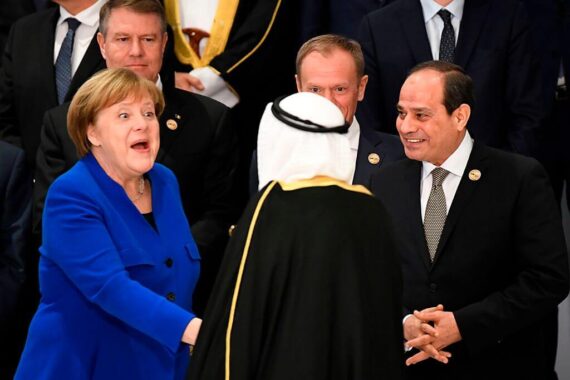 The Egyptian resort city of Sharm Al-Sheikh hosted the League of Arab States-European Union (LAS-EU) Summit, which gathered the presidents, prime ministers, kings, and high-ranking officials from 49 European and Arab states on 24-25 February, 2019. The Summit was the first ever of its kind and hosted by the Egyptian President Abdel Fattah al-Sisi. 24 EU member states attended the Summit with either their PMs and heads of states, in a show for Sisi’s initiative. The main agenda of the Summit included security, counter-terrorism, and trade and investment issues, in addition to the migration problem, which is of great importance for Europe. EU member states, especially Germany, Italy, and Greece, requested the North African countries to tackle the migration problem more sufficiently, and praised Egypt’s efforts in this regard.

However, each party had a different agenda. For the Arab League countries, the Summit is likely to produce constructive results. This is mainly because of the fact that the differences between foreign policy priorities of the member states has increasingly deepened. The Arab League’s weak response in the Palestine issue, the Syrian conflict, and the civil war in Yemen proves the ineffectiveness of the organization. For this reason, it is unlikely that EU countries will be in full cooperation with the Arab League, as there is no reliable and unified political actor.

However, the European Union strategically supports such meetings with countries in the Middle East in order to increase interactions with the region. The EU’s main aim with the Summit was to address the security concerns arising from the Arab world and to find solutions to eliminate them. In response to their cooperation for tackling these problems, EU countries offer Arab leaders political, diplomatic, and economic support in order for them to secure stability back home. This is probably the reason why the Summit was titled, “Investing in Stability.”

The EU considers Egypt’s stability as a vital dynamic that would create a much safer southern border with the Middle East and North Africa. Egypt, Tunisia, Libya, Algeria, and Morocco are regarded as a buffer to prevent the flow of migrants from Africa to Europe.

Egypt has been a key actor for Europe’s vision towards the region. The EU considers Egypt’s stability as the most important dynamic that would create a much safer southern border with the Middle East and North Africa. Regional countries such as Egypt, Tunisia, Libya, Algeria, and Morocco, can be the buffer in preventing the flow of migrants from Africa to Europe. In this regard, Brussels and other European capitals have requested bold steps from these countries in order to prevent migration. More recently, Germany has concluded an agreement with Egypt in order to provide financial assistance to Cairo in return to their utmost effort to prevent further migration. The EU seeks to sign similar agreements with other regional actors.

Being aware of Europe’s sensitivity on the issue, Egypt’s President Abdel Fattah Al-Sisi put pressure on EU countries during the Summit and emphasized that his government needs financial support for better and bolder steps in preventing migration. In justifying this request, Sisi argued that Egyptian coast guards have detained at least 11,000 illegal migrants who were traveling to Europe.

It is not only the migration issue that Sisi prioritized in the Summit. Another importance of the meeting is related to Egypt’s political stability and economic development. In order to achieve his political and economic goals, Sisi aims to garner support from European leaders and attract investment from both governments and companies. This has actually been Sisi’s main priority since the July 3, 2013, military coup. On the other hand, Sisi has been increasing his grip on power domestically. A recent constitutional change, which aims to allow Sisi to become President until 2034, was accepted by Egypt’s Parliament two weeks ago. European leaders did not object to this constitutional change, which many considered as utterly undemocratic.

Despite the recent execution of 9 young men who were accused of taking part in the killing of Egypt’s chief prosecutor in 2015, EU leaders rushed to attend the LAS-EU Summit.

This was not the only grave mistake by European capitals. They have kept a blind eye to ongoing human right abuses and executions in Egypt. Such an attitude of the Egyptian regime did not even prevent European leaders from cooperating with the Sisi regime. Despite the execution of 9 men who were accused of taking part in killing Egypt’s chief public prosecutor in 2015, EU leaders rushed to attend the LAS-EU Summit in Sharm al-Shaikh. In a further show of European support for Sisi, the final declaration of the Summit stated that Egypt is a vital country for the stability of the region. European Commission President, Jean Claude Junker, also thanked Sisi and offered cooperation by stating, “We will build the future together.”

EU countries’ policy towards Egypt may have negative consequences for the country as well as for the wider region. Sisi’s harsh stance against the civil opposition in the country and the increasing brutality may push opponents to radicalization, which will eventually lead to further cycles of violence. Such an undesired scenario would also affect Europe as the increasing chaos would spill over to the continent through various ways and methods. It is therefore of great importance for the EU to re-consider its policy towards Egypt’s authoritarian regime.