In seeking to show the world Moroccan "know-how" in this field at all costs – when Morocco has none – have the authorities sinned out of vanity? 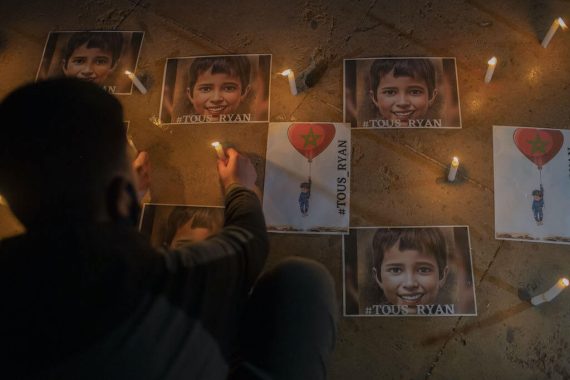 A man lights candle for the memory of 5 -year-old Rayan, died after being trapped in a well for four days in Riad district of capital Rabat in Morocco on February 6, 2022. Photo by Jalal Morchid, Anadolu Images

Morocco has always dreamed of hosting the World Cup in order to foster a positive image of itself to the world. The economic benefits, of course, are a prime consideration, but there are also other important, undeclared reasons. Yet, despite considerable efforts, thus far, Morocco has not yet managed to host the coveted cup; Morocco is busy with selling a positive image of its status as a moderate, pro-Western Muslim country, and one that spearheads the fight against “Islamist terrorism.”

To some, these titles are necessary, and especially for European politicians from all parties who are anxious to maintain good relations with Morocco because of its role as a paid policeman on the European Union’s southern border. According to international terrorism experts, including many Europeans, the “spearhead against terrorism” attribute might be exaggerated – but that is another story.

So, what a wonderful opportunity for a country whose image has deteriorated considerably in recent years after many violations of the fundamental rights of its citizens to find itself positively projected on the international scene with an event like that of the young boy Rayan, who fell into a water well near the village of Tamorot, a community located near the town of Chaouen in the mountains of northern Morocco. In this dramatic story, Morocco had everything to gain by capturing the solidarity and affection of the whole world in order to make people forget, at least momentarily, the regime’s shortcomings.

Read: Morocco’s Islamists Defeated: The Royal Palace and the People

We are not going to get into second-rate conspiracy theories such as the claims that the Moroccan regime orchestrated the fall of little Rayan for political and diplomatic gain. This is neither true nor fair. But without too much hesitation one can say that the fall of this child and the quick realization in “high places” in Rabat, the capital, that Morocco could benefit from it in the media, made it possible to exploit this episode for propaganda purposes.

We saw it. As soon as the tragedy began, all public media outlets, including radio and television stations, as well as private media outlets and the written press were all immediately put to work, with special envoys or local correspondents, to make this accident a major event in the lives of Moroccans. A tragedy that was to end with a climax: Rayan was to be brought out of his grave alive. And above all, saved by Moroccan hands.

The fall of 5-year old Rayan was a tragedy that Morocco wanted to end with a climax: Rayan was to be brought out of his grave alive. And above all, saved by Moroccan hands.

By refusing to accept foreign help, precious and experienced, by making Rayan’s rescue a strictly national affair, and by putting in place the material and technical means to succeed, the Moroccan authorities had in mind a recent, similar tragedy that shook Andalusia in 2019, a Spanish region very close to the north of Morocco. There, a child named Julen had fallen into a well and rescuers had tried to save him from a gruesome death. After 13 days of superhuman effort, the Spanish rescuers, including a team of miners with expertise in underground rescue, failed. The child was found lifeless. But, for almost two weeks, Spain had found itself at the center of the world.

Read: Stealing Innocence: The Theft of Refugee Children in Sweden

To save Rayan from the same fate, Rabat decided to send drilling equipment, rescue teams, and a state-of-the-art mobile medical unit. The official and unofficial press was put to work to make the rescue of the child the news of the moment, by reporting live and continuously, and awaiting the anticipated finale: the image of Rayan brought out alive from the bowels of the Earth by a strictly Moroccan team.

In the end, although state officials stirred the feelings of the world for five days and benefited from international solidarity and sympathy from various quarters, the child could not be saved. This was despite considerable, commendable, and self-serving efforts. According to some sources, Rayan was alive a few hours before the rescuers managed to get him out, while others believe that the child died shortly after his fall. The curtain is now being drawn back.

Today, questions and certainties remain. In seeking to show the world Moroccan “know-how” in this field at all costs – when Morocco has none – have the authorities sinned out of vanity? Did the person or persons who piloted the Rayan operation from Rabat and knowingly refused foreign help, especially that of a very experienced Spanish team that had worked on the rescue of little Julen, get carried away by a patriotic but ingenuous, even reproachful, impulse? It is difficult to answer, as the decisions taken at the top of the state are extremely opaque.

On the other hand, and this is the main backlash, during this crisis, Moroccans discovered that a significant part of their press, especially the prolific electronic sites, had a particular vision of what the National Press Council (CNP) calls “journalistic ethics.” This official body, which has so little regard for the many ignominious violations of human dignity practiced by media close to the government, suddenly remembered that a very large part of the electronic press, many of whose members had an official press card, were in fact “yellow” media.

The CNP had to wake up from its lethargy to condemn in strong terms this trashy press for having overstepped “ethical limits” by displaying “petty sensationalism to increase the number of views, among other methods, to monetize humanitarian dramas.” The CNP was obliged to detail this “petty sensationalism,” such as the publication of photos of little Rayan dying and bloodied at the bottom of the well.

While Morocco did, in fact, benefit from international media interest during the five days of this unfortunate misadventure, it was unable to achieve the climax it had hoped for – namely, to show the world the image of a living Rayan in the hands of Moroccan rescuers. Instead, Rayan unwillingly served up on a silver platter the obscene nature of this defamatory press, which is largely funded by the taxpayer.

Arguably, the only gain for the Moroccan population from this affair is a likely new legislation, which the House of Representatives of the Moroccan Parliament is reportedly preparing, to effectively regulate the illegal but tolerated practice of well construction. In the desert, south of the country, water wells are dug to alleviate the ravages of the endemic drought that prevails there. In the mountains of Morocco, to the north, wells are used to irrigate cannabis crops, the production and sale of which has just been regulated by a new law.

A very modest outcome from such a great and ephemeral media show. 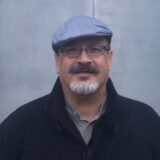