The Islamists' recent defeat in Morocco must not be viewed as a crisis in political Islam. 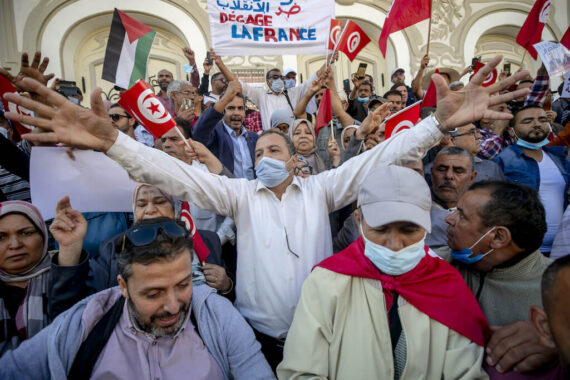 When the news circulated that Morocco’s leading political group, the Development and Justice Party (PJD), has been trounced in the latest elections, held in September, official media mouthpieces in Egypt celebrated the news as if the PJD’s defeat was, in itself, a blow to the Egyptian Muslim Brotherhood movement. Regionally, political commentators who dedicated much of their time to discredit various Islamic political parties – often on behalf of one Arab government or another – found in the news another supposed proof that political Islam is a failure in both theory and practice.

“Regionally, the news of the (PJD) failure was greeted with jubilation,” Magdi Abdelhadi wrote on the BBC English website. “Commentators regarded the fall of PJD as the final nail in the coffin of political Islam,” he added.

Missing from such sweeping declarations is that those who greeted the defeat of the PJD with ‘jubilation’ are mostly the very crowd that dismissed political Islam even during its unprecedented surge following the ‘Arab Spring’ in 2011; and the same intellectual mercenaries who unashamedly continue to sing the praises of such dictators as General Abdel Fattah al-Sisi in Egypt and the various Arab monarchs in the Gulf.

The PJD was not only defeated but almost completely demolished as a result of the vote, saving only 12 seats from the 125 seats it had obtained after the 2016 elections. The reasons behind such failure, however, are being misconstrued by various entities, governments and individuals with the aim of settling old scores and tarnishing political rivals. The ultimate objective here is to cement the status quo where the fate of Arab nations remains in the grip of brutal, corrupt and self-aggrandizing rulers, with no tolerance for genuine political plurality and democracy.

Those who insist on viewing Arab and Middle Eastern politics through generalized, academic notions have also found in the outcome of the Moroccan elections a perfect opportunity to delve further into sweeping statements. These knee-jerk, cliched reactions were boosted by the ongoing political crisis in Tunisia, the main victim of which, aside from Tunisian democracy, is the Ennahda Islamic party.

On July 25, Tunisian President Kais Saied began a series of measures that effectively dismantled the country’s entire democratic infrastructure, while concentrating all powers into his hands.

Taking advantage of the poor performances and endemic dysfunction of the country’s major political parties, including Ennahda, as well as the festering economic crisis and the growing dissatisfaction among ordinary Tunisians, Saied justified his actions as a way “to save the state and society.”

An academic with no real political experience, Saied provided no roadmap to restore the country’s democracy or to fix its many socio-economic ailments. Instead, on September 29, he appointed another inexperienced politician, also an academic, Najla Bouden Romdhane, to form a government. Saied’s choice of selecting a woman for the post – making her the first Arab woman Prime Minister – was probably designed to communicate a message of progressive politics, and to win himself more time, but towards what end?

In reviewing Saied’s political program since July, The Economist argued that the Tunisian president has “announced little in the way of an economic program, apart from inchoate plans to fight corruption and use the proceeds to fund development.”

Saied’s strategy of lowering inflation “is to ask businesses to offer discounts,” according to the London-based publication, hardly the radical reordering of a country’s devastated economy.

Frustrated by the failure to translate Tunisia’s budding democracy into a tangible difference that can be experienced in the everyday life of ordinary, unemployed and impoverished people, Tunisia’s public opinion has shifted gradually over the years. This small nation, which in 2011 had sought salvation through democracy for its sake, now links democracy with economic prosperity.

Saied’s strategy of lowering inflation “is to ask businesses to offer discounts,” according to the London-based publication, hardly the radical reordering of a country’s devastated economy.

According to a public opinion poll conducted by Arab Barometer in July 2021, three-quarters of Tunisians define democracy in terms of economic outcomes. Since the desired outcomes were not delivered under a succession of governments that ruled over the country over the last decade, a similar number, 87% of Tunisians, supported their president’s early decisions to sack the parliament. They may have hoped that Saied’s measures would reverse the rooted economic crisis. However, as it is becoming clear that Saied has no clear plan to steer Tunisia away from the tragic path of Lebanon and other failed economies, protesters are taking to the streets again, demanding restoration of democracy and the return to plurality. 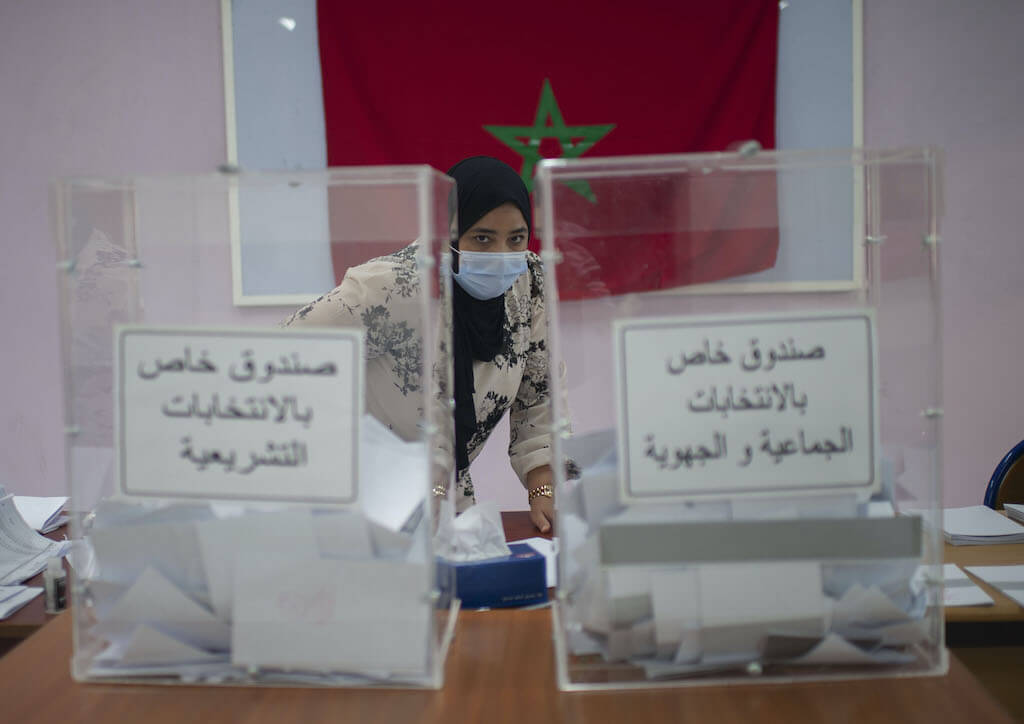 People cast their votes in the parliamentary and municipal elections, at a polling station in Rabat, Morocco on September 08, 2021. Photo by Jalal Morchidi. Anadolu Agency.

When the Arab Spring first began, starting in Tunisia in early 2011, it seemed that the fall of dictators and the rise of democracy was inevitable; also certain seemed the rise of Islamic parties, which has, indeed, registered substantial victories in various democratic elections throughout the Middle East and North Africa. Egypt’s Freedom and Justice Party (FJP) – which was founded by the country’s Muslim Brotherhood Movement – won 37 percent of the votes in the parliamentary election in 2011; Morocco’s PJD secured over 25 percent of available seats in the parliament, while Ennahda obtained 89 of 217 seats.

Then, it was common to discuss Islamic parties as if they are all branches of the same ideological – in fact, in the view of some – even political movement. ‘Political Islam’ became synonymous with the ‘Arab Spring’. Some saw this as an opportunity for ‘moderate’ Muslims – marginalized, exiled and often tortured and killed – to finally claim what is rightfully theirs; others, namely Israeli and right-wing western intellectuals and politicians, decried what they saw as an ‘Islamic Winter’, claiming that democracy and Islam would espouse an even greater anti-western and anti-Israeli sentiment.

Often missing from most of these discussions is the national context, under which all Arab politics, whether Islamic-leaning or otherwise, operate. In Morocco, for example, King Mohammed VI played his own political game to ensure the survival of the monarchy in the age of democratization. He quickly drew the Islamists nearer to him, offered a veneer of democracy, while practically holding on to all aspects of power.

Though it will take time to reach a conclusive analysis, it is possible that the PJD’s downfall was a result of its willingness to compromise on its declared principles in exchange for a very limited share of power. Indeed, at times, it seemed as if the Islamic party, elected to steer the country away from the rule of a single individual, was serving the role of the King’s official political party. This was manifested in the PJD’s acceptance and eventual endorsement of Morocco’s normalization of ties with the State of Israel in December 2020.

The Islamists’ recent defeat in Morocco, however, must not be viewed as a crisis in political Islam, for the latter is a theoretical concept that is in constant flux and is open to various, often radically opposing interpretations by different scholars and under different historical contexts.

While the PJD, for example, signed off to the King’s normalization with Israel, Ennahda vehemently rejected it. Indeed, each Islamic party seems to behave according to different sets of priorities that are unique to that party, to its socio-economic setting, political objective and, ultimately, to its own unique interests.

Instead of resorting to abstract notions and generalization, such as the “fall of PJD (being) the final nail in the coffin of political Islam,” an alternative, and certainly more sensible reading is possible:

First, most Arab voters, like voters everywhere, judge politicians based on performance, not hype, slogans and chants. This is as true for Islamic parties as it is for socialists, secularists and all others; and it is as applicable to the Middle East as it to the rest of the world.

Second, Morocco is a unique political space that must be analyzed separately from Tunisia, and the latter from Egypt, or Palestine, and so on. While it is academically sound to speak of political phenomena, generalizations cannot be readily applied to everyday political outcomes.

Third, the facts that the PJD is quietly retreating to the ranks of the opposition and that Ennahda is experiencing a substantial overhaul, are all indications that Islamic parties have, not only in theory but in practice, accepted some of the main pillars of democracy and constructive plurality: democratic alternation, self-introspection and soul-searching.

Those who have comforted themselves with the misapprehension that political Islam is dead are reminiscent, in their self-deception, of Francis Fukuyama’s theory on the ‘end of history’, following the disintegration of the Soviet Union and the temporarily uncontested rise of the US as the world’s only superpower. Such provisional thinking is not only irrational but is itself an outcome of ideologically motivated wishful thinking. In the end, history remained in motion, as will always be the case.

While the Justice and Development Party, Ennahda and other Islamic parties have much reflection to do, we ought to remember that the future is not shaped by deterministic notions, but by dynamic processes which constantly produce new variables, thus results. This is as true in North Africa as will always prove to be true in the rest of the world.