The failure of the Saudi-UAE axis in regards to the Jerusalem issue illustrates the fact that this group is in search for an order in the region, which includes the re-design of the Palestine-Israel issue. 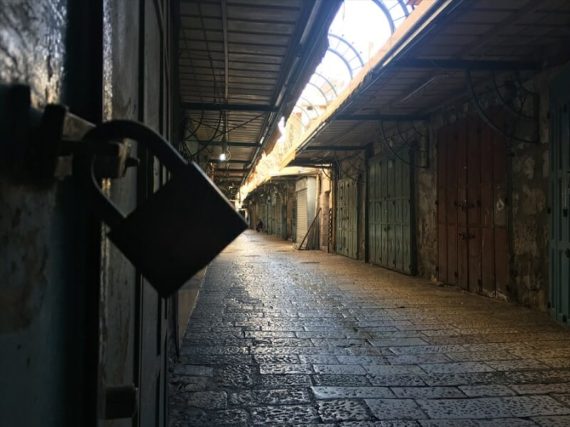 Despite the high-profile participation, the fact that the United Arab Emirates (UAE), Saudi Arabia, Egypt and Bahrain sent low-ranking representatives to the Organisation of Islamic Cooperation (OIC) summit held in Istanbul on 13 December, 2017, upon the call of President Erdogan, caused heated discussions in Turkey and the region. UAE Minister of Foreign Affairs Abdullah bin Zayed’s slanderous remarks about Fahreddin Pasha, who defended Medina during the siege of the holy city during World War One, revealed the UAE’s discomfort about Turkey’s historical responsibility for holy lands, especially Jerusalem. In this respect, discussions surrounding the UAE and Saudi position on the Jerusalem crisis, the Arab Spring, and the normalization of relations with Israel have become increasingly deepened.

The intersection of UAE and Israel policies

Criticized for its attitude towards the Jerusalem crisis, the UAE was also against the demands voiced during the Arab Spring and the political actors that the process produced. The UAE and Israel’s discomfort towards these demands and anti-Iranian notions have transformed into a synchronized foreign policy vision that support each other. While anti-Iran notions were on the rise in the Gulf, there was an increasing irritation in Israel towards the political actors of the Arab Spring. Therefore, in both the UAE and Israel, a foreign policy targeting Iran and the Arab Spring became apparent. The friendship between UAE Crown Prince Mohammed bin Zayed – the most prominent representative of this vision – and Saudi Arabia’s Crown Prince Mohammed bin Salman inevitably contributed to the rise of the latter. The crises created by Iran’s sectarian policies in Iraq and Lebanon became tools of legitimization for both the UAE and Saudi Arabia.

The UAE’s support and the UAE Ambassador to the U.S. Yousef Al Otaiba’s lobbying in favor of Salman rendered Saudi Arabia’s Crown Prince a reputable ally of Washington. Mohammed bin Salman met with U.S. President Donald Trump on May 14, 2017, before he even became Crown Prince. His close relations with Trump’s son-in-law and advisor, Jared Kushner, could be understood from the meetings that lasted for hours. Therefore, a common vision towards the region was established between the UAE, Saudi Arabia, Israel and the United States. By pursuing various initiatives, Salman and Zayed persuaded both Egypt and Bahrain to join this alliance. Kuwait, on the other hand, preferred to remain outside of this pact, taking a different position on the embargo imposed on Qatar and the recent Jerusalem crisis.

Israel would welcome any step taken away from the Palestine cause by the UAE or Saudi Arabia. While until recent events Saudi Arabia had expressed that normalization of relations with Israel depended on the resolution of the Palestine-Israel conflict, this prerequisite began to be a burden for the Kingdom, as the administration decided to normalize relations with Israel before any solution to the conflict. For this reason, the alliance formed between the UAE and Saudi Arabia – which seems to be welcomed by Israel and the U.S. – sent low-ranking officials to the OIC summit in Istanbul. The discomfort expressed by this alliance in regards to Ankara’s initiative in aiming to preserve the status of Jerusalem was clearly expressed through various statements made by the UAE’s Minister of Foreign Affairs.

Perceiving Qatar as a threat to the domination of their foreign policy framework in the region, the embargo applied on Doha was a precautionary measure taken by the Saudi-UAE alliance in order to prevent any possible opposition. However, with the support of Turkey, Qatar resisted. As listed within the sanctions imposed on the country, Qatar was demanded to withdraw its support from Hamas, a prominent actor within the Palestinian resistance movement. This clearly indicated that the embargo aimed to undermine the resistance movement in Palestine.  Moreover, allegations that the Saudi-UAE alliance attempted to force Palestinian President Mahmoud Abbas to refuse an alliance with Hamas under any conditions and to accept Jared Kushner’s so-called “Peace Plan” were widely covered in the press.

While Venezuelan President Nicolas Maduro personally attended the OIC summit organized in Istanbul on December 13, 2017, as a response to the U.S. decision to recognize Jerusalem as the capital of Israel, Saudi Arabia was represented at the same summit with a deputy minister. While the UAE, Bahrain and Egypt were represented by their ministers of foreign affairs, Kuwaiti Emir Sabah Al-Ahmad Al-Jaber Al-Sabah attended the summit in person. In this respect, the attitudes displayed by Saudi Arabia and the UAE towards the OIC extraordinary summit were not spontaneous, but were a mere reflection of an order desired after the Arab Spring. The absence of Bahraini and Egyptian leaders also re-iterate the position of these two states within the Saudi-UAE alliance.

The fact that 24 officials from Bahrain visited Israel immediately after Trump’s Jerusalem decision led to intense criticism of the regime. The Sisi regime on the other hand, while maintaining its close relations with the government of Israel, continues to preserve its strategic partnership with the UAE – a state that provided the means for the military regime to consolidate its power in Egypt.

In comparison to the states that took sides with the Saudi-UAE alliance, Kuwait approached both the Qatar crisis and the normalization period with Israel from a very different perspective. During the International Parliamentary Union (IPU) meeting held in Russia on October 18, 2017, Kuwait’s Parliamentary Spokesman Marzouq al-Ghanim called the Israeli delegates “child murderers” and demanded they leave the session.

In a letter written to Ghanim, Kuwaiti Emir Al-Sabah endorsed how the actions of Ghanim were to be proud of, adding that his attitude at the IPU was “reflective of Kuwait’s consolidation with its Palestinian brothers.” These developments highlight how Kuwait views the clandestine lobbies in the Gulf, which attempt to normalize relations with Israel. Moreover, under Ghanim’s patronage, the “Boycott, Divestment and Sanctions” (BDS) movement, an organization founded to boycott the apartheid state of Israel, organized its first regional Anti-Normalization Conference in Kuwait.

Attempting to normalize relations with Israel through shared anti-Iran notions, the UAE and Saudi Arabia failed to establish the alliance they desired in the Gulf due to the resistance displayed by Qatar and Kuwait. Attitudes of the aforementioned countries during the OIC summit in Istanbul created fervent discussions about the legitimacy of both the UAE and Saudi Arabia’s regional policies. Despite going against a U.N. resolution, by designating Israel’s ambition to legitimize Jerusalem as its capital city as one of his main foreign policy aims, Trump has caused a particular isolation of the U.S. in world politics, which has never been experienced in the country’s history.

The failure of the Saudi-UAE axis in regards to the Jerusalem issue illustrates the fact that this group is in search for an order in the region, which includes the re-design of the Palestine-Israel issue. The embargo imposed upon Qatar, Mohammed bin Salman becoming the Crown Prince, dismissals within Saudi Arabia and the Jerusalem decision could be interpreted as signs of a new order. Israel prefers the region to be secluded and in conflict with its own people rather than an order in which leaders satisfy the demands of their citizens, transfer power peacefully, are integrated with the world and provide social welfare and freedoms. This can be clearly observed in countries that ally with the UAE-Saudi axis, which nevertheless act in accordance with Israel. The Sisi regime is on the verge of chaos and economic bankruptcy in Egypt, Khalifa Haftar has undermined the political resolution proposed by the U.N. in Libya, and Saudi Arabia’s intervention in the civil war in Yemen has deepened the crisis rather than solving it. All these facts hint at a future that the foreign policy of the UAE-Saudi alliance provides.

Ultimately, substantial reactions towards Israel and the U.S. in terms of the Jerusalem decision will not hinder the UAE and Saudi Arabia’s attempts to expand their alliance together with Israel. These countries will continue to cooperate and will continue to stand against the countries that oppose the destructive policies of both the U.S. and Israel. It is not difficult to assert that the U.S. and Israel will support Arab countries that can adjust to the Jerusalem decision. Thus, for this reason, we have entered a new era that will lead to substantial transformation in the region.