As one of the founding members of the UN, Turkey will continue to keep the UN at the center of its increasing efforts in search for an effective, accountable, representative and legitimate international order. 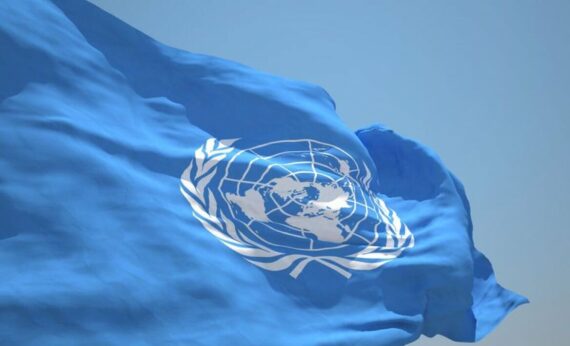 Last year, the 70th anniversary of the establishment of the United Nations was celebrated around the world; however, its endemic failures rather than its accomplishments predominated the discussions. The UN has been on the stage of world politics since 1945, when the member states gave it the ambitious mission of maintaining international peace and security. Yet the question of the UN’s legitimacy has been disputed throughout its history, and calls for structural and procedural reforms of its system go back to its establishment. Especially after the 2003 Iraq War, the tone of the critics sharpened as UN Secretary-General Kofi Annan pointed to a crisis of the international system, most notably the UN Security Council.

More than a decade has passed since Annan warned of a crisis of the international system, and the gap has continued to widen between the “distribution of decision‐making authority” in the UN Security Council and the “distribution of military, political and economic power” in the world today. The growing significance of new platforms such as the G20, and emerging group of states like BRICS, IBSA and MIKTA, challenge the distribution of economic and political power in world politics.The rise of China and India, and the growing influence of countries such as Brazil, Turkey, South Africa and Mexico, have radicalized the demand for altering the institutions, norms and practices of global governance in which the UN stands at the very heart. Today the UN Security Council system and its structural legitimacy has come under challenge in regard to its (a) unrepresentative structure with respect to contemporary geopolitical and economic realities; its procedural legitimacy is suspected on grounds of a (b) lack of transparency and accountability in the decision-making process; and its performance legitimacy is in question with respect to its (c) effectiveness in terms of a mismatch between the “goals” of the UN Charter and its resolutions.

Since the 2000s, Turkey has been one of the vocal advocates of UN Security Council reform, focusing on representativeness, effectiveness and the accountability issues.

Firstly, the Council’s structural legitimacy is being challenged by critics who question the five permanent members’ position, as well as their privilege of a veto over any Council resolution or decision, by virtue of having won a war seventy years ago. As of yet, the geographic distribution of the Council members is not truly representative in regards to the world’s population. Secondly, the Council’s procedural legitimacy is being challenged on the grounds that there is a clear lack of transparency, serious dialogue and accountability in the Council’s decision-making process.

The UNSC’s decision-making procedures are not transparent, inclusive, or based on egalitarian principles; and the morality of its “non-actions” is widely debated. The decision makers are also not accountable to the peoples who are affected by their policies and decisions. As the decisions of the UNSC began to influence more deeply the lives of individuals, the accountability of its decisions become much more significant. Thirdly, the Security Council’s performance legitimacy or effectiveness suffers from an uneven and selective record throughout its history. Prolonged crises, and weakness due to the lack of political will to strengthen the organization, have also led to continuing accusations of ineffectiveness.

SecurityBy Serhan Afacan
Since the 2000s, Turkey has been one of the vocal advocates of UN Security Council reform, focusing on representativeness, effectiveness and the accountability issues. One should note here that Turkey’s criticism towards the UN system and calls for reform is hardly new; Turkey began to express its discontent with the workings of the UN right after its establishment in 1945. Accordingly, Turkish authorities did not hesitate to express the need for an urgent UN reform during and after the Cold War era. However, since the 2000s, Ankara has been more willing to take an active role in the UN in general and the UNSC in particular. Accordingly, Turkish authorities voice loudly in many platforms that the UN system is outmoded, while a profound change is under way in world politics.In parallel with their predecessors, the AK Party rulers raise, on every possible occasion, the demand for a more representative UN Security Council. They target not only the issue of representativeness, but also the Security Council’s failure to respond effectively to humanitarian crises like the recent debacle in Syria. Ankara’s criticism towards the current UN order is best symbolized in Turkish President Erdoğan’s statement: “the world is bigger than five.” Ankara has been critical of the UN also for its inability to adequately support the developmental needs of impoverished nations. In particular, Turkey has asked the UN to concentrate more on all issues related to human rights and development.

Turkey’s criticism towards the UN system has evolved into concrete reform suggestions in the last decade.

Turkey’s criticism towards the UN system has evolved into concrete reform suggestions in the last decade. Two documents are worth mentioning in terms of Turkey’s posture towards the reform debate. Firstly, on 26 July, 2005, Turkey co-sponsored the Uniting for Consensus plan in the UN General Assembly, together with eleven other members. The plan suggested a reformed Security Council which would consist of 20 elected members, serving for a two-year term, in addition to the five permanent members. According to Turkey’s reform proposal, the General Assembly would elect twenty other members of the United Nations to be non-permanent members of the Security Council, based on, in the first instance, their contribution to the maintenance of international peace and security as well as to the other purposes of the Organization with an equitable geographical distribution. The Uniting for Consensus plan also called for improving the Council’s working methods in a transparent, inclusive, and accountable manner, including restraint on the use of the veto; procedures to ensure transparency in decision-making; accountability in performance and access to information.

Secondly, The Turkish Foreign Ministry’s 2007 report, called “Turkey’s Priorities for the 62th Session of UN General Assembly,” was remarkable in terms of documenting Turkey’s priorities and expectations from the UN across a broad spectrum. For Ankara, a comprehensive reform of the UN System cannot be completed without a reform of the Security Council. This document also reconfirmed that an expansion of the non-permanent members of the Security Council would better reflect the principle of sovereign equality. More importantly, Ankara made it clear that “Turkey attaches utmost importance to the effective functioning of the United Nations.”

Turkey’s current challenge to the international order is reform-oriented, rather than anti-systemic.

Thus Turkey’s current challenge to the international order is reform-oriented, rather than anti-systemic. From the political cosmopolitan point of view, the UN is definitely not the best, but the only available global platform that approximates the universality of norms and values. The first decade of the 2000s illustrated that Turkey has significant potential to play a bigger role in the UN platform by combining its new foreign policy vision with its long-lasting commitment to the founding principles of the United Nations, as well as its traditional foreign policy principle of “peace at home and peace in the world.”

Turkish rulers should critically and comparatively access the prospects and the limitations of the Turkish foreign policy at the United Nations during the first decade of the 2000s with that of the second one, in which Ankara lost the UN Security Council non-permanent membership for the 2015-2016 period. Turkey is one of the few states with both the potential and the vision to extend the global order that represents the vast majority of the nations. In a world that is increasingly shaped by fragmentation, it has become much more critical for states like Turkey to be more “cautious” in terms of foreign policy choices towards issues on both the regional and global scale. As one of the founding members of the UN, Turkey will continue to keep the UN at the center of its increasing efforts in search for an effective, accountable, representative and legitimate international order.