The move may indirectly drive up energy prices due to the search for alternative sources. 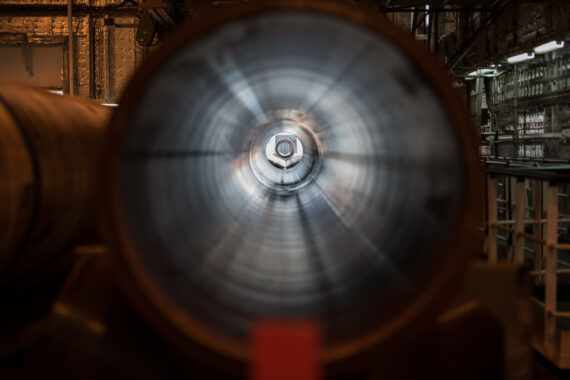 A pipe is seen inside of a construction vessel at the construction site of TurkStream and Russian company Gazprom gas pipeline’s offshore of Anapa city in the Black Sea. Photo by TurkStream Project, Anadolu Images

After Russia’s decision to place the Sakhalin-2 oil and gas project under its jurisdiction on July 1, on Thursday, July 7, Russian lawmaker Pavel Zavalny said that the same happening to the Sakhalin-1 project was the obvious next move. “When sanctions are being introduced, when the companies are effectively unable to take an active part in a project, this creates various risks for us and we are forced to make such decisions,” Zavalny said.

The project is one of the world’s largest LNG projects with an output of 12 million tons and accounts for about 4% of the world’s liquefied natural gas production, mainly supplying Asian countries such as Japan, India, China, and South Korea.

A backdoor move to nationalization?

Although the Kremlin spokesman Dmitry Peskov denied that the changes put in effect with the new decree amounted to nationalization, it endows the Russian government with control of all shares, rights, obligations, and property currently held by the Sakhalin Energy Investment Company before its transfer to a new firm.

According to the decree, a new firm, namely Gazprom Sakhalin Holding, is to be created to take over all rights and obligations of the Sakhalin Energy Investment Company, and only a Russian legal entity will be able to buy shares in the new company. It also indicates the government will control any sale or transfer of shares therefore deciding whether foreign partners will have a chance to hold their stakes.

The consortium consisted of Russian majority state-owned Gazprom (with 50% plus one share), Shell (with 27.5% minus one share), and Japanese trading companies Mitsui (12.5%) and Mitsubishi (10%).

While Gazprom keeps its stake in the new firm, within a month’s time other partners are to ask for their stakes from the Russian government. If not permitted, the government will sell their stakes and keep the earnings in an account to be sent to the shareholder or used to repay unspecified damages under the production-sharing agreement.

According to Russian newspaper Kommersant, the decree justifies the move on the grounds that the Russian state invested in the plant, and in production and transport infrastructure, and that these facilities become the property of the state under the terms of the production-sharing agreement.

Russia has been preparing a law to seize assets of companies from “hostile” countries seeking to exit. Months ago, Shell had voiced intentions to sell its stakes in the project, possibly to Indian companies, as many Western companies are looking to exit Russia.

Japan, which imports 10% of its LNG each year from Russia, mainly under a long-term contract from Sakhalin-2, has announced its companies would remain in the project. Japanese Prime Minister Fumio Kishida said that the decree has no immediate effect on Japan.

Even so, considering Japan’s view on the Russian invasion of Ukraine and the unsettling effects of the decree, Japan is looking for alternative LNG supplies to reduce dependence on Russia. Japanese Minister of Economy, Trade, and Industry Kōichi Hagiuda has recently asked his U.S. and Australian energy counterparts for more supplies.

This may push Japan to compete with Europe for alternative sources of supply therefore constricting global markets and driving prices up as uncontracted LNG is in scarcity.

According to Bloomberg, European gas prices more than doubled since the start of the year, while Asian prices increased by about a third. This implies that due to prices, LNG from the U.S. favors Europe over Asia. The competition for shipments is high while the global LNG market is expected to remain tight for the foreseeable future.

Kremlin spokesman Dmitry Peskov said Russia would not halt LNG deliveries from Sakhalin-2 and added that the future of other projects would be determined on a case-by-case basis.

What is the future of the Sakhalin-1 project?

Regarding the Sakhalin-1 project, Peskov stated that no decision had been taken on its future. Russia’s Rosneft, ExxonMobil, Japan’s SODECO, and India’s ONGC Videsh are partners in the Sakhalin-1 fields. ExxonMobil has announced it will pull out of the project in March. ONGC Videsh hopes to remain in the project and that any takeover will not impact its 20% stake.

After the departure of ExxonMobil’s technical specialists, the project faces serious problems, such as inability to fully operate the equipment, resulting in oil production decrease. On July 7, Russian Deputy Prime Minister Yury Trutnev said that oil output at Sakhalin-1 had fallen from 220,000 to just 10,000 barrels per day (bpd).

High energy prices and potential supply shortages, already fueling inflation, remain another global by-product of the Russian invasion of Ukraine and the resulting friction with the West.