Russia May Turn Idlib Into a Tit-For-Tat Game

Turkey needs to change the balance of power in Idlib in its favor in order to have a stronger position in the tit-for-tat dynamic that Russia may try to create. 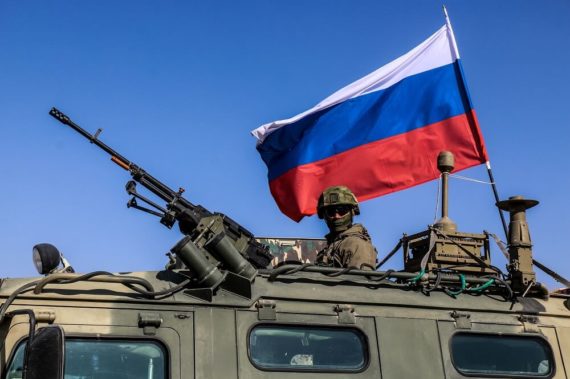 Three months ago when the Assad regime surrounded the Turkish observation post in Idlib’s Morek, I argued that Turkey needed a new approach to Idlib in order to prevent a bigger disaster. Since then, the situation in Idlib has relatively calmed down and the joint Syrian-Turkish military operation against the YPG has redirected the focus of the world to northeast Syria. The dynamic situation in this region, including the development of bilateral agreements between Turkey and Russia and between Turkey and the US in addition to the repositioning of the US to the oilfields of Syria has resulted in a general ignorance of the current situation in Idlib. Every side is using its energy to gain a bigger piece of the cake in northeast Syria, except for Iran. The latest attack on the IDP camp in Qah, in its inhuman brutality has no military purpose but was intended to shift the focus from northeast Syria to Idlib.

The dynamics between Russia and Turkey in Idlib and northeast Syria are opposite but similar to each other. The Russians demand the withdrawal of radical elements from the agreed demilitarized zone; the Turks demand the withdrawal of the Marxist YPG from the agreed safe-zone. Both sides criticize the other for not implementing the agreement and threatening the other with a military operation. However, there are also significant differences. The situation in northeast Syria is a direct threat to Turkey’s national security, but the situation in Idlib is not for Russia.

Another Turkish-backed operation against the YPG would not have costs for Russia except for the loss of additional gains and leverage. A Russian-backed operation on Idlib would be catastrophic for Turkey as Turkey can’t bear the burden of a further two million more refugees. On military terms, Russia has air superiority in Idlib, but Turkey has air superiority in northeast Syria. In all of this, the US has given massive de-facto support to Russia’s position against Turkey but does give diplomatic and rhetorical support for Turkey in Idlib.

A Russian-backed operation on Idlib would be catastrophic for Turkey as Turkey can’t bear the burden of a further two million more refugees.

In recent times, Idlib has witnessed several important developments. The 4th Division of the Syrian Arab Army of Maher al-Assad known for its ties to Iran has repeatedly failed to advance against the Syrian opposition forces and HTS or HTS-aligned groups in the Kurdish mountains of Latakia. While the resistance of the armed opposition and HTS-aligned groups in Latakia’s Kabbanah is being portrayed as a heroic one, in the end when the regime side is persistent enough and gets sufficient Russian air support, the defense line will collapse sooner or later. Such a gain would have significant effects on the military balance of power in Idlib. If the regime succeeds in gaining the upper hand in this area, it can fight downhill towards the operationally significant town of Jisr al Sughour.

In the meantime, a popular uprising against HTS in the city of Kafr Takhharim is an important proof of the social movement in Idlib which rejects the regime as well as radical groups. This will be an important asset for any policy and strategy for Idlib.

Therefore, I argue that the focus on northeast Syria should continue as much as possible and attempts by the regime, Iran, or Russia to change the focus to Idlib should be prevented by increasing the escalation in northeast Syria to force the regime to allocate reinforcements to this region and to call out the manpower limits of the regime which may prevent the regime from starting another major military campaign. In the meantime, Turkey needs to change the balance of power in Idlib in its favor in order to have a stronger position in the tit-for-tat dynamic that Russia may try to create. In this manner, it is important to note that opposition groups have sent no reinforcements from Idlib to northeast Syria, but the Assad regime had to send its Russian-trained and Russian-equipped 5th Corps due to lack of manpower.