Nothing will worsen poverty as much as a contagion of financial meltdowns on the back of stagflation and the UN should intervene timely. 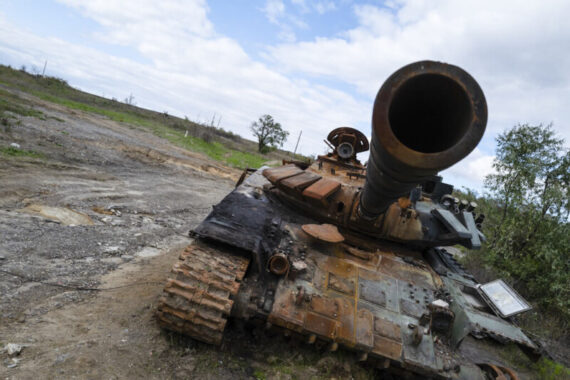 Destroyed Russian tank is seen outside of Izyum district of Kharkiv Oblast, Ukraine on October 13, 2022. Photo by Anadolu Images

n the 1990s and early 2000s, the World Bank published a series of reports under its “Voices of the Poor” project, which aimed to solve the problems of the poor by consulting them directly. “Poverty is pain; it feels like a disease. It attacks a person not only materially but also morally. It eats away one’s dignity and drives one into total despair,” lamented one woman from Moldova in 1997.

This year, again, the theme the United Nations has chosen for the International Day for the Eradication of Poverty is “Dignity.” These days much will be said and written about how poverty affects dignity, and perhaps, how low self-esteem, in turn, can make leaving poverty behind difficult. But most of it is expected to be a micro-level perspective, highlighting how poverty makes living a life with honor and dignity nearly impossible.

In normal times, such a zoomed-in view of how poverty affects a person, households, or communities is more enlightening than a bird’s-eye view of the problems covering the relationship of poverty and the economy. A micro view—for example, the story of one person—is not only more easily relatable, but also impresses upon the observer the urgency of the situation. In addition, it is perhaps more solid in terms of offering hard policy advice and an action plan.

That said, the shockwaves in the global economy brought about by the COVID-19 global pandemic have affected everyone badly, but mostly the most vulnerable. The virus might be microscopic, but the pandemic has been a macro-level phenomenon, affecting countries around the world with deaths, medical costs, swelling fiscal deficits, rising inflation, and global economic slowdown—all this only to be worsened by Putin’s war on Ukraine.

Thus, even if the poor are to be helped, macro-level measures have suddenly assumed more urgency than micro-level interventions. Economic slowdown coupled with high inflation, or  stagflation, is a big challenge for the poor who were already struggling to recover from the effects of lockdowns and global economic shutdown. Think of a fruit vendor on the street or a rickshaw driver. Such poor people suffered massively during the lockdowns, social distancing, and other COVID-related measures.

What has followed post-normalization, especially in the Global South, is that the pandemic induced shocks and the politico-economic chaos from war, including higher food and oil prices, is wreaking havoc on the poor.

These shocks have thrown economies into a vortex of macroeconomic blues such as falling exports, ballooning debt, depreciating currencies, capital flight, and expanding fiscal deficits. All these have either pushed already vulnerable countries into a default, which results in skyrocketing prices, as seen in the case of Sri Lanka and Lebanon, or forced them into borrowing arrangements with international lenders, including the IMF.

Read: How the Global Pandemic Widens the Gap between the Poor and the Rich

These loans, in turn, are provided on extremely strict conditions. Take for example, the case of Pakistan, where the IMF’s loan conditions continue to apply—at least for now—despite the floods that inundated nearly a third of the country.

There is something to be said about the need to respect the national dignities of countries as they go through these extraordinary times. The world can’t just pretend to be helping the poor with glossy reports about the lives of the poor when little is being done on the macro-economic front to avoid the economic disaster that so many countries are drifting towards.

Debt restructuring is not charity; loans are not alms. Poor countries should not have to bear the brunt of extravagant wars being waged in the relatively rich parts of the world to the pleasure of global arms producers—something that seems more like a mechanism to funnel public taxpayers’ money into private pockets.

High-income countries, international financial institutions, and intergovernmental organizations such as the UN should intervene timely and meaningfully to help countries on the edge of financial crises. It is somewhat rich to be grieving for the dignity of poor people when whole nations are being treated as collateral in a senseless war that seems only to be getting worse by the day.

Nothing will worsen poverty as much as a contagion of financial meltdowns on the back of stagflation. According to estimates by Mahler et al. (2021), the COVID-19 pandemic has thrown some 97 million people into extreme poverty thus far. That number may rise as we see the macroeconomic horrors tearing through the lives and dignities of the poor and their indebted governments as they are left pleading for debt forgiveness, debt restructuring, and financial assistance.