Russia sends clear messages to Iran, Israel, and the United States that it is the only country capable of securing stability on the shores of the Mediterranean. 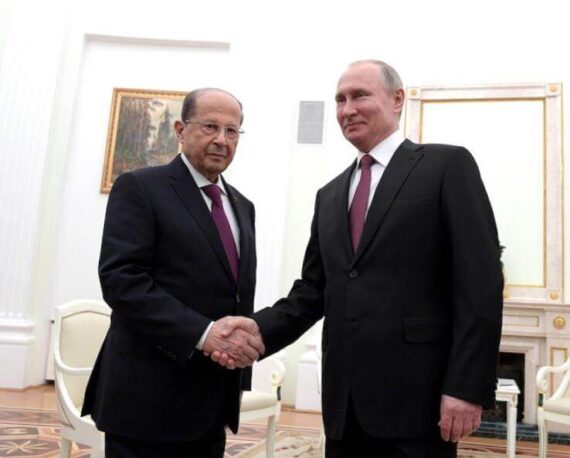 Lebanese Prime Minister-designate Saad Hariri recently completed a two-day visit to Moscow, during which he met Russian Prime Minister Mikhail Mishustin, Foreign Minister Sergey Lavrov, and a number of Russian officials. Hariri’s visit coincides with talks of an upcoming initiative by Russian President Vladimir Putin which will break the deadlock and stagnation surrounding the Lebanese crisis and facilitate the formation of a new government, headed by Hariri.

This impossible task would be achieved after Russia summons Gebran Bassil, President Michel Aoun’s son-in-law and one of the main obstacles standing in the way to Lebanon’s political normalization.

The Russian initiative comes in the midst of the nuclear talks in Vienna and with the pressure on the Iranian regime from Israeli strikes and military operations – most recently the attack on Iran’s nuclear facility in Natanz and daily airstrikes that target Iran’s militias in Syria, Iraq, and Yemen.

The fact that Prime Minister Hariri received a royal reception at Moscow airport, with President Putin’s special representative in the Middle East and North Africa Deputy Russian Foreign Minister Mikhail Bogdanov, Deputy Chief of Protocol in the Russian government Ambassador Kuznetsov, and the Lebanese ambassador to Moscow in attendance, is no minor detail. A scene which stood in utter contrast to the lukewarm reception the Hezbollah delegation received a month prior when they visited Moscow which many thought would be a chance to resolve the Lebanese stalemate.

The Russian side insists on forming a government of technocrats and stressing to their Lebanese visitors that obstructing the formation of the cabinet and impeding the normalization of political life is completely unacceptable. Thus, at the moment, Russia is more or less supportive of the initiative of French President Emmanuel Macron, which he announced on his visit to Lebanon after the deadly Beirut port explosion on August 4 which left the capital partially destroyed and thousands displaced.

Macron’s initiative, however, is dead in the water after the Lebanese political elite failed to honor their commitment to facilitate the formation of a so-called mission government, one which will carry out key structural reforms to allow Lebanon to receive a much-needed $10bn loan, which was supposedly heralded as a step pending the formation of the next government.

Russia’s current mindset vis-à-vis the Lebanese crisis, assumes that Gebran Bassil’s presidential chances are slim to none especially as his designation on the Global Magnitsky Act for corruption precludes him from running for president – at least in theory. Yet, Russia believes that Bassil’s political career can be salvaged if he is willing to cooperate with Russia, which will moderate the crisis and provide him and Hariri the much-needed political support and sponsorship.

Russia, formerly the supreme state in the Soviet Union, was dominant in the Lebanese political scene especially during the Civil War (1975-1990); however, with the collapse of communism it has struggled to regain its position which is partly dominated by the United States and partly by Iran via its Lebanese proxy, Hezbollah.

Thus, Russia wishes to reenter Lebanon with noticeable vigor, and aspires to end the long period of its absence. Consequently, it aims to undermine and neutralize the United States’ historical role in Lebanon, a role which already seems in decline under the Biden administration. Naively, Russia seeks to move Lebanon from the traditional U.S. orbit to the Russian one, and with this, Russia’s greater role in Syria will be accompanied by curbing and later putting an end to Iranian expansion toward the Mediterranean.

Abandoned by his traditional Arab Gulf patron, the Kingdom of Saudi Arabia, Hariri sees in Russia the only remaining lifeline, as Russia is in a better position than the U.S. in terms of the pressure it exerts on Iran and its militias in Syria. Russia simply has the ability to block the borders with Lebanon and Iraq, and corner Iran in Syria. By coordinating with the Israeli side, Russia can extract concessions from Iran and force Hezbollah to facilitate the formation of the Lebanese government.

Just like France before it, Russia is trying to deal with Hezbollah separately from Iran, and this is evident from it receiving the Hezbollah delegation in Moscow last month and projecting the idea that Hezbollah can decide on its own without Iranian consent. Yet, such an approach clearly demonstrates Russia’s lack of insight – not to say gullibility – about Hezbollah and Iran’s mindset. Iran, through Hezbollah and other similar proxies in the region, is in de facto control of Lebanon, and feels no need to concede to anyone at least of all to Russia.

Russia’s interest in Lebanon is beyond politics and is based on a desire to recuperate the cost of the Syrian war through their entry into future deals with the Lebanese political class in the energy and gas sector, as well as their desire to obtain the main investment of the port of Tripoli, which will play an important role in Syria’s postwar reconstruction.

Above all, Russia is interested in establishing a strong relationship with the Lebanese Armed Forces (LAF) and ultimately in replacing the United States as its main source of weapons and training. However, while the U.S. donates weapons to Lebanon, Russia will charge a high premium, and many of Lebanon’s politicians will profit from brokering such deals.

The issue of arming the LAF with eastern or even Iranian weapons is a recurrent topic which surfaces occasionally but never leads anywhere. This is because the Lebanese army is a Western-trained and -equipped organization with a solid relationship with its U.S. counterpart, and provides operational capacity for the U.S. in the Levant, a reality which cannot be changed simply by Russian wishful thinking.

Russia sends clear messages to Iran, Israel, and the United States that it is the only country capable of securing stability on the shores of the Mediterranean. While this might be true, Russia cannot claim to be a superpower by meddling in the trivial affairs of corrupt politicians like Bassil and his band of corrupters. If it truly wishes to replace the United States in Lebanon, it has to be willing to pay a very hefty price, starting, by confronting the regional expansionism of Iran, which has no constant allies or enemies, Russia might find itself a victim of Iranian aggression. In the end, opening up the Lebanese matryoshka doll might be less advantageous than President Putin thinks. 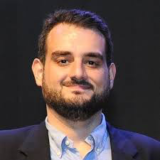