The US has not understood its longtime ally at all. Turkey wants to prevent the establishment of a PKK communist state along its southern borders at all costs. 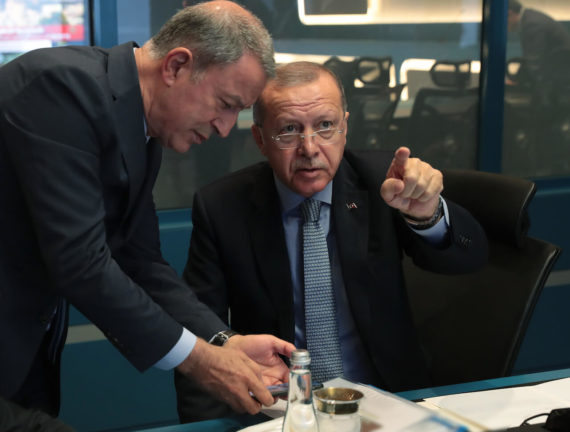 After Turkey and the Syrian opposition launched Operation Peace Spring against the PKK/YPG terror group to preserve Syria’s territorial integrity and address Turkey’s national security concerns, many states have taken steps against Turkey. The main tool used was sanctions against the Turkish government. At the time of writing, Czechia, Finland, France, Germany, Italy, the Netherlands and Norway have imposed arms embargoes on Turkey. Additionally, the Trump administration announced a set of sanctions against Turkey including new tariffs and the targeting of Turkish officials, with possible sanctions from the US Congress as well. The absurdity of all of these sanctions is that Turkey is ready to accept any kind of sanction as the cost of inaction would be of much higher. The sanctions only weaken NATO and pushes Turkey away from the western alliance.

Turkey did not start this operation hoping that the Trump administration would greenlight it. This operation was inevitable. Northeast Syria was heading towards becoming a PKK statelet and a long-term threat to Turkey’s national security and territorial integrity. Diplomatic attempts by Ankara to find a joint solution with Washington failed as the American side have not acknowledged the most important concerns of Turkey and CENTCOM torpedoed any agreements from happening.

For Turkey, the YPG presence in northeast Syria poses a threat to Turkey through their possible cross-border attacks. In this manner, the security mechanism as the US side called it could address these concerns but actually this was the less important concern of Turkey. The oft repeated sentence that the US side “understands Turkey’s legitimate security concerns” was just not true. The US has not understood its longtime ally at all. Turkey wants to prevent the establishment of a PKK communist state along its southern borders at all costs. Turkey looks to the situation in Syria from a geopolitical standpoint of view and knows that the situation in Syria would harm Syria’s territorial integrity and pose a serious threat to Turkey’s territorial integrity in the long run, opening the gates for endless wars and chaos in the already chaotic Middle East.

A second concern of Turkey is related to the situation of the Syrian refugees, which is heavily underestimated by the west. The rise in hate speech, social tensions, economic costs and the political environment in Turkey has meant that Turkey can no longer carry this burden anymore, but Turkey has found itself in a deadlock. Syrian refugees will not return to areas held by the regime or the YPG, the EU will not allow refugees to cross into Europe, and the international community is not providing enough support to Turkey for hosting such a large refugee population. Lastly, the situation in Idlib could generate a further two million more refugees. A new inflow of refugees into Turkey would destabilize one of the last islands of stability in the Middle East. Turkey had no other choice but to establish a safe-zone in Syria.

Many other costs could have emerged if Turkey would not have intervened. In order not to surpass the limits of this article, I will finish with a last danger. The PKK/YPG is  indoctrinating a new generation in northeast Syria with hatred against Turkey, and like Daesh (ISIS) indoctrination in the region, would create a long term security threat for Turkey as well. Seeing the costs that Turkey could face by not intervening in Syria, attempts by other states to impose sanctions against Turkey are useless and won’t change Turkish opinion at all. These same governments who have not imposed any sanctions against Saudi Arabia over Yemen are only satisfying themselves by doing so.

Also Read
S-400 Sanctions: What Will Be the Price Paid by Turkey?