Clear that the majority of Newcastle United fans are more excited about the new season transfers than about caring for Khashoggi murder or the war in Yemen. 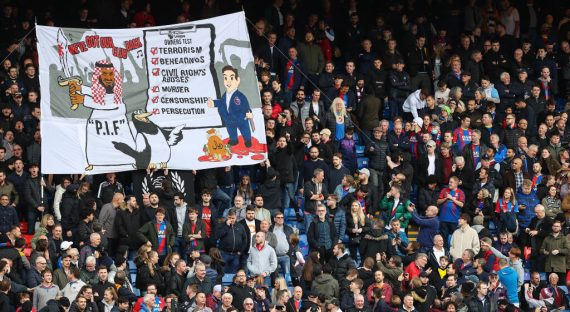 Palace fans turn to look and photograph a banner made by the Palace Ultras that criticises the new Saudi ownership of Newcastle during the Premier League match between Crystal Palace and Newcastle United at Selhurst Park on October 23, 2021 in London, England. Photo by Charlotte Wilson, Offside via Getty Images

On October 7, 2021, in the relatively calm and peaceful city of Newcastle, UK, on a walk one encounters scores of elated people around St James’ Park stadium. Some of them wear traditional clothes such as thawbs and keffiyehs, and chant and wave the Saudi Arabian flag. Although it gives a different impression at first, it is the celebration of Newcastle United’s fans who have been waiting for the sale of their club since 2017 – in fact, these are the fans of one of the richest football clubs in the world.

The purchase was confirmed following the Premier League’s announcement of the overtake of Newcastle United by a Saudi-led consortium for £305 million ($415 million). As was the case after the sale of Manchester City in 2008 and Paris Saint-Germain in 2011 to Gulf-led funds, the sale of Newcastle United raised concerns in the public opinion, bringing with it a lot of controversy regarding human rights and sportswashing.

Newcastle United was bought by Saudi Arabia’s Public Investment Fund (PIF), which is led by Muhammed bin Salman (MBS), the crown prince of the Saudi Kingdom. While the overtake has been considered for four years, it was not possible to finalize it due to public concerns, especially following the murder of Saudi journalist Jamal Khashoggi on October 2, 2018, in the Saudi consulate in Istanbul.

Read: A Dissident to Lead All Dissidents: The Legacy of Jamal Khashoggi

In the same year, the U.S. authorities stated that Crown Prince MBS is responsible for the assassination. Although, once again, questions regarding MBS and human rights violations in Saudi Arabia were raised, Amanda Staveley, a British businesswoman who helped the PIF, stated that the “PIF is very much an autonomous, commercially driven investment fund,” and  “it does not operate as part of the wider state.” “So, there is that separation,” she added.

The Premier League says it has received legally binding assurances that the Kingdom of Saudi Arabia will not control Newcastle United Football Club. The league stated that the consortium fulfilled its Owners’ and Directors’ Test which is concerned with criminal convictions of individuals. However, despite the statements made, some are still not convinced. Hatice Cengiz, Khashoggi’s fiancé, called on the Premier League not to approve the sale. She said, “It is horrifying to learn that the Crown Prince is on the brink of getting what he wants: to wash his reputation, and sully the name of sports.”

Amnesty International described the sale as an “extremely bitter blow for human rights defenders.” Moreover, according to Amnesty International, the Owners’ and Directors’ Test is not enough, and they urged the Premier League to add parts that address human rights to it. Iyad El-Baghdadi, a friend of Khashoggi, stated, “There are no institutional safeguards or checks and balances to ensure that MBS can’t use the PIF as if it’s essentially him.”

James Lynch, director of human rights organization Fair/Square, found the idea that the PIF is separate from the Saudi state laughable. However, economy and soft power are the two main reasons behind the interest in the purchase. Although all agree on the economic part, especially given that Sheikh Mansour, the owner of Manchester City, made a remarkable profit from the sale of a small stake of the club in 2019, the soft power part is considered as “sportswashing” by certain observers.

Sacha Deshmukh, Amnesty International UK’s interim CEO, has said, “Ever since this deal was first talked about we said it represented a clear attempt by the Shisaudi authorities to sportswash their appalling human rights record with the glamour of top-flight football.” Dr. David Wearing, a regular contributor to media outlets such as Sky News, stated that the purpose of the purchase is the whitewashing of the public image of the Saudi regime which is tarnished by events like its horrific human rights record and the war crimes in Yemen.

While discussion continues about sportswashing and human rights, it is clear that the majority of fans of Newcastle United are too excited about the transfers of the new season without caring about or questioning the Khashoggi case or Saudi Arabia’s war record in Yemen. 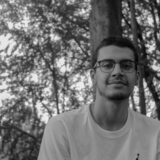 Hüseyin Bahri KURT is currently an undergraduate student at the Department of Political Science and History at Ibn Haldun University, Istanbul. He is interested in Turkish Politics, Comparative Politics and Refugee Sociology.