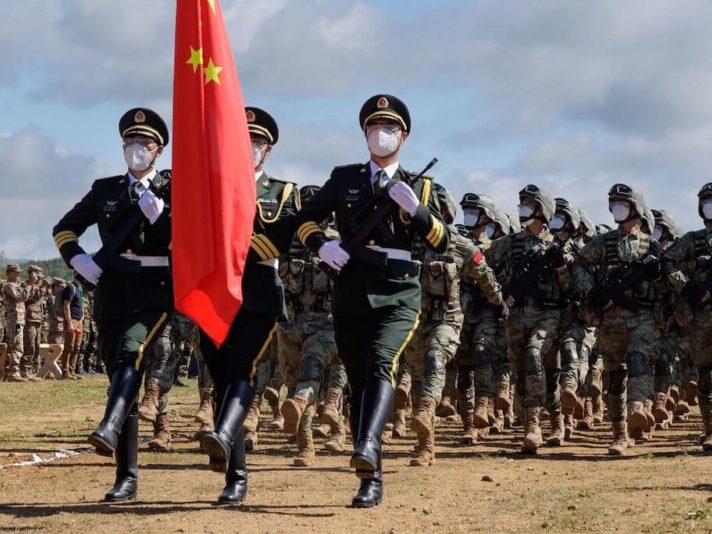 WorldBy Furkan Halit Yolcu
Read: How Does China View the Muslim World?Jinping’s visit to Uzbekistan, his first abroad visit since the outbreak of the pandemic, potentially signals a change in the international system, which is about building trust bonds that do not necessarily rely on the current set of values promoted by the status quo benefactors.

NewsBy Büşra Toprak
Below we take a closer look at the “One China” policy and Taiwan’s political status.

EconomyBy Nesibe Hicret Battaloglu
The Russian invasion of Ukraine has brought the broadened range of political, economic, and strategic partnerships of Saudi Arabia and the United Arab Emirates (UAE) with Russia and China to the fore, and renewed a scholarly focus on the two Gulf states’ pivot to the East.

WorldBy CJ Werleman
hree years ago, when the Wall Street Journal reported that China had signed a secret agreement with Cambodian Prime Minister Hun Sen granting Chinese armed forces exclusive rights to a Cambodian naval installation in the Gulf of Thailand, Beijing denounced the report as “fake news,” saying, it has “never made any such agreement as reported by foreign media outlets.

WorldBy Robert Bociaga
mid the Russia-Ukraine war in Europe, the United States has reaffirmed its commitment to counter China in the strategically vital Indo-Pacific region, by putting $2.

SecurityBy CJ Werleman
A full 80 years later, the Solomon Islands has suddenly become the centre of superpower confrontation once again, but this time between the United States and an ever-increasingly militaristic and imperialistic China.

NewsBy Dilara Ozer
hina-Lithuania relations reached a breaking point in July 2021 over Lithuania’s decision to allow a Taiwanese representative office to open under the name of “Taiwan” in Vilnius.

WorldBy Mohammad Pervez Bilgrami
China’s stand and role in the Russia-Ukraine conflict is key for the larger Russia-West conflict, and will set the tone for the U.

WorldBy Robert Bociaga
The danger, however, is that we might narrow down the issue to a narrative of authoritarian China abusing the rights of minorities and therefore needing to be confronted.

WorldBy Er-Win Tan
s a violation of international law that reneges on its commitment to respect Ukraine’s sovereignty under Article 1 of the Budapest Memorandum on Security Assurances, Russia’s February 2022 invasion is a test case that the Chinese Communist Party (CCP) in the People’s Republic of China (PRC) is watching closely to assess U.

WorldBy Ramakrushna Pradhan
hina is setting up for a return as a superpower under Xi Jinping.

How to Read Military and Trade Relations between China and Israel

WorldBy Ramzy Baroud
n article by Gideon Rachman in the Financial Times last July is a prime example of western intelligentsia’s limited understanding of China’s unhindered rise as a superpower.
12345…
678910111213141516171819
20
Go to Top