The current border security of Turkey is functional and adequate, but needs to be improved by, first, an efficient management system that coordinates the involved institutions of four ministries. Secondly, high-tech products rather than human-based solutions, mainly intelligence capabilities, appear to be an urgent field requirement to detect border threats before they are too close to combat. 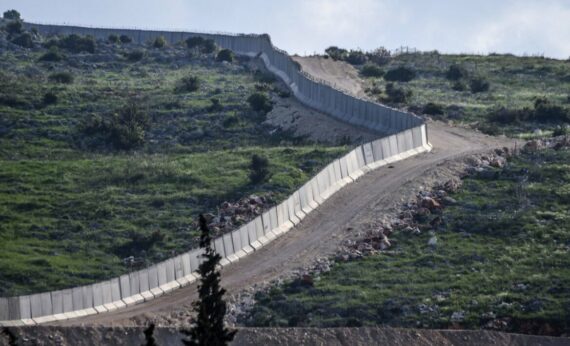 Turkey’s border security cannot be maintained only by the physical presence of border posts along the border of the country, but needs a holistic approach that requires an efficient border management system and intelligence capacity for pre-emptive measures on both sides of the border.

The Limits of Authority

Turkish law assigns three military forces to securing the borders. The Turkish Army is responsible for the protection of land borders while territory under water at the coasts is directed to Turkish Coast Guard Command and air space is under the coverage of the Turkish Air Force. But Turkish law flags the Ministry of Interior as the authorized body for the border affairs through provincial Governors. Customs, on the other hand, is under the Ministry of Customs and Trade. Hence the laws pertaining to border affairs involve three different ministries, which may make coordination more difficult, although their lines of authority are clearly demarcated. But the issues of centralization and the unity of command to cover all borders are concerns, especially if the Turkish General Staff is added to this list, since the law also gives it authority in some respects.

Turkish borders are far longer than many European borders, and have a complicated terrain. Hence the usual approach by the European Union to secure borders does not meet the realities of the Turkish border coverage. For this reason, Turkey is confronted with numerous challenges to design a new sui generis architectural structure to secure her borders in accordance with new threats, security needs, and geographical positions and domestic/foreign policy choices. Turkey needs to tighten security measures and augment the current structure along the Syrian and Iraqi borders because of the demographic facts, contradictory political strategies of outer powers, and the presence of secessionist groups.

Initially, a promising border security architecture needs to be constructed upon the regional characteristics of Turkey’s borders and its neighbourhood. The issues include illegal immigration, human trafficking, goods and drug trafficking, infiltration by terror networks, communication between divided families and tribes, reconnaissance and surveillance activities of neighbouring states, potential conflicts over disputed islands and isles, and containing crises surrounding Turkey in their countries of origin.

Aside from static factors (like geography) and a global power struggle in the Middle East, there are also other dynamics or newly-emerging factors forcing Turkey to improve security at its borders. For instance, since the 1990s Turkey has long been faced with illegal immigration stemming from migrants and refugees fleeing from conflict zones such as Iraq, Syria, Iran and Afghanistan in order to reach Europe. These problems, which no state actors aside from Turkey face, require a determined stance at the borders with active and pre-emptive undertakings to respond to all the listed concerns.

Contrary to the security picture, the relevant Turkish law limits the border security units by having them stay in designated zones except in exceptional circumstances, meaning securing the area requires an active and flexible border security strategy. An active border security strategy should have a holistic and flexible nature based on a functional decision making process that addresses concerns far beyond the borders. Regarding these static and dynamic risk factors, Turkey should reconstruct the border architecture with more ‘preventive’ security measures which would go beyond the formal distance limits determined in the applicable law.

More precisely, Turkey needs to adopt and implement a much more ‘proactive border security strategy’ than ever before, in order to meet current and urgent needs for detecting and deterring security threats. The border units must have the capability of confronting threats, mainly emanating from international terror networks.

Accordingly, national law as well as the implications of cross-border legislation should be reviewed and a “proactive border strategy” should be reformulated after determining and describing the focus and scope of the new border policy, instruments to be developed for tasks and tools to be used for control mechanisms. Likewise, this new architecture must allow dispatching through a central control center while possessing an enriched and authorized structure in terms of intelligence tools, technologically-oriented border control systems, deeply echeloned and retaliation capabilities. What is intended with the word ‘integrative’ when speaking of new border architecture is not to demarcate borders by land, sea or air but rather taking border incidents in all their three-dimensional aspects; hence using the accurate and efficient tools that are available to the state.

By adopting such a holistic approach, no matter what kind of challenges are being confronted, the crucial thing is determining the engagement rules which will be then comprehensively enforced by all government bodies, in the light of previously defined policies and strategies of the Turkish state. However along with the provincial governors who are the national authorities responsible for the administrative tasks in implementing border management policy, it is necessary to create a new organization that can coordinate the entire capabilities of the state. Hence a centralized border organization, like a Directorate of Border Security, is a vital need to track all reported events, create a rapid decision-making mechanism and guide the relevant border units in accordance with the policies and strategies of the Turkish Government. Thus, a management system for land, sea and air borders appears to be a pre-condition for efficient coordination and integration of efforts.

The second issue appears to be the intelligence organizations and assets possessed by border units. Within the overall framework of border security management, deploying the assigned (frontier) personnel in watchtowers or on monitoring/surveillance activities run by these personnel at the borders is not merely inadequate but also potentially risky. On the other hand, considering the wide terrain which a border battalion is in charge of, technology-focused solutions must be taken into account with a broader perspective of border security.

Turkey has modernized the equipment used by its border units/troops, and also has procured and deployed armored vehicles equipped with long-range detection and tracking systems in recent years. Furthermore, Turkey has developed various projects related to the procurement and use of unmanned aerial vehicle systems (UAVs) on the borders as well as accelerated procurement of foreign and domestically produced surveillance balloons. As a result of these developments, many positive steps have been taken towards implementing a comprehensive border security strategy. These efforts have without doubt contributed to securing the border and augmenting force protection of Turkish border units.

As for intelligence-driven border security, it is an undeniable fact that technology-focused solutions are crucial in intelligence-related systems. Due to the high insecurity level in risk-based environments, border guards/units on all levels should be legally authorized and equipped with high-tech intelligence systems in order to detect, deter and prevent threats effectively. In particular, the threat of infiltration or attempted attacks on Turkish troops by terrorist organizations harboring separatist tendencies deployed across the Iraq and Syria borders can be diminished by establishing an integrated and effective working intelligence mechanism.

Ground radars and thermal cameras, for instance, can be used for short range surveillance tasks. Mini-UAVs can fly up to 15 km while tactical and operative level UAVs are allotted for strategic collation tasks. But border units should see far beyond these limits to identify threats by exploiting high-tech intelligence assets of various intelligence disciplines to verify or falsify suspected border threats long before they are close to Turkish borders. The integration and coordination of border units’ intelligence gathering will provide early warnings to all positioned border units before any potential attack occurs.

The threat of terror emanating from Syria and Iraq especially calls for Turkey to prevent infiltration and attacks by these networks using effective intelligence systems. To construct such an intelligence system, Turkish border units need to extend their surveillance capacities 50-100 km at both sides of the border at battalion level for tactical purposes. Furthermore, strategic intelligence systems need to be procured that can be directed to 200 km at least. These assets are not only ground radars, but all sorts of intelligence assets. An integrated all source intelligence system; say combining assets of imagery, open source, human, measurement and signature, signal intelligence at tactical and operative level appears to be the essential system needed for border security.

In order to secure the homeland, it is key to ensure border security, to prevent the illegal crossing of humans and goods. Hence current border security needs to be bolstered with a new security architecture. The current border security of Turkey is functional and adequate, but needs to be improved by, first, an efficient management system that coordinates the involved institutions of four ministries. Secondly, high-tech products rather than human-based solutions, mainly intelligence capabilities, appear to be an urgent field requirement to detect border threats before they are too close to combat. A multi-disciplinary intelligence perception is needed to build such a system.