The EU politics towards the Syrian crisis has not been a sustainable one as they continuously attempt turning a deaf ear to the main problems. Keeping a distance to the refugee crisis and at the same time seeking to maintain domestic stability will lead to a failure, if not to a catastrophic success. 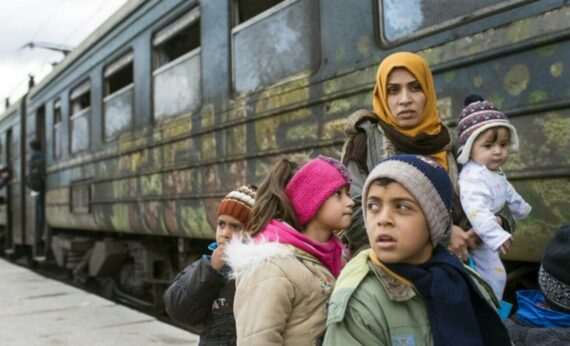 What began due to the killings of a group of Syrian teenagers, who drew revolutionary slogans on the wall of a school, has inarticulately turned into a catastrophic bellum, which is not likely to end soon. Syria has turned into a battlefield, whereby weapons, belligerents and strategies have come from foreign countries. While Syrian forces are continuing to fight for regaining control over the country, the story of the “civil war” continues. With no doubt, from the very beginning, this war is carried out by foreign powers. Therefore, to name this war solely as a civil war would be misleading. Because of that, the war in Syria, which is presumed to be a local conflict, rather fits in the context of a global geopolitical struggle whereby significant powers are involved with convergent interests.

Incompetent tinkering on how to approach Syria by European elites has resulted in a zone of chaos and disorder in Europe. Due to global shockwaves of the conflict, not only countries such as Greece and Italy, which form the borders of the EU, have been seriously affected, but also Eastern- and Western European countries. Wars waged in the Middle East have caused millions of people to flee their countries to enter Europe. Especially Eastern European countries have rigorously reacted against the influx of refugees. For example, the foreign minister of Hungary Peter Szijjarto answered the question, “Why has the Hungarian government used racist slogans”? by saying the following: “We can be hypocritical, we can continue being politically correct, so I think it is a stupid debate whether uncontrolled migration has led to the increase of terror in Europe or not, because it did. There were hundreds of thousands of illegal migrants entering the territory of the EU without knowing who they are, without any kind of registration.”

When compared to ten years ago, clearly, there is a world of difference now. Although Middle Eastern and North African states were regarded as authoritarian, at least, they had been stable dictatorships where people who were not involved in politics had decent lives. Europe had good relations with Russia, and Ukraine was a country in peace. Currently, Syria has gone up in flames and has become a source of millions of refugees.

Nevertheless, the Syrian Civil War has not only bothered EU member states with the mass influx of refugees. Prominent member states have been confronted by bloody terrorist attacks by DAESH, which has caused persistent anxiety among their citizens. Heavy responses from terrorist groups have come against the air attacks carried out by states such as France, Germany and Belgium. Subsequent to the Paris attacks, Marine Le Pen, the leader of the far right National Front party stated the following: “France and its citizens are no longer safe. Accordingly, emergency measures need to be taken. Islamic fundamentalism must be annihilated. France must ban Islamist organizations, shutter radical mosques and deport foreign hate preachers, as well as immigrants who have no business being here.” The right-wing leader in the Netherlands, Geert Wilders said the following after the Brussels attacks: “It is time to act. First of all, we must close our national borders and detain all the jihadists whom we have foolishly allowed to return from Syria. We must also tell people the truth. The cause of all this bloodshed is Islam. We need to de-Islamize the West. That is the only way to safeguard our lives and protect our freedom.”

European capitals might have considered that appealing for sanctions via the UN would have no impact on the attitude of the Assad regime. Moreover, due to the fact that the situation in Syria is incredibly complex due to the myriad of organizations and fronts involved in the war, it is feasible to predict possible backlashes.

Besides, a steady increase in far-right politics is observable in European countries in general. Mainly domestic issues, such as high rates of criminality and failed integration are regarded as the leading causes. Nevertheless, EU countries have taken these conditions into account before adopting an attitude towards the refugee crisis. In the end, Europeans are acknowledging that they are fed up with ethnic minorities and are putting the blame of faltering economies and segregated living on them. Therefore, while rightist senses are on the rise, many governments have not applied an open door-migrant policy. The ones who have applied it, have either regretted their decision, or have experienced a serious decrease in support for their parties. The consideration that migrants have not succeeded in integrating into the society, or the idea that states have failed to apply integration policies properly, brings within itself the assumption that certain parts of the society were excluded. In this respect, people who regard themselves as ‘outsiders’, express themselves in radical manners to have a voice, which again leads to harsher reactions from European states.

There is a big difference with regards to the situation of Europeans and Americans when taking the shockwaves of this conflict into account. European states are directly affected because of their geographical location. It is not astonishing that the EU has signed an agreement with Turkey to keep refugees attempting to enter the Union. The EU has received much criticism for being cynical about its adopted attitude towards the refugee crisis. In fact, practice of the Union that consists of 27 member states has nothing to do with ethics. The initial reaction of Europe on the increasing migration flow caused a blind panic. Not only were policymakers under pressure hounded by the envious eyes of far right people, but also the media did not have any idea how to approach the issue, which had obvious effects on the general public. Cancelling legal options for asylum seekers to enter Europe led to human traffickers making a serious profit while engaging in fatally dangerous activities. Also the internal solidarity within Europe has suffered after Eastern European states refused to equally allocate refugees in the continent.

What is predictable is that the shockwaves of this conflict will affect Europe as long as the war continues. Under the pressure of public opinion and right-wing parties, European states put forward statements, which appear as if there is no space for refugees on European soil. The main arguments for not accepting asylum seekers are related to the assumption that refugees will pose a threat to their prosperity and social security. They advocate for the settlement of Syrian refugees in their neighboring countries, however they are not even thinking about their own reception capacities while they are already causing serious tensions. All in all, the EU politics towards the Syrian crisis has not been a sustainable one as they continuously attempt turning a deaf ear to the main problems. Keeping a distance to the refugee crisis and at the same time seeking to maintain domestic stability will lead to a failure, if not to a catastrophic success.