Sisi thought It Was All Over, but Egyptians are Still Ready for Change

Sisi’s regime has not been able to provide political stability, find a solution to the economic crisis, and prevent deepening social inequalities and many Egyptians are willing to take the risk to make their voices heard. 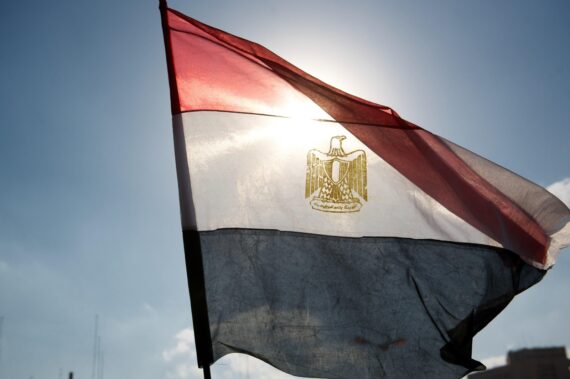 On September 20 and 21, thousands of Egyptians took to streets to protest the regime despite the fear of arrest by the security forces. Shutterstock

During the past weeks, Egypt has witnessed unexpected anti-government protests. The demonstrations were triggered by the social media posts of businessman Mohammad Ali, who did construction projects for the Egyptian military, but did not receive payments for some time. Mohammad Ali heavily criticized the Sisi regime and the Egyptian army by revealing their serious malpractices. As his videos became popular, the interest among the youth to organize protests against the regime increased. On September 20 and 21, thousands of Egyptians took to streets to protest the regime despite the fear of arrest by the security forces. While protests didn’t last long, it was surprising for many that some people would actually go to streets and protest. The regime’s responses were harsh. Hundreds of protesters were arrested in the following days. However, the demonstrations failed to produce tangible results.

The lack of international support for the protesters and the continued backing of Sisi by global actors are the main factors behind this. Egyptians know that the increasing regime pressure on civilians will not be condemned, and human rights abuses will continue to occur. Therefore, even though Egyptians wish for the regime to topple, activists were cautious to go to the streets to protest. This applies to Muslim Brotherhood members as well. As the group experienced the harshest pressure in its history under the Sisi regime, they rightly abstained from participating in protests in order to prevent further oppression.

However, the Muslim Brotherhood’s peaceful struggle for democracy has been the main motivation for a handful of protesters who could stand up against the regime. As the movement lost the opportunity for civil opposition inside the country, it had to carry its struggle outside. The movement was keen on staying peaceful and sought every means to establish a democratic system in Egypt.

One of the most important factors behind the protests in Egypt is the continuation of the democratic struggle of the Muslim Brotherhood movement, especially through the use of traditional and social media. One of the most important tools in this sense is the regime-critical television channels. Istanbul-based Mkemmelin and Sharq are two major TV channels that the Egyptian opposition use to broadcast critical coverage of the Sisi regime. These channels have millions of viewers in Egypt where state media allows no critical coverage. While the discussion programs broadcast on these channels reach millions of Egyptians via satellite, they are an alternative source of news for media organizations, which are one of the propaganda tools of the oppressive regime in the country. These programs, which have widespread popularity among young people, reveal the true face of the regime in Egypt. The Muslim Brotherhood is also supported by other political and intellectual figures in its struggle for a democratic Egypt. These efforts represent a hope for the domestic masses in Egypt and encourage them to continue their struggle for democracy.

Another dynamic that triggered the protests was the use of social media. In an environment where oppositional discourses cannot be expressed in the public sphere, young people often use social media tools for political activism. While Facebook, Twitter and YouTube, which were used extensively in the early periods of the Arab revolutions, remained popular, it has been observed that regime critical posts and publications have increased significantly.

In addition to criticism on social media, Egyptians have shown their dissatisfaction towards the Sisi regime in street as well. Sisi’s regime has not been able to provide political stability, find a solution to the economic crisis, and prevent deepening social inequalities. The regime’s spending on various sectors was also source of discomfort. The most obvious example of this is the expenditures in the defense industry. In an environment where inflation is increasing and purchasing power is gradually decreasing, the Sisi regime’s purchase of billions of dollars of defense industry products has been met with public reaction. A similar situation can also be said in the context of giant projects such as the construction of the new capital and the expansion of the Suez Canal. It is widely argued that these projects did not produce intended outcomes and were waste of public resources.

It is unclear how anti-Sisi protests will have an impact on the future of the regime. As a matter of fact, although there is dissatisfaction with Sisi within the army and political bureaucracy, there is no clear indication that regional and global actors have disregarded Sisi. On the other hand, these protests will strengthen the perception that Sisi’s image, which has been damaged in domestic public opinion, has become even more negative before these actors. Therefore, since 2013, the countries that support Sisi have been forced to consider an alternative name in case of a possible change in government.

Sisi was placed in power by regional and global actors led by the US, Israel, Saudi Arabia and the UAE with the aim of ending the revolutionary process in Egypt in 2011. Sisi fulfilled his duty by preventing the revolutionary process, prioritizing Western interests, guaranteeing the security of Israel and eliminating the Muslim Brotherhood from political life. However, given both the lack of internal stability in Egypt and the growing reaction against Sisi, it is seen that although Sisi is still a functional actor, and he has completed the mission given to him in the counter-revolution process, there may be an increasing demand for a new and more charismatic actor in Egyptian politics. Therefore, the future of Sisi will depend not only on the developments within Egypt, but also on the attitude of regional and global actors that have an impact on this country.