The escape took place at 3:35 A.M. on September 6, 2021. Six prisoners, who all shared a cell, reportedly took off their prison clothes and disappeared into the surrounding area. 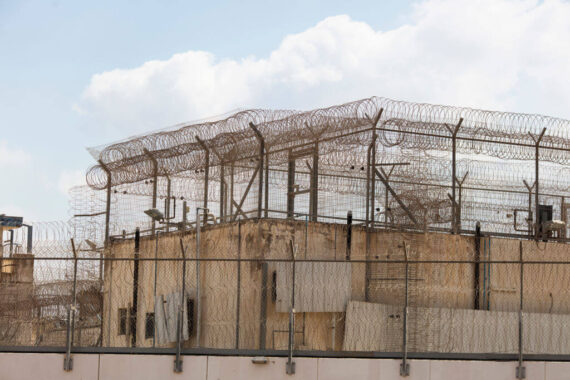 A general view of the Gilboa Prison, the most secured Israeli prison, where six Palestinians escaped through a tunnel. According to the authorities, five of the fugitives belong to the Islamic Jihad movement and one is a former commander of an armed group affiliated with the mainstream Fatah party. Photo by Ilia Yefimovich, Picture Alliance via Getty Images

Israeli security services woke up on September 6, 2021, to the shocking news of the escape of six Palestinian prisoners, whom Israel classifies as security prisoners, from the high-security prison complex of Jalboua, north of the West Bank and near the city of Beisan.

The six Palestinian prisoners who escaped Jalboua prison are:

The Jalboua prison is a high-security Israeli prison built in 2004. When it was opened, Israeli officials were quoted saying that the prison was built with the security breaches at other prisons in mind and that no one would be able to escape from it.

Thick layers of cement and iron were pumped into the prison to prevent any escape attempt. It was also surrounded by an 8-meter-high wall with barbed wire and security points, in addition to sensors, cameras, and guard dogs.

The escape, according to Israeli sources, took place at 3:35 a.m. on September 6, 2021. The six prisoners, who all shared a cell, reportedly took off their prison clothes and disappeared into the surrounding area.

Palestinians have received the news of the escape with celebrations – some are distributing sweets in the streets of the Gaza Strip and the West Bank.

This “Prison Break”-like operation was apparently quite complex. Based on the released video of the uncovered tunnel, the prisoners must have used basic utensils to dig the tunnel such as spoons that couldn’t be spotted by the Israelis. The process of digging is said to have taken around three years.

A prime example is Hamza Younis,  a former Palestinian prisoner, who managed to escape without being detected three times. Younis made it to Lebanon after his third escape attempt and every time, he would challenge the prison administration that if caught, he would escape again.

Currently, there are 4,850 Palestinian prisoners in Israeli prisons. Among them 41 are women, 225 are children, and 540 are held under administrative detention without charge or trial.

Time will only tell if the six Palestinian prisoners will remain free, but what is certain is that their success at digging a tunnel and escaping undetected is a blow to Israeli security which failed to uncover their plan.