Social networks, which were initially introduced as the public spheres where different views can be expressed without any oppression and which was expected to make great contributions to democratization, are the most effective instruments threatening democracy and participatory culture today. 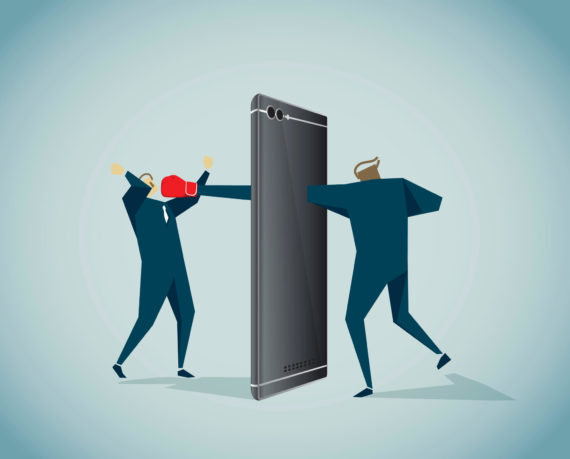 In his work The Structural Transformation of the Public Sphere, German sociologist Jürgen Habermas, a leading name in social theory, states that mass media is a key component of the public sphere. According to him, with the emergence of mass media (press, newspapers etc.) in the 17th century, the bourgeoisie gained a medium through which they could freely express themselves. Thus, new discussion spaces and news platforms independent from political power emerged. Newspapers, which originally created an active discussion opportunity in the public sphere, evolved into the mouthpiece of certain classes with commercial interests within time. Mass media’s control of the public sphere and the market dominance of certain organizations via mass communication tools have been conceptualized as the “re-feudalization of the public sphere.”

The active use of social networks in a number of social movements such as the Orange Revolution, the Iranian Green Movement, Occupy movements, Arab uprisings and Gezi Park protests heated the debates regarding the role of media in the public sphere. A comprehensive body of literature emerged in this context with the reestablishment of a positive relationship between democracy and mass media. As a result, the most common approach asserted that the novelties introduced by internet technologies would contribute to democratic processes and support democratization. It was also projected that the novelties would remove the barriers before the liberalization of societies and consolidate the transparency principle.

This approach mainly contends that internet technologies that are regarded as an instrument for transformation would offer more autonomy, equality and democracy opportunities to societies through the 21st century. In a study conducted during the early 2000s, when the internet had just started addressing large masses, it was argued that the electorate would unite with other nations and create an unprecedented global political presence thanks to electronic communication means, and that the internet would be used more effectively thanks to this. In this framework, the opinion suggesting that internet technologies, new media and social networks raise consciousness in society and contribute to democratic processes by easing organization activities has been approached through different lenses.

Effects of the social media on politics and the public sphere can be divided into two periods: first, fostering democratization movements in authoritarian regime, but second, enabling interfering with politics through manipulation.

Viewing the effect of social media on politics and the public sphere, it is possible to categorize the effect into two different periods. During the first period, social media’s positive role was visible particularly in starting democratization movements in authoritarian regimes and raising public awareness on liberties in many countries. During the second period, on the other hand, which reached its pinnacle during the 2016 U.S. presidential election, new media tools started interfering with politics while socio-political life has been manipulated through these tools.

In reference to the trending notion of post-truth, we can say that we are living in a world of simulation where the truth has lost its value and perceptions overcome realities. According to this view, the current societal environment is a place where perceptions created in digital platforms have replaced reality and social factors have been pressed upon by technology. In his classic work The Net Delusion: The Dark Side of Internet Freedom, Evgeny Morozov states in a striking tone that internet technologies in fact do not contribute to democratization, but contrarily serve to consolidate authoritarian tendencies and suppress liberalization discourse. Criticizing the all-positive approaches that praise technology and internet and calling them “cyber-utopianism,” Morozov manifests in his work that the other side of the medallion is pretty dark.

Gustave Le Bon’s arguments are particularly seminal in analyzing the prevalent atmosphere in web-based social networks from the perspective of mass psychology and rising lynch culture. In his book entitled The Crowd: A Study of the Popular Mind, Le Bon defines the crowd as a community where different individuals gather and assume a new character. The individual, who is relatively rational in his/her own world, starts acting with a different psychology in the crowd and engages in actions that are in line with the character of the crowd. According to Le Bon, the individual’s conscious character disappears with his/her inclusion in the crowd since collective consciousness replaces individual consciousness.

We are living in a world of simulation where the truth has lost its value and perceptions overcome realities.

Sharing fake contents and subjecting some institutions or persons to lynch campaigns without questioning them are among the most distinct features of the mass psychology seen on web-based social platforms. Without feeling a need to question the validity of any content, individuals are steered by the political communities they belong to and being party to the lynch culture. The social networking sites, blogs and other popular internet platforms in Turkey comprise a power domain where a specific worldview is dominant and diversities are repressed with the lynch culture. Those who share contents that do not comply with the views of the dominant forces are subjected to the most sophisticated forms of lynch culture and end up being marginalized. The fact that the groups who accept the beliefs of their own communities as the absolute truth display minimum levels of lenience towards the others shows that these platforms, which are claimed to be democratic and all-encompassing, can be highly exclusivist.

The sociological panorama of Turkey within the discourse of polarization does actually demonstrate that Turkey’s social structure has been unipolar so far. Considering the synchronized and full-scale manipulation activities and the close interest that foreign media outlets have had in Turkey in the recent period, it can be seen that social networks and conventional media outlets play a major role in the organized attempts to disrupt conservative politics and lifestyles. The news that target the current government (such as the latest debates on cultural hegemony) are systematically and simultaneously put on the agendas of similar circles in dissident and foreign media outlets and social networks, which shows the synchronization of such attacks.

Internet platforms are far from being public spheres that enable the free expression of diversities and different opinions.

All the dimensions of this full-scale attack can be seen in the manipulations by ostensibly impartial public figures, which have millions of followers on Twitter and Facebook, through fake contents and the repeated publication of such contents by dissident websites. In the run up to the Istanbul mayoral election, the disinformation produced in social networks has been targeting reputable institutions, which manifests the political motivations of the circulating strategies. All in all, social networks, which were initially introduced as the public spheres where different views can be expressed without any oppression and which was expected to make great contributions to democratization, are the most effective instruments threatening democracy and participatory culture today.

When the popular virtual platforms and ostensibly anonymous content sharing sites in Turkey are viewed, it is seen that all kinds of radical tendencies can freely express themselves whereas characters such as inclusiveness and lenience are hardly present. Especially groups who have different political opinions are subjected to all kinds of manipulation and debarred from the means of self-expression in psychological ways. Therefore, the positive correlation established between social networks and democracy must be scrutinized and reconsidered.

Currently, internet platforms are far from being public spheres that enable the free expression of diversities and different opinions. As Hubert Dreyfus contends in his work On the Internet, it is impossible for the internet, which does not make inter-corporeality possible and where almost everyone can express opinions on anything without taking any risk, to create an “electronic public sphere.”