Some Myths about the YPG

Abandoning the myths about the YPG would serve the US interests. Then comes the hard task of crafting a realistic Syria policy that is coordinated with Turkey and one that can achieve lasting stability. 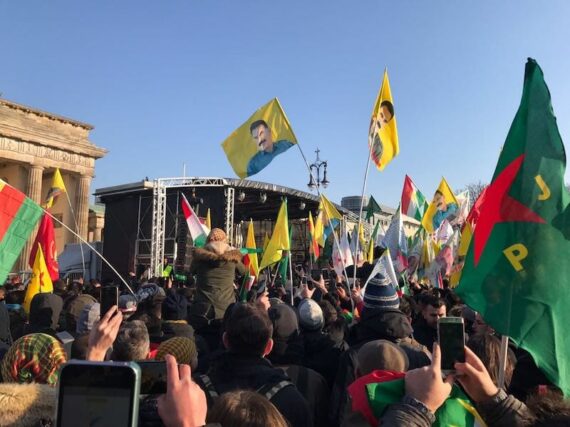 Ever since Turkey launched Operation Olive Branch in northwestern Syria, its goals have been mischaracterized and quite a few myths continue to thrive. One of these is that Turkey is conducting the operation because it cannot tolerate any “Kurdish” gains in northern Syria. It has become commonplace to describe the PKK-linked YPG as “American-backed Kurdish militias” or simply “Kurds” as if they represent the majority or all of Syrian Kurds. In fact, the YPG has sought to dominate the region at the expense of Kurdish groups not aligned with the PKK.

Back in the fall of 2014 during the battle for Kobani, the YPG refused to allow a large contingent of Peshmerga forces to help with the fight against Daesh. At the time, Turkey had even allowed the Kurdish Peshmerga forces from Iraq to travel through its territory – a first in Turkish history – to arrive in Kobani. From the beginning, the YPG has only been interested in creating a PKK stronghold in northern Syria. This is clearly unacceptable for Turkey but it is a far cry from an “obsession” with any Kurdish political gain in Syria. If anything, Turkey has encouraged unity among Syrian Kurds and sought to convince the PYD to join the opposition forces against Assad. Turkey also supported non-PYD Kurdish representation in a national dialogue congress.

Another major myth has been the YPG’s “effectiveness” as ground forces against Daesh. It should be remembered that the PYD had made a deal with the Assad regime at the beginning of the Syrian uprising. It was only after the sudden rise of Daesh that the YPG started to promote itself as “staunchly secular” and fearless fighters against Daesh. The Obama administration decided to utilize them as “local partners” against Daesh in an environment where the American public was opposed to any “boots on the ground.” Ever since then, the YPG has dominated the military battlefield largely thanks to US military support including critical air cover and protection.

The devil’s bargain continued under the Trump administration but the YPG’s utility is now proving limited at best. The political commitment of the YPG to the PKK’s goals in Syria is so strong that they announced that they would redeploy their forces from the Daesh fight to Afrin against Turkey. The irony should not be escaping anyone that the YPG is willing to abandon the fight against Daesh – the very rationale for the US support – in order to fight a US NATO ally. Some analysts have suggested that the US can broker a deal with Turkey and somehow convince the YPG to sever ties with the PKK. However, Turkey’s Afrin operation has exposed that the congruity between the two is so deep and organic that the PKK’s strategic and political goals take priority over the fight against Daesh.

The myths about the YPG can be maintained so far as the US policymakers choose to ignore realities on the ground for political expediency or the lack of a coherent Syria policy. Turkey’s Afrin operation has already exposed many of the ill-conceived notions about the YPG. It is time for the US to coordinate with Turkey strategically and rely on its NATO ally for its policy goals. Establishing stability in northern Syria is a common goal but it cannot come at the expense of Turkey’s national security. Ensuring that Daesh does not come back is also a common goal but the YPG cannot be relied upon to achieve it. Abandoning the myths about the YPG would serve the US well. Then comes the hard task of crafting a realistic Syria policy that is coordinated with Turkey and one that can achieve lasting stability.

Also Read
Why Russia Protects the YPG in Syria