What are the Implications of America's New Syria Policy for Turkey?

The U.S. policymakers in charge of the Syria policy would like to see Turkey enlisted on their side in their push back against Iran in the region and they must see an interest in alleviating at least some of the Turkish concerns 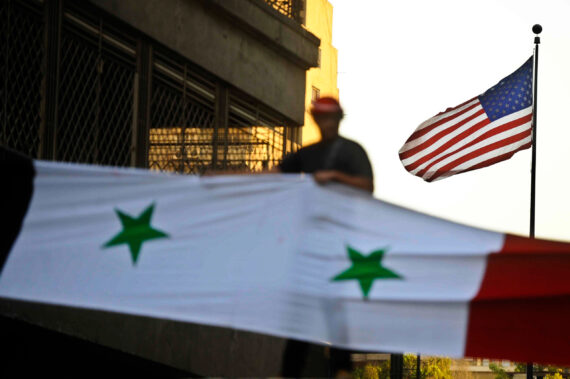 The disagreement over the control and status of the Syrian town of Manbij has been a symbol of the strategic differences between the U.S. and Turkey’s Syria policies for a while now. Turkey’s successful military operation in Afrin led to the announcement of a roadmap over Manbij, which relatively calmed down U.S.-Turkey tensions. However, the U.S. continued to support the PKK-affiliated YPG forces in a stated mission to deny a return to Daesh in northern Syria.

With Daesh no longer holding territory, this mission did not appear to provide convincing rationale for a prolonged American presence on the ground. More recently, the U.S. ended its ambiguity by announcing an open-ended presence in Syria declaring a mission to limit Iranian influence in Syria as part of a broader strategy to confront Iran in the region.

With this critical shift in strategy, the U.S. commitment to northern Syria seems to be set in motion for the long term. One of the first concrete outcomes of this change appears to be the administration’s stern warnings against a regime operation against Idlib, which would have caused yet another humanitarian catastrophe.

Turkey sent reinforcements to its observation posts in and around Idlib to prevent the regime from an easy takeover while lobbying Russia to prevent such an operation. The U.S. rhetoric against the looming operation may have helped Turkey’s case, convincing Russia to hold off at least for a period of time in return for the Turkish promise to push terror groups out of Idlib.

Another consequence of the U.S. policy change seems to be the announcement that the PYD would no longer negotiate with the Assad regime. This step seems to be aimed at softening the Turkish argument that the U.S. should not trust the PYD, which would work with the Assad regime, Iran or Russia depending on its needs. This argument still holds true despite the PYD’s obvious tactic to appease its American supporters, who are clearly concerned about the degree to which the regime is supported by Iranians.

The PYD has played a critical role in the PKK’s regional ambitions by opening the door for legitimacy in the international arena despite Turkey’s warnings. Turkey has been able to limit the PYD’s forays into the western side of the Euphrates but the area it continues to control remains a major concern for Turkey.

The U.S. policymakers in charge of the Syria policy would like to see Turkey enlisted on their side in their push back against Iran in the region and they must see an interest in alleviating at least some of the Turkish concerns. This kind of willingness to work with Turkey and the most recent announcement of joint Turkish-American patrols around Manbij can help rebuild confidence between the two NATO allies.

Nevertheless, we should be clear-eyed about the reality on the ground of the U.S. support for the PYD, which is considered by Turkey as a direct security threat. This will continue to be the Achilles’ heel in the U.S.-Turkey bilateral relationship. The PKK understands this and will seek to exploit it for its interests.

Turkey feels more confident after its Afrin operation, the Manbij agreement with the U.S., and the successful diplomatic effort to prevent the Assad regime from launching a major military assault against Idlib, supported at least rhetorically by Washington. These are strong signs for a renewed dynamic that takes into consideration Turkey’s interests and concerns. But once again, American support for the YPG continues to be the underlying fundamental strategic divergence between the two allies, with significant potential to undermine any positive momentum.